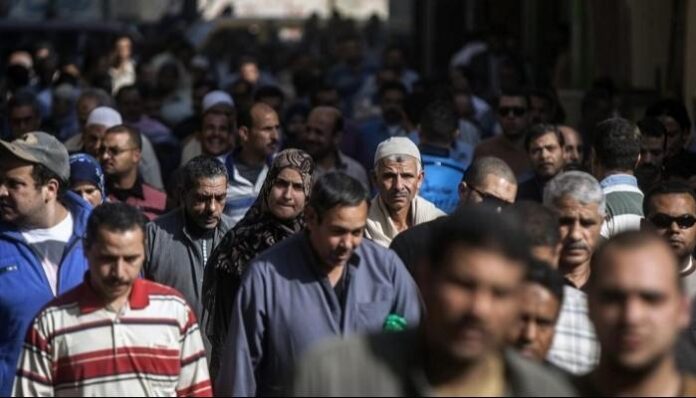 A few days ago, a married couple, over 50 years old, from the village of Dakma in the Menoufia Governorate, committed suicide by eating a poisonous grain, leaving behind six children, to escape the hardship of living, the accumulation of debts, and their inability to pay them. This is not a unique incident, as it has become almost regular news in Egypt, which is going through a severe economic crisis that has crushed the poor and strongly threatened the middle class.

According to official government data, the poverty rate in Egypt before the Corona pandemic was 29.7% or about 30 million citizens. The extreme poverty rate (the inability to spend on food alone, “the cost of survival”) reached 4.5%, equivalent to 4.5 million people. In 2019, the World Bank, which cooperates with the Egyptian government in many development programs, estimated that “60% of Egypt’s population is either poor or at risk of poverty.” So far, there are no official figures about poverty rates after the Corona pandemic. Still, many studies expected their increase, including a survey issued by the Governmental National Planning Institute in May 2020, which predicted that the effects of Corona might lead to a rise in the poverty rate between 5.5 and 12.2. %, equivalent to 5.6 million to 12.5 million people, according to the population at that time. Also, there are no official figures about the poverty rate after the economic crisis that the country has been witnessing since the beginning of this year, and the subsequent economic measures, most notably the flotation of the pound, which decreased its value against the dollar from 15.7 pounds to 24.5 pounds per dollar.

The announced indicators tell us that situation is terrible and that poor people have reached a record level. Indeed, according to a study by the Central Agency for Public Mobilization and Statistics, the incomes of about 20% of Egyptian families decreased between May and August. Almost half of them is due to the family’s breadwinner losing his job, while about 74% of the family’s spending on food decreased as they reduced their consumption of meat, poultry, fish, rice, fruit and sugar. The study, conducted on more than ten thousand families, monitored that those with a postgraduate degree were among the most affected groups, with more than 20% losing their jobs. It also showed that a third of families suffer from insufficient income to get basic needs, and the rate is higher in the countryside than in the urban zones.

According to the study, the income is inversely proportional to the number of family members, as the payment of a third of families consisting of 3 members was insufficient. In comparison, the income of half of the families with six members was inadequate or more than sufficient. Therefore, most families had to borrow to solve the income problem, while only 2.3% relied on their savings. Last January, the minimum wage was 2,400 pounds, equivalent to $153 at the exchange rates of that period. Now the government has pledged to raise the minimum wage to 3,000 pounds. Sounds good, but that amount is only $122 at current exchange rates.

“I can no longer find anything to spend. My income is from two jobs that consume my time. My health is only sufficient to feed my family of 4 members only. And for education, entertainment and the development of children, I can’t,” says Muhammad, an employee in his 30s, who considered himself middle-class before the recent economic crisis. As for Mahmoud, he was forced to transfer his children from a private school to a public school, with more than 65 students in classes, which caused psychological trauma to his children. High prices are a genuine preoccupation for people, as they talk about it in homes, transportation, and cafes. At the same time, the effects of the economic crisis are visible on social media, where complaints abound about life problems and low incomes. At the same time, charitable institutions suffer from poor donations and appeal to citizens to donate for the needs of the sick and the neediest.

Workers’ rights in Egypt: Lost under the auspices of the government