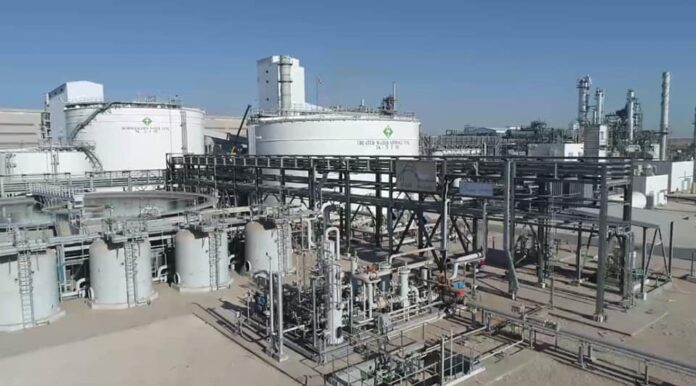 Yesterday, well-informed sources revealed to Almal News a current discussion between the Egyptian government and Qatar Investment Authority (Qatar Sovereign Wealth Fund) about acquiring a share in the Egyptian Chemical Industries (KIMA). The deal is part of a more significant Qatari investment injection in Egypt with a total value of USD 2 to 3 billion, according to previous statements of Finance Minister Mohamed Maait.

The Qatari-Egyptian relations witnessed tensions since the middle of 2013 after the change of the Egyptian regime, till the last year when it witnessed convergence between the two countries. On top of these convergences was the official visit of el-Sisi last September to the Qatari capital, Doha, which was the first visit since he became president in 2014.

Last month, Mada Masr attributed this convergence to the economic crisis that Egypt is facing, which comes in conjunction with the Emirati refusal, the strategic ally of Egypt, of unconditional support that Egypt has relied on since 2013, the thing that increased the anger of the Egyptian regime because of the waivers requested by Emirates, which prompted Egypt to seek assistance from Qatar. At the beginning of November, Bloomberg stated that Qatar had deposited one USD billion in the Central Bank of Egypt on condition of being converted into an equity stake of Egyptian companies that the “Qatar Sovereign Wealth Fund would possess”. And the volume of investment will likely be increased to USD 2.5 billion by the end of this year.

The structure of ownership of the Egyptian Chemical Industries (KIMA), which is targeted to be possessed by the “Qatar Sovereign Wealth Fund”, is distributed among the Holding Company of Chemical Industries by 69.8% of shares, 19.2% for the Social Insurance Fund Of Governmental Sector Workers, 0.94% for the Social Insurance Fund of Private and Public Sector Employees, and 10.06% as free stock. It should be mentioned that KIMA achieved a net profit of EGP 651.5 million for the last fiscal year, compared with EGP 1.4 billion loss for the same fiscal year. In the previous two decades, the company has been facing a massive crisis because of the poor electricity production in Egypt and the high cost of industrial operations. The company agreed with the Italian company, Tecnimont, to build a new factory powered by natural gas. The price of KIMA 2 constructions reached USD 730 million, funded by a bank consortium. Despite the lack of information about the volume of possessions targeted by “The Qatar Sovereign Wealth Fund” in Egypt and the Gulf in general, there is unconfirmed information about the willingness of “The Qatar Sovereign Wealth Fund” to possess a list that includes energy, real estate and financial technology sectors.

The information indicates negotiation between the Egyptian and Qatari parties about selling 25% of the government share in “Vodafone Egypt” and the remaining percentage owned by the Holding Company For Maritime And Land Transport in Alexandria Container & Cargo Handling Company, which was representing more than two-thirds of its shares, before selling its shares to Saudi Public Investment Fund recently. “Qatar Sovereign Wealth Fund” is also interested in possession of 25% of the government’s share in the Eastern Company and 15 to 20% share of MOPCO – Misr Fertilizers Production Company.

Mid-September, the Minister of Transportation, lieutenant general Kamel Al-Wazir, signed a memorandum of understanding with Abo Bakr Kandil, the executive consultant of MAHA Capital Company, one of the companies owned by Qatar Sovereign Wealth Fund. The purpose of the MoU is to set a general framework for cooperation during the upcoming period, followed by a discussion between the Ministry of Transportation and Qatar Sovereign Wealth Fund about collaboration in the development of Western Port Said Container & Cargo Handling Company.

The Chinese vaccine raises controversy and fears among Egyptians

The COVID-19 battle in Egypt: Lives or business?