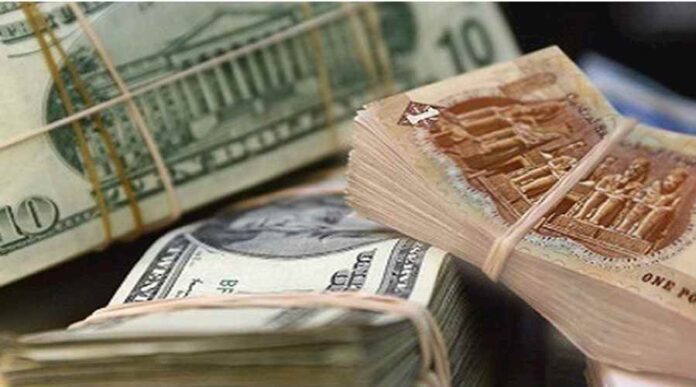 On Tuesday, the price of the US dollar rose in black market transactions in Egypt to 27 pounds for sale and 26 pounds for purchase due to the refusal of government and private banks to sell it.

The official selling price of the dollar is 24.60 pounds, while the purchase price is 24.55 pounds. Despite a recent agreement with the International Monetary Fund and the Central Bank of Egypt devaluing the local currency by more than 57% in less than a year, the hard currency issue in Egypt still needs to be resolved. On Monday, Asharq published a report stating that the foreign currency crisis in Egyptian banks has re-emerged during the past two weeks.

The news website quoted bank chiefs as saying that the governor of the Central Bank of Egypt, Hassan Abdullah, had studied with the heads of all banks in Egypt a plan to attract hard currency to the country.

The ideas that were put forward included how to oblige tourism and hotel establishments to deposit their revenues in foreign currency with local banks in exchange for financing services and incentives, issuing savings packages in dollars for Egyptian employees and workers abroad, and showing more flexibility towards scrutinizing the source of foreign exchange when depositing.

Egypt has been experiencing one of the most challenging crises in terms of foreign currency since March, when foreign investors exited the country and other emerging markets following the Russian-Ukrainian war. Egypt’s reaching an agreement with the International Monetary Fund for three billion dollars, as part of credit facilities exceeding nine billion dollars, failed to attract significant foreign investments to the country’s stock markets.

On Sunday, the Council of Ministers stated that Abdullah also met with the Prime Minister, Mostafa Madbouly, to discuss issues, including the availability of dollar resources needed to procure essential commodities and production requirements for the industrial sector. Last month, the Wall Street Journal reported that Egypt needs hard currency to pay down about $158 billion in foreign debt in the coming years, buy much-needed grain, and prop up its flagging currency.