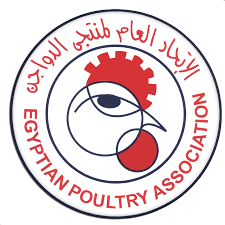 On Monday, the deputy head of the Poultry Producers Union, Tharwat Al-Zeini, revealed that the months-long fodder crisis has not ended, despite the Ministry of Agriculture announced the release of 876,000 tons of fodder from mid-October to last Thursday.

Al-Zeini added that the Ministry of Agriculture said that the value of the released amount amounted to $432 million, and it consisted of 611,000 tons of corn, 265,000 tons of soybeans, and feed additives. Egypt’s monthly needs for fodder are about 900,000 tons.

The head of the Poultry Division at the Cairo Chamber, Abdel Aziz Al-Sayed, said that a recent meeting with the ministry witnessed an agreement to immediately release the quantities seized in the ports exceeding two million tons. Al-Sayed said that the conditions of poultry producers are catastrophic, adding that the prices of fodder have jumped from ten thousand pounds per ton five months ago to 19 thousand pounds. Last month, the Ministry of Agriculture called on the Central Bank to balance the monthly needs of fodder held at ports, so that non-consecutive or appropriate releases would not create a black market.

According to Al-Zaini, the fodder shortage currently amounts to one million and 200 thousand tons, while the quantities stuck in ports have risen to 2 million and 700 thousand tons. The Central Bank is trying to keep hard currency in the Egyptian market through policies that make imports difficult, which merchants have complained about for months.

One military Killed and another wounded in an armored army vehicle...