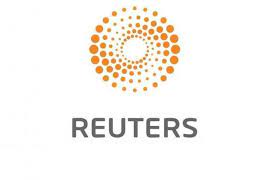 On Monday, Reuters predicted that Egypt’s core inflation rate would continue to rise after it hit a five-year high. At the same time, the devaluation of the local currency continues to cast a shadow over the country.

The Egyptian Central Agency for Public Mobilization and Statistics is expected to issue inflation data for last December within days. Analysts expected the core inflation rate to jump to 23.6%. Rising inflation would pressure the Central Bank of Egypt’s Monetary Policy Committee to raise interest rates at its next meeting in February.

In October, the Central Bank of Egypt devalued the Egyptian pound by approximately 14.5%, allowing it to continue to decline gradually and slowly in November and December. In December, the International Monetary Fund agreed to lend Egypt three billion dollars for 46 months if it adheres to several conditions, including the devaluation of the local currency. Since the beginning of last year, Egypt has been facing a severe crisis in terms of hard currency, which caused the rise of the US dollar against the Egyptian pound by more than 75% in less than ten months.