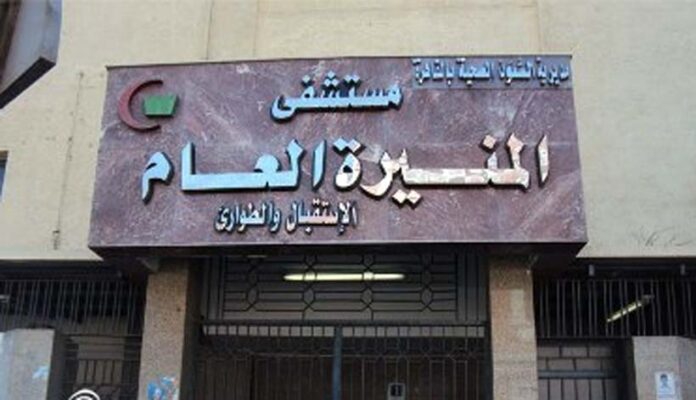 In May 2020, the medical team at Al-Munira Hospital submitted a collective resignation, protesting the harsh working conditions and the Ministry of Health’s intransigence in providing medical supplies with arbitrary administrative threats and ignoring their requests regarding other technical issues. When the news spread on social media, the matter turned into a political battle. Government media, corresponding figures, and activist committees attacked doctors, describing them as soldiers fleeing the battle. In contrast, some explicitly described their resignations as “treason”, While some chose the easiest and said that what was happening was a “Brother’s scheme to incite doctors against the state.”

Members of the Syndicate’s Council indicate that the statistics do not reflect the exact number of losses in the government health sector in Egypt, as two thousand doctors from the recent batches did not apply to take over their work in the government sector, and the Ministry of Health did not grant them termination decisions until now. They could not obtain a “free doctor” certificate from the Syndicate.

In mid-October, the General Medical Council in Britain published a report stating that the number of Egyptian doctors who migrated to Britain rose to 5 thousand doctors during the last five years, as Egypt has become the third most country that supplies doctors to Britain, amid an increase in the number of doctors immigrating to Britain by more than 200%. During the past few years, the British health system lost its first position as the best health system in the world, from all factors, and the main reason for the British health system losing this position was the lack of workers as a result of the travel ban due to the outbreak of the Corona epidemic, in addition to other political reasons such as Brexit and the tightening of laws Immigration, after it was considered one of the most hybrid systems in the world and 211 nationalities work in it. The choice of a large percentage of Egyptian doctors fleeing from the health system in Egypt to the British health system is symbolic, given that the problem is not with the Egyptian doctor, who is usually blamed by everyone, with different issues!

The number of doctors who fled from the government health system in Egypt is unknown, nor is it known who refused to attend without submitting their resignation, who was able to escape outside Egypt of this number and who is still waiting for the opportunity, but what we do know is that the government medical sector in Egypt 62% fled from it. In contrast, the average number of doctors is one doctor for every 1,162 citizens, instead of the rate according to international standards, which is one doctor for every 434. This means that there is a significant shortage of doctors and even that some specialities are threatened due to the various problems in the medical sector in the country.

Poor salaries and various work risks, whether about infection or the threat of attacks on doctors by patients’ families or even by the authorities who prefer to prosecute them for over-performing their jobs, in addition to the lack of supplies and their responsibility to provide them, and working under arduous and stressful conditions is the main reason for emigration the doctors. The Egyptian doctor was unfortunate that the administrative and technical problems he suffered from were at the heart of the issues of an integrated political system, which does not like to hear criticism or point out problems, moreover taking protest measures.

Recently, the head of the Health Committee in the House of Representatives decided to introduce the Medical Liability Law in its codified dress to imprison doctors and prosecute them based on usual medical complications, prepared by the Nation’s Future Party, which is under the control of the security services, in what appears to be a punitive attempt for doctors and their union, especially the Istiqlal movement, which makes doctors subject to The power of security and authorities at any time, to complete the cycle of suffering of the medical sector in Egypt thoroughly.

This makes the doctor face one of two solutions: raise his voice or protest. At this time, he will find security, with or without the medical liability law, putting him in prison or resign quietly because protection does not prevent resignation in the Ministry of Health. Still, this may not last. As the crisis worsens and develops to represent an explicit threat at the national level, the security forces will intervene, as usual, to solve the problem and prevent resignations!

Why have many Egyptians refused the coronavirus vaccination?