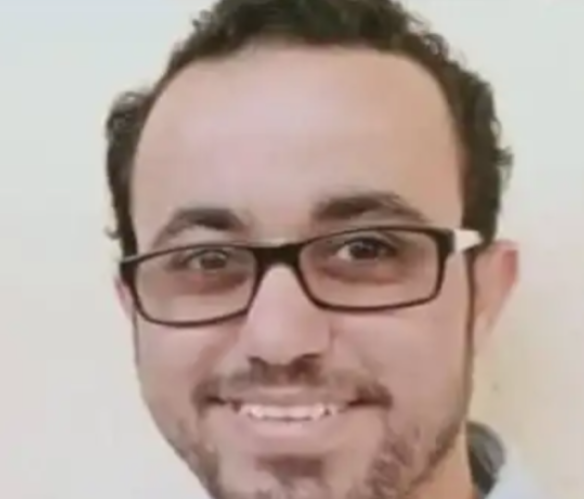 Amr Nabil Abdel Hakim, a master’s degree researcher who graduated from the Faculty of Commerce, Department of Political Science, Helwan University, recently tried his last chance to obtain his right to be appointed as a teaching assistant in his department after a year of various administrative attempts, to get this right.

In the past few days, Abdul Hakim wrote on his page on Facebook. He narrated the details of his suffering with the university administration and his university professors, complaining about them to the public and referring the matter to the pressure of social media, which has recently become, in the wake of blockage of any horizon for expression, the only way to communicate on social and political subjects.

Amr Nabil Abdel Hakim, in his first statement, confirmed he got the first rank in his department with a grade of excellence, so he was to be appointed as a teaching assistant in the department, but the Faculty of Commerce threw him out of it, arguing on a disability he suffers from. Despite the recommendation of the department council to appoint him, the college and the university administration prevented this, so he was expelled from the office of the university president several times before offering him a job as an administrator in the university or silence instead if he refused the first offer.

Although the President of Helwan University said through websites, to justify his decision, that the department does not need teaching assistants and that the five-year plan is not set with a goal but instead determines whether there is a need for teaching assistants before the results of the bachelor’s degree to prevent any questioning of the integrity of the choices. However, Abdul Hakim demolished these allegations, stressing that, with a difference of 5 per cent from the second in his department, he was prevented from being appointed for the sake of succession.

Abdul Hakim said in a second statement that the plan that chose his disability as a justification for his removal was planned, to appoint the daughter of a college professor, in the second rank in the administration department, and for the professors’ children to receive their fathers’ jobs as a heritage. The researcher, who is eligible for appointment as a teaching assistant at the Faculty of Commerce, Helwan University, did not mention a new heredity “virus”, just as it affected most fields in Egypt. This “virus” has been destroying universities for decades, with no real will to stop it.

Article 19 of the constitution stipulates that “education is a right for every citizen. It aims to build the Egyptian character, preserve the national identity, root the scientific approach in thinking, develop talents and encourage innovation, consolidate civilized and spiritual values, and establish the concepts of citizenship, tolerance and non-discrimination.” In a subsequent article, the constitution imposes the allocation of a percentage of government spending on education that is not less than 4% of the gross national product, with a gradual escalation to reach international rates. Will the Egyptian universities and the government and security agencies behind them suffice with violating the constitutional article, imposing inheritance and expanding discrimination among students?

Egypt occupies a late rank in the international classifications on the quality of education. In some categories, it occupies a middle position among dozens of countries, with a lack of government interest in education. However, it appears clearly in the case of researcher Amr Nabil and the penetration of the idea of endowing to the heart of universities with insistence on applying it, whether secretly or publicly. However, what expresses more clearly the state of education in Egypt has been the statements of the Head of State on education, which culminated in the results of the latest World Bank report issued last October on the educational field in Egypt, confirming the decline in spending on education in general, in both its primary and university parts. The government wants to spend on something other than the educational field following the specified constitutional percentage.

In its report, the World Bank indicated a severe shortage in the number of teachers. Indeed, according to previous government estimates, the deficit amounted to more than 250,000 teachers, with classrooms overcrowded. The situation is worse in university education and scientific research, as spending is less than 0.5% of the general budget. The latter is a second problem, related initially to the fact that the funds allocated for this field come from the budget, which ends any connection between scientific research institutions and the private industrial sector. This is why there is a deterioration of manufacturing technology in the country.

There is also the suppression of research centres, with the suppression of the Supreme Council for Coordination between research centres, and the separation of research and scientific cadres from each other, with excellent security control over these centres that control not only the selection of appointing scientific and administrative cadres. This control reaches the extent that any university professor or researcher who wants to communicate with any foreign scientific figure requires written security approval. This is why we find what the professor says to his students in the lecture is written in advance and is monitored by “informers” from the members of the student unions that are controlled by the security services, which makes scientific research, university amphitheater, and professors’ offices, mere rhetoric.

Will the Egyptian army fight in Libya?