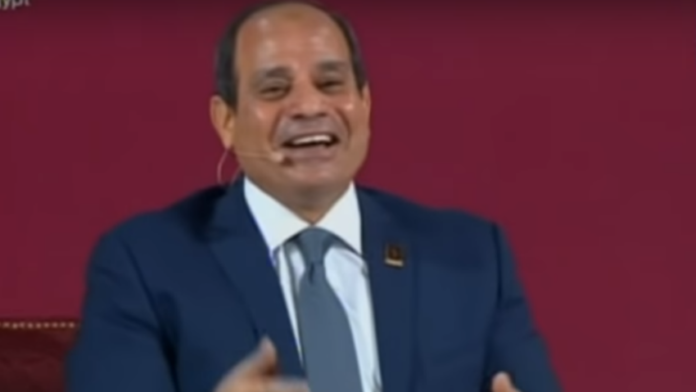 The Egyptian pound continued to decline to make all-time low records after the Central Bank of Egypt moved to a flexible exchange rate suggested by the International Monetary Fund. After hitting 32.5, the US dollar now ranges between 29 and 31 pounds after GCC intervention by buying $250 million worth of Egyptian T-bills. Thus, the Egyptian currency lost 50% of its value over 2022 after the US dollar price increased from 15.7 pounds in January 2022 to 30 pounds approximately in January 2023.

With the pound devaluation, the annual inflation rate hit 21.9% last December, making a 5-year high record as food and beverages prices, the primary quarter of Egypt’s household consumption, increased by 38%, according to official statistics.

The Egyptian government denies responsibility for the crisis claiming it was generated by events such as the Covid-19 pandemic and the Russian-Ukrainian war. But public policies since Sisi took power have been leading to nowhere except for the current impasse. Excessive loaning had brought foreign debt from $46 billion in June 2014, when Sisi took office, up to 157.8 after less than ten years of his mandate. The foreign debt to GDP ratio reached 38%. Debt dues and interests depleted the public budget and shook Egypt’s financial status.

The investment of loans was worse, as it was spent on capital-consuming scarcely profitable infrastructure and urban projects such as the New Administrative Capital, east of Cairo, and New Alamin near the North Coast. Much more striking was the extravagant behaviour of the ruling general himself, who built three new mysterious palaces at least and over ten villas beside the 30 presidential palaces and rests Egypt already has had. Besides palaces, Abdel Fattah al-Sisi purchased five new planes for the presidential air fleet with about $750 million, including a giant Boing B747-8 jumbojet. Under Sisi, the military became a business actor and a competitor contractor who took over governmental contracts all over the country, exceeding its capacity. The military outsourced those projects to private contractors creating a network of clientelism and corruption. Military business infiltration eliminated free market terrifying investors, especially after the military sought to acquire notable enterprises such as Juhayna milk industries, putting its founder and owner, Safwan Thabet and his son in jail.

Political origins of the crisis

Since he took over the state in 2014, Abdel Fattah al-Sisi has ruled as a military dictator who gathers the state threads in his hands and manipulates them with a sole target; to preserve his power. Between 2014 and 2016, Sisi consolidated his power by forming a puppet parliament dominated by security services-sponsored representatives while cracking down on secular political parties after crushing the Islamic ones. This was when he ordered the New Suez Canal project that consumed $8 billion, which equals half of the country’s foreign reserve then.

Between 2016 and 2018, Sisi targeted the justice system, although the system was one of his allies against Islamic dissidence. Passing the new judiciary bodies law by his puppet parliament in 2017, Sisi subjected the State Council, the judiciary body responsible for overseeing the government’s acts. The following year, he sent two of his main rivals to the prison, one civil, Abdel Moneim Aboul Fotouh, and the other military, General Sami Anan. A third, Ahmed Shafiq, was put under house arrest. Jailing rivals turned the presidential elections into a theatre of absurd between Abdel Fattah al-Sisi and a puppet man demanding the people to vote for Sisi himself. 2019 was the crowning of this trajectory by the constitutional amendments that gave Sisi complete control over justice and limitless presidential mandates.

The climax of 2019 was, however, followed by the decline. It started with the upheaval of September when people took to the streets after businessman Mohamed Ali uncovered Sisi’s financial corruption related to building palaces and hotels for his family and friends. The regime skipped the upheaval peacefully by sending hundreds to jail, but the economic vulnerability erupted. During his mandate, Sisi dealt with the economy according to his personal political and ignorant logic. He preferred megaprojects consuming billions of dollars for political propaganda of making feats. He refused to let economic administration for competent economists, including those who offered cooperation with him, such as Mahmoud Mohieldin, minister of investment under Mubarak and Executive Director of IMF.

Political reform is a necessity

Although Sisi’s one-person show administration proved incompetent, the general was still resolved to manage the country’s economy. Recurrently, he underestimated specialist advice, most recently in the governmental economic conference, when he said in the final session that conference recommendations are already known and can be made by any student in politics and economics school. Despite the IMF stress, Sisi was determined to keep pace with his projects, ignoring the strict recommendation on prudent spending.

Last May, the general had to reconcile with the political dissidence to evade the widespread outrage over the economic crisis, calling for a National Dialogue. But later on, the National Dialogue was just a request to demonstrate overall adherence to Sisi and his government. The government refused to make any serious concessions to the dissident party or allow them to participate in managing the crisis and planning for the exit. The leading secular dissident, Ahmed Tantawi, was pushed to exile when he objected to the fake National Dialogue.

No economic reform or exit of the crisis can be reached without political reform withdrawing some of the general’s powers and redistributing them to other competing political parties. This cannot be accomplished with the country’s most popular group, the Muslim Brotherhood, excluded and persecuted. Suppose the Stability of Egypt is vital for the region and its western interests. In that case, the West is required to exert real efforts in pressuring for political reform in Egypt, forcing the military, the main supporter of Abdel Fattah al-Sisi, to let other competent technocrats and politicians manage the crisis out of the general ill logic and tyranny.