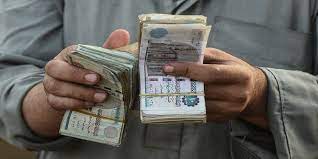 On Tuesday, Fitch published a report stating that the Egyptian pound has fallen by 16% since the beginning of the year and by 60% since last June. The US dollar exceeded 32 Egyptian pounds last week. The report expected that the local currency crisis would continue during 2023. Goods are piling up at Egyptian ports due to a lack of hard currency for imports. However, the government announced a plan to release items stuck in the ports after receiving an IMF boost.

The challenge now is for the Central Bank of Egypt to allow the local currency to float and adjust the interest rate enough to attract new financial inflows, according to the finance and insurance company. The IMF has lowered its forecast for the growth of the Egyptian economy, expecting it to grow by only 4%. It also ruled out the recession of the inflation wave in Egypt soon, expecting inflation to decline to 7% in the fiscal year 2024-2025.

Head of Mission of the IMF in Egypt Ivana Holler estimated the country’s financing gap in the next four years at about $17 billion, expecting the IMF to contribute to supporting efforts to bridge the gap. To rationalize public spending, the Egyptian Council of Ministers postponed any new major national projects. On Tuesday, the Egyptian Central Agency for Public Mobilization and Statistics (CAPMAS) said that the annual inflation rate rose to 21.9%. This is the highest inflation rate in five years. According to CAPMAS, 75% of Egyptian families reduced spending on food by excluding higher-priced items, with about 95% of households reducing their consumption of meat, poultry and fish.