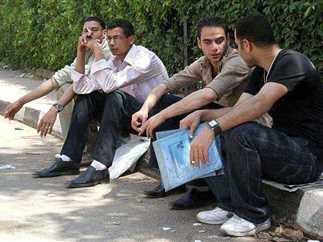 The number of new jobs created in Egypt decreased by 22.6% in the third quarter of 2022 compared to the second quarter of the same year. At the same time, there is a high unemployment rate during the same period, which reflects the economic crisis afflicting the country.

New jobs were highly concentrated in the Capital region (Cairo and Giza), where 70% of blue-collar jobs were focused, and 87% of white-collar jobs were. In contrast, the population concentration in the region didn’t exceed 19%. In the rest of the governorates, job production is concentrated in the capital of each governorate, which leads to increased migration from rural to urban areas. The survey results also revealed that the Egyptian economy needs to produce more jobs in most fields, as the average number of applicants for each position is 35 in the field of communications technology and software and an average of 150 in the area of law and the legal profession. The survey also indicated that “there is a poor level of skill among the vast majority of job applicants in the Egyptian market, as the percentage of qualified job applicants recorded only 4% of the total applicants in the field of tourism. This percentage rises to 10% in communications technology and software, the highest in all fields.”

The problem of the low skill level of job applicants in the Egyptian market is a result of a need for more government spending on education. The proportion stipulated in the Constitution to spend on education is 6% of the gross national product, but this doesn’t happen. Allocations for education (pre-university and university) in the budget for the current fiscal year 2022/2023 amounted to about 192 billion pounds. This represents approximately 2% of the GDP, which is expected to reach 9.22 trillion pounds.

The survey results are the same as announced by the Central Agency for Public Mobilization and Statistics, as it declared that the unemployment rate increased by 0.2% during the third quarter of 2022, recording 7.4%, compared to 7.2% during the second quarter of the same year. The number of the total unemployed reached 2.25 million (1.307 million males, 943 thousand females), compared to 2.151 million unemployed in the second quarter of 2022, with an increase of 99 thousand unemployed. The non-oil private sector in Egypt continues its contraction, as the PMI (Purchasing Managers’ Index) recorded 46.4 points last July and 47.6 points in August and September, continuing below the level of 50 points difference between contraction and growth.

The PMI measures the performance of the non-oil private sector through questionnaires that survey the opinions of purchasing managers in 400 companies in several sectors, represented relatively differently, according to several criteria, including exports and employment. Any level above 50 points is considered an expansion, while any below is regarded as a contraction. The Egyptian private sector is facing unprecedented challenges due to the rise in the exchange rate of the dollar against the Egyptian pound by more than 100% since last March, the strict import restrictions imposed by the government to confront the foreign exchange shortage crisis, the inflationary stagnation crisis hitting the markets, and the rise in interest rates on lending to 17.25%. Economists are warning of the consequences of leaving the private sector vulnerable to the economic crisis and its effects on unemployment rates, job production, and high poverty rates, calling on the government to move quickly to support the companies suffering from the crisis and factories by easing import restrictions, and providing financing at low interest.