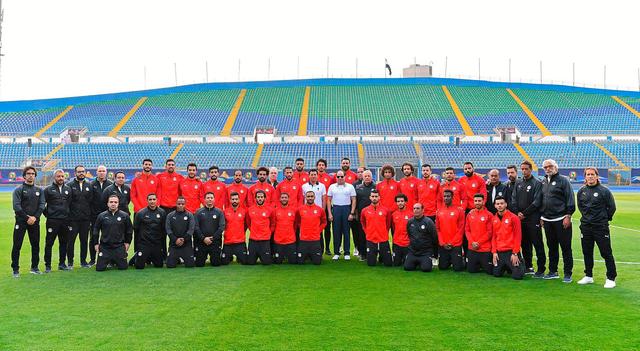 On Saturday Abdel Fattah al-Sisi visited the national football team at the air defence stadium as the team prepared for the African Nations Cup, which will start in Egypt on June 21.

Social media users criticised Sisi’s visit as players had to travel from Alexandria to the stadium in Cairo at 3am to meet Sisi, then back to Alexandria and then to Cairo again on Sunday to prepare for the opening match on June 21 at Cairo Stadium.

Egyptian fans were worried players would be exhausted after Sisi’s “compulsory” visit.

During the visit, Sisi expressed his sincere wishes for the team’s success in the championship, and called on them to make the utmost effort to make the Egyptian people proud.

He stressed the importance that team members representing Egypt be disciplined and understand the responsibility they carry.