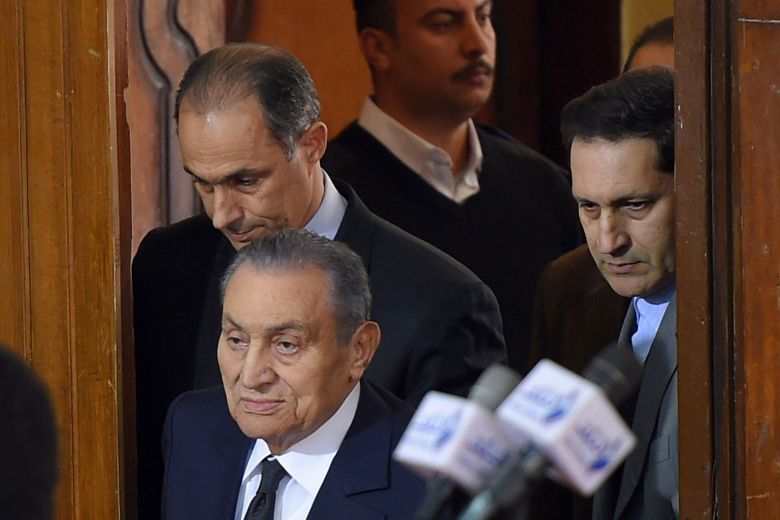 “Mubarak is not dead, the news of his death is not true;” the lawyer of former President Mohamed Hosni Mubarak has denied the news circulating.

Rumours of Mubarak’s death have been repeated continuously in Egypt, since his departure from power eight years ago, after the revolution of January 25, 2011, which demanded his resignation from power.

The interest in news of Mubarak’s health or death reflects human rights discrimination in Egypt on the basis of political position and opinion.

Although Mubarak is free and has been treated at the highest level during his imprisonment, his death has been widely reported in journals and TV channels and websites over 12 times in the last eight years. In contrast, the late President Mohamed Morsi, who repeatedly complained of health problems without receiving treatment, died without a reference in the Egyptian newspapers loyal to the current regime.

Rumours of Mubarak’s death begun intensively in January 2011, after the January 25 revolution that toppled him. The first rumours were after he stepped down in February 2011 and the media published news confirming that he was depressed and suffered frequent comas before his death.

The Mubarak death rumour repeated itself again a week before his appearance in the court on charges of killing protesters during the revolution.

In October of the same year rumours that he died surfaced for the third time through reports that his brain had stopped functioning after he cried hysterically after Gaddafi’s death.

In 2012 Egyptian television announced urgent news that Mubarak had died following a stroke and was transferred from Tora Prison to Maadi Hospital. The famous anchor Amr Adib read out a false rumour about Mubarak’s death on his TV show Cairo Today.

In 2013, rumours of Mubarak’s death inside Tora Prison were rife, but they were later proved to be false.

In 2014 the death rumour was repeated twice, the first in April, and the second in December when Ahmed Moussa, in his television programme, said that there is news of the death of former President Mohamed Hosni Mubarak.

In 2015, the same was published on sites and Israeli newspapers, based on reports from the Egyptian government without citing sources, but a source inside Maadi Military Hospital, where Mubarak was treated, denied the news, stressing that the health of the former president is stable.

Rumours of Mubarak’s death were repeated three times in 2015, but have not been widely circulated.

The rumour was widely spread on social networking sites, with no statement by the family of the former president on this matter, which ended with the release of a statement from his lawyer Farid al-Deeb denying it.

Mubarak, 91, faced a rumour about his death when he was in power. Editor-in-chief Ibrahim Issa, who published the news, was sentenced to prison, before Mubarak intervened to pardon him.

Mubarak did not suffer directly from health problems, yet his supporters were deeply sympathetic when he appeared on a bed during his trial.

In contrast, the late President Mohamed Morsi (about 68 years old) repeatedly complained of medical negligence and asked for treatment at his expense.

Despite Morsi’s complaints and warnings, including that he was being given rotten food, none of the Egyptian media ever spoke of his health.

On the contrary, Egyptian media outlets described the quantities of food being prepared for Morsi and political detainees, all of which proved to be false later, and that the food in prison was scarce and sometimes moldy.

On June 17, 2019, Egyptian television announced in a brief statement the death of Morsi.

Only one Egyptian newspaper, the private Al-Masry Al-Youm, published Morsi’s death on its front page, but only as a small story, while the rest of the newspapers listed it in an unmarked section, or did not mention it at all.

After Morsi’s death, a secret funeral was held, attended by a limited number of his close family members, which was not covered by the media. His relatives and supporters were prevented from attending.

Loyal supporters of Mubarak in the media often demand a military funeral for him.

The difference in media coverage between Mubarak and Morsi shows discrimination on a political basis in Egypt.

Morsi’s death was met with satisfaction among the pro-Mubarak media and the current regime, but the news about Mubarak is met with clear sympathy.

The expulsion of Mahmoud al-Sisi to Moscow: Could Putin’s experience be...