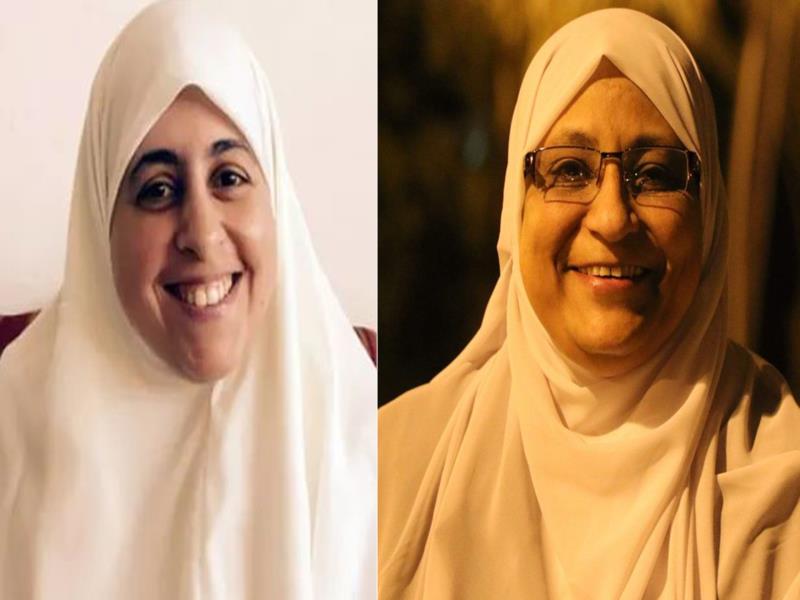 A year ago, Egyptian security forces arrested Aisha al-Shater, the daughter of prominent Muslim Brotherhood leader Khairat al-Shater, and former lawyer and member of the National Council for Human Rights Hoda Abdel Moneim, as part of a campaign of arrests which swept up 31 citizens.

On August 18, Aisha al-Shater began an open-ended hunger strike inside al-Qanater Prison, protesting the abuses that she has been exposed to including solitary confinement and being kept in a cell without lighting or ventilation.

Aisha ended her hunger strike 14 days ago, after promises from the prison administration to improve the conditions of her detention, but the administration hasn’t kept its promises.

Aisha remains in solitary confinement in a small cell without a bathroom, which does not guarantee the minimum humanitarian standards, and her family and lawyers have been prevented from visiting her for the twelfth month in a row. So, Aisha started another hunger strike.

In September, Egyptian authorities transferred Aisha al-Shater to the prison hospital after her health deteriorated as a result of her hunger strike. Her sister Sarah wrote on Facebook that Aisha is in danger.

Sara added that the authorities prevented her from visiting Aisha, and will let her continue her hunger strike until she dies, without responding to her requests to see her children and allow her to use the bathroom instead of a bucket.

Egyptian lawyer and human rights defender Hoda Abdel Moneim isn’t any happier, as her family revealed that her health has clearly deteriorated. The 60-year-old lawyer and human rights activist is extremely sick and struggles to move her legs. Egyptian authorities prevented Hoda’s family from visiting her last year and kept her in poor conditions. Authorities also prevented Hoda from receiving medicine and left her suffering.

For a year, the Egyptian authorities extended the pre-trial detention of Hoda and Aisha without bringing them to trial.

Following the arrest of Aisha and Hoda, the Egyptian Coordination for Rights and Freedoms (ECFR) announced on November 1, 2018, the suspension of its human rights work in Egypt, in protest against the violations and abuse of its members.

ECFR described the human rights climate in Egypt as “inappropriate for the exercise of any human rights work.”

The arrest of Hoda and Aisha came after security forces broke into their homes, in a violation of their rights and the right of their relatives and in violation of the constitution, the law and international standards for the protection of human rights.

These practices were repeated when most of the 21 women were arrested in 2018, in clear violation of the law and the constitution.

Article 58 of the Egyptian constitution stipulates: “Homes are inviolable, except in cases of danger or distress, may not be entered, searched, monitored or eavesdropped only by reasoned judicial order specifying the location, timing, and purpose, and those who are in the houses should be alerted before entering or be searched, and informed of the order.”

Under Mubarak Egyptian authorities did not arrest women, especially in political cases. But under the al-Sisi regime, dozens of women have been systematically detained and some report being brutally tortured.

Egyptian culture and customs regard the arrest and beating of women as disgraceful and it has provoked widespread outrage.

In Egypt, only Asian tourists get tested for coronavirus