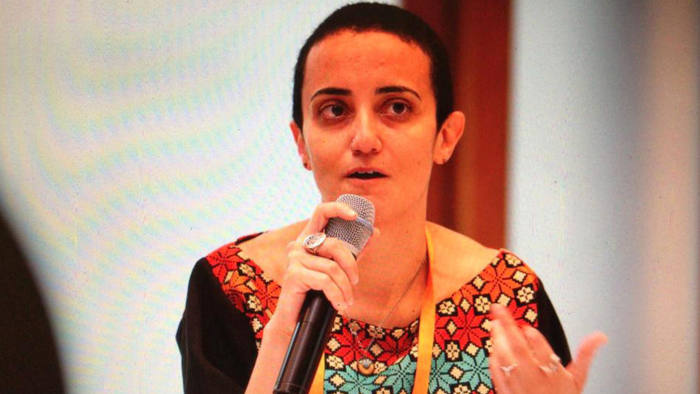 Egypt’s security services on Sunday raided the office of Mada Masr, one of the last remaining independent media outlets in the country, in another sign of the diminishing space for freedom of expression under the regime of President Abdel Fattah al-Sisi.

Lina Attalah, editor, and Rana Mamdouh and Mohamed Hamama, two senior journalists, were driven away for questioning after a three-hour raid on their Cairo offices during which the journalists were held incommunicado with no access to their phones or laptops.

The move came a day after police detained Shadi Zalat, another editor. His colleagues and lawyers had no information about his whereabouts until all the journalists were released on Sunday evening.

The past six years have witnessed one of the toughest crackdowns on dissent in Egypt’s modern history under Mr Sisi, a military man who ousted his elected Islamist predecessor in 2013. Amnesty International described the raid on the news outlet as “a dangerous escalation”.

Accessible only through social media platforms and proxies, Mada Masr is one of hundreds of websites blocked by the Egyptian authorities. According to the Committee to Protect Journalists, Egypt has jailed the largest number of journalists after China and Turkey.

The authorities insist that journalists are detained because they have broken the law, not because they expressed a dissenting view.

Mada Masr had run a story about Mahmoud al-Sisi, the president’s son who occupies a senior post in the country’s intelligence services. The news organisation said he was being sent to join the Egyptian diplomatic mission in Russia, suggesting he was being sidelined owing to internal criticism within the regime.

Michael Wahid Hanna, senior fellow at the Century Foundation in New York, said by publishing the story about the younger Mr Sisi, Mada had “gone into very sensitive terrain”. He described the raid as “ominous because it means even these isolated bubbles of independent journalism and investigative work might not survive”.

Founded six years ago by Ms Attalah, Mada Masr has been acclaimed for its hard-hitting investigative journalism and high professional standards which have made it a credible source of information about Egypt at a time of increasing restrictions on press freedom.

The website has not shied away from topics such as the war against Isis in the Sinai, which is subject to a news blackout, the involvement of the military in the economy, human rights violations and the role of the security services in shaping politics.

Yasmin El-Rifaie, a Mada Masr editor who was among staffers held at the office on Sunday, said: “None of the nine men who came to the office identified themselves. It was scary because they were big men and they came in very aggressively and immediately spread out in the office and grabbed our phones and laptops.”