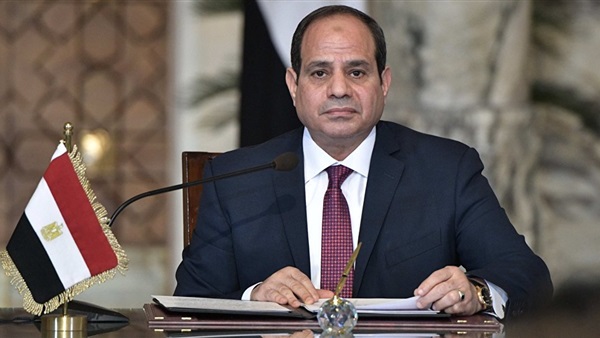 Like tree leaves in the autumn, correspondents and foreign media offices in Egypt are falling one after another. Journalists and media outlets describe the conditions of the press and the media in Egypt as “the autumn of freedom” that the country has been living in since General Abdel Fattah al-Sisi took power in the wake of a coup against the late elected president Mohamed Morsi in mid-2013. The British newspaper The Guardian, and its correspondent in Cairo, were the latest victims of the fierce campaign to muzzle the media voices that the regime has pursued for more than six years since al-Sisi came to power. This came after the British newspaper reported how widespread coronavirus is in Egypt, according to a Canadian study.

The State Information Service (affiliated to the Egyptian Presidency) withdrew the accreditation of the newspaper’s correspondent in Egypt. The authority also issued a warning to the correspondent of the American newspaper, The New York Times, saying that it is necessary to adhere to professional rules. The Guardian piece was based on a study conducted by specialists at the Canadian University of Toronto and caused widespread anger at the Egyptian regime. The Canadian study estimated that the number of people infected with the virus in Egypt may have reached 19,000, according to the results of a mathematical algorithm that includes factors such as travel and the rate of those who left Egypt during the last few days. In return, the State Information Service (SIS) released an official statement saying that The Guardian’s report included incorrect figures and estimates.

The SIS confirmed on Tuesday, that “the two newspapers did not adhere to the professional rules in the news that was broadcast on the subject of coronavirus in Egypt,” noting that they relied on “unreliable sources and did not communicate with the authoritative official sources.” The SIS described what happened as “intent to publish misleading news to offend Egypt in every way, which has been repeated repeatedly by the two newspapers, especially The Guardian.” A few hours after the publication of The Guardian’s report, media loyal to the Egyptian regime launched an aggressive campaign against the British newspaper, accusing it of acting according to a private agenda with the intent to lie and mislead. This media campaign escalated on Tuesday with the announcement of the closure of The Guardian’s office. This was corrected by an official statement which said it had withdrawn accreditation of the newspaper’s correspondent in Egypt. Authorities also threatened to take necessary measures against the British newspaper, including close and withdraw the accreditation of the newspaper in Egypt. Commenting on this news, The Guardian denied that it had an office in Cairo, according to the Kuwaiti newspaper, Al-Qabas. The Guardian’s correspondent in Cairo also said that “the Egyptian authorities did not contact her and did not inform her about the abuse of her profession and withdraw her accreditation in Egypt.” Many journalists and activists have criticised Egypt’s actions against the British newspaper, and considered it a continuation of the repressive approach of al-Sisi’s regime in the country, after the closure and blocking of hundreds of Egyptian websites and newspapers. Observers indicated that the current system is no longer satisfied with suppressing local media, but has gone further and is suppressing Western media to obscure the facts.

Over the last several months the BBC’s office and the Reuters agency office in Cairo have come under intense pressure from security authorities and pro-regime media branches, to the point that officials in the BBC office in Cairo have considered moving the headquarters to the Lebanese capital, Beirut. Journalists at the BBC office in Cairo stated that authorities refuse to communicate with them to make comments and statements, and when they publish any information related to the system in Egypt, officials deny this, and BBC journalists are then harassed by security and media attacks launched against them, which has ultimately led them to rely only on official statements issued by the government. Last September The New York Times revealed that Egyptian authorities tried to arrest its correspondent in Cairo, Declan Walsh (with the tacit approval of US President Donald Trump), which prompted them to resort to Irish diplomats to get him out of Egypt. During his stay in Egypt, Walsh attacked corruption and systematic repression, and criticised the arrest and imprisonment of former head of the Central Auditing Organisation Hisham Geneina, for exposing corruption amounting to EGP 600 billion ($38.1 billion), as well as ridiculing the 2018 presidential elections and the arrest of all al-Sisi competitors.

According to veteran journalist Arthur Ochs Sulzberger, “New York Times officials received a call from a United States government official warning against the imminent arrest of New York Times correspondent in Egypt Declan Walsh, and within an hour, Irish diplomats moved to his home in Egypt and escorted him safely to Cairo airport to avoid him being detained by the Egyptian security forces.” Sulzberger stated that former Egypt correspondent David Kirkpatrick had been detained and deported in retaliation for exposing embarrassing information about the Egyptian government in his latest book. On January 15 Egyptian security forces raided a Turkish cultural office used by correspondents of Anadolu, the Turkish news agency in Cairo, and arrested three people, including two Egyptian journalists and a Turkish employee, and charged them with operating without a license and spreading false news. At that time reports suggested that the reason the office was stormed was their coverage of the death of dual US-Egypt citizen Moustafa Kassem inside prison following a hunger strike. The targeting of foreign media in Egypt comes in the wake of similar steps to close Al-Jazeera’s offices in Egypt and the arrest of many of its correspondents, most notably Mahmoud Hussein, who was arrested in 2016 and remains in prison. It also comes after hundreds of local Egyptian sites were either closed down or blocked. In the middle of last year, the Freedom of Thought and Expression Foundation (an independent human rights organisation) confirmed in a report published on its website that the number of websites that were blocked in Egypt had increased to 512. 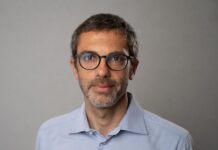