EgyptWatch
Home Reports Violence mounts in Cairo: A gun battle in the Egyptian capital between... 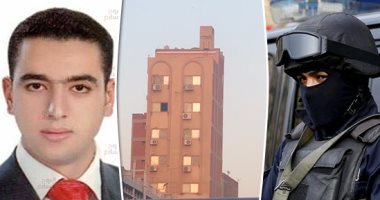 In the terrifying videos, the sound of the bullets can be heard clearly, and these clashes continued for hours.

The Egyptian Ministry of Interior announced on Tuesday evening that seven “terrorist elements” were killed.

The security services found in the possession of the gunmen six automatic weapons, four cartridge weapons, and a large amount of ammunition, according to the statement.

The Egyptian Ministry of Interior also stated that it had identified one of the weapons and ammunition depots in the Matariyyah area, which was to be used in their “terrorist plot,” and that four automatic weapons and explosives were found.

The security forces managed to enter an apartment where the gunmen were holed up in a 10-storey apartment building, and took over the entire building, after about four hours of exchanges of fire between the two sides.

The statement affirmed that the Egyptian Coptic Orthodox Church, headed by Pope Tawadros II, affirms its full solidarity with the armed forces, the police, and all national forces in their battle with “brute terrorism.”

In a statement, the Egyptian Public Prosecutor’s Office said that the deputy has ordered an urgent investigation “into the terrorist incident that occurred today in the al-Amiriya neighborhood.”

The clashes began at five o’clock local time on Tuesday evening, and continued for hours, in the Izbet Shaheen area of the al-Amiriya district, amid warnings to citizens in the neighbourhood not to go out to the balcony or approach the windows.

The clashes were not far from the capital.

This battle raised widespread doubts about the success of security campaigns launched by the Egyptian regime to eradicate armed groups from the country.

According to the statemen, the group were preparing to carry out “terrorist operations” in conjunction with the Christian holiday in Egypt.

The ministry said, in an official statement, that the clashes with those elements resulted in the “martyrdom” of Lt. Col. Muhammad al-Hofy from the National Security Forces, and the injury of another officer and two police officers.

Human rights activists have warned repeatedly that the fierce security campaigns launched by the Egyptian regime, during which the security forces violate the human rights of dozens of people, are responsible for spreading terrorism.

They pointed out that human rights violations lead to a sense of injustice which feeds feelings of extremism.

Egyptian human rights lawyer Haitham Abu Khalil indicated that al-Hofy, who was killed during the clashes, was responsible for multiple violations, including the forced disappearance and torture of citizens.

Abu Khalil added that al-Hofy was one of the officials responsible for the kidnapping and torture of many opponents after the July 3 military coup and was promoted in July 2014 to the rank of major.

He continued that al-Hofy assumed responsibility for operations in one of the offices of the National Security Department in Giza Governorate. He was wounded in 2016 by gunfire during clashes with an armed group in which he killed a suspected man.

In July 2019, al-Hofy was promoted within the National Security Agency to the rank of Lieutenant Colonel.

Although the official version of the story about what happened in al-Amiriya was on film, it was met with widespread skepticism.

Egyptian activists quoted eyewitnesses who said the operation was not related to any Islamic groups, but rather a group of armed thieves who were robbing a bank.

Another account said that the operation was retaliatory, after someone targeted al-Hofy after he was responsible for killing someone in a previous armed operation.

Al-Ghad TV said that in 2016 Major Muhammad al-Hofy was injured in previous confrontations with a militant group affiliated to Ajnad Misr militia in the al-Warraq region, when he was the commander of the force that killed the boss of this militia inside an apartment.

The Egyptian regime has recently expanded the killing of suspects without trials, claiming that they were killed in armed clashes.

The third narration said that the entire battle of al-Amiriya was not real, and that the dead officer died in a battle in Libya, where he was fighting alongside the forces of General Khalifa Haftar, who is supported by the Egyptian regime.

Although there is a lot of evidence of military support from the Egyptian regime for Haftar’s forces, al-Hofy was serving in the national security sector in the interior ministry, not the Egyptian army primarily responsible for supporting Haftar.

Observers told Egypt Watch that it is difficult to confirm any of these stories, especially in the absence of any strong evidence for these accounts.

During the past several years confidence rates in the Egyptian government’s narrative has declined dramatically, after it became clear that many of its stories were untrue.

Loan addiction in Egypt: The regime resorts to the IMF again