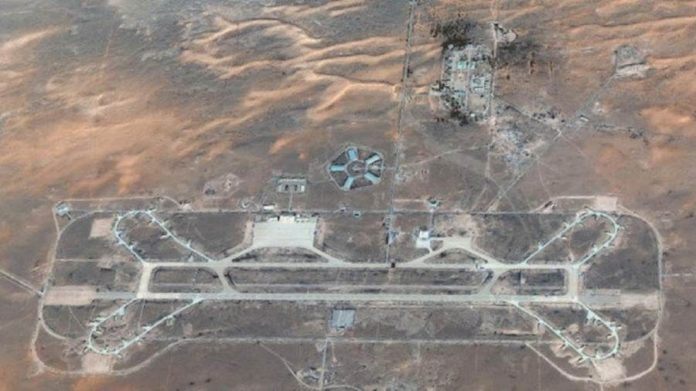 At dawn on Sunday, July 5, a group of military aircraft bombarded al-Watiya Libyan Airbase located at the far Libyan west adjacent to the Tunisian border. The Government of National Accord (GNA) took over this airbase, which hosts Turkish troops supporting the GNA, on May 18. This bombardment took place only hours after the visit of the Turkish Minister of Defence, Hulusi Akar, and his Chief of General Staff, Yaşar Güler, to Tripoli ended. Their visit lasted for two days, during which they met with the Chairman of the High Council of State and other officials of the GNA, and visited some military sites in western Libya as a part of the Memorandum of Understanding between Turkey and the GNA for security and military cooperation. The visit coincided with statements made by the Turkish prime minister to journalists in Istanbul, in which he said that Turkey continues to collaborate with the legitimate Libyan government “with great vigour and determination.”

At exactly 3:20am GMT, the media affiliated to the allies of the retired General, Khalifa Haftar, reported the bombardment, which was carried out, according to the media, by the National Libyan Army’s aircraft (Haftar) in the form of nine precise air strikes. These air strikes targeted al-Watiya Airbase and destroyed completely a Turkish Hawk air defence system and three radars that were recently installed at the airbase.

Later on, some of the Egyptian media reported that an unnamed Turkish commander was killed along with six other officers as a result of this bombardment, which was the first of its kind since the signing of the military agreement with Turkey at the end of last year. No official party, whether affiliated to Turkey or the GNA, has yet confirmed or denied the news. The Turkish Anadolu Agency, however, published later on the story of the bombardment stating that unidentified aircraft carried out the attack, there were no casualties, and only some of the airbase equipment that was brought in recently to enhance the airbase were targeted. Among that equipment was an air defence system.

Although Haftar’s media insisted that his aircraft were the ones responsible for the air strike, and some of the semi-official Egyptian pages indicated that it was the Egyptian Air Force that conducted the strike, certain anecdotal news claimed that the air strike was carried out by the air force of one of the NATO countries, as suggested by Walid Phares, the former advisor of the American President Donald Trump, in reference to the French Air Force. A Libyan source has informed Egypt Watch that this strike was most likely undertaken via French aircraft. It was not the first air strike carried out by France on Libyan territory to help Khalifa Haftar, and it is not likely that the aircraft was Egyptian.

The accuracy of the strike indicates that it was executed according to a precise satellite GPS, a technology that no one in the region can possibly possess except for NATO countries and the American forces based in the Middle East. Besides, the distance between the targeted airbase and the Egyptian borders is nearly 1,300 kilometres, which means that the Egyptian aircraft has had to cross almost the entire Libyan territory to conduct the bombardment, which is considered a dangerous risk, especially with the presence of the Libyan air defence systems.

If it were proven that France was the one behind this strike, the consequences would be more complicated because it will mean that France, one of the NATO countries, is taking the side of Haftar, al-Sisi, and bin Zayed against another one of the NATO countries, ie, Turkey, not to mention its implications on the stability of the alliance itself because it will definitely lead to the deterioration of the situation in Libya.

At the same time, and after the news that Turkish security had arrested several individuals on charges of spying for France, the Turkish Minister of Foreign Affairs, Mevlüt Çavuşoğlu, labelled France as being “subversive” and accused it of endeavouring to “expand the Russian presence in Libya.” France withdrew from an operation for NATO in the Mediterranean Sea after a maritime dispute with Turkey that almost led to a military controversy.