EgyptWatch
Home Reports Egypt’s hope for a military base in the Horn of Africa is...
Facebook
Twitter
WhatsApp 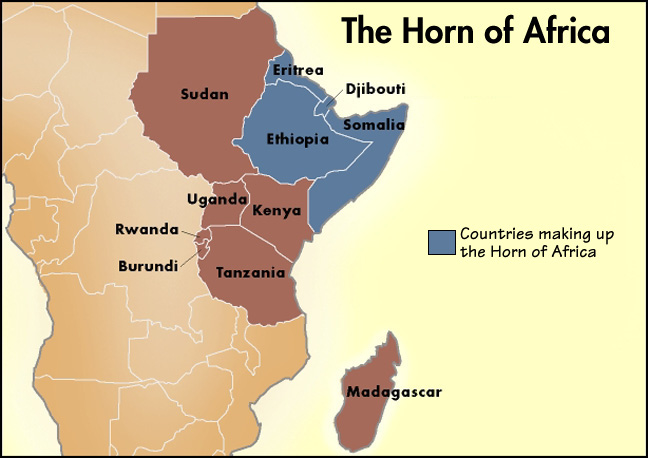 Egyptian military sources revealed that the Egyptian regime reduced its hopes in southern Sudan from an army base to a mere landing pad for Egyptian aircraft.

Egypt is looking for a foothold in the Horn of Africa, in an attempt to possess cards of strength in the face of significant challenges, most notably the Renaissance Dam that is disputed with Ethiopia. The Horn of Africa region enjoys strategic attraction for international and regional powers and is a station for military bases for the United States, France, China, Japan, Saudi Arabia, the UAE, Turkey, and Israel.

The Horn of Africa region, at the head of the Bab al-Mandab strait, includes six countries, including three Arab countries (Somalia, Sudan, and Djibouti) and Eritrea, Kenya, and Ethiopia.

South Sudan is one of Egypt’s options to build a military base on its territory, specifically in the border area of Pagak in Mayotte County, Upper Nile State. Ethiopian reports have said that the base would host 250 members of the Egyptian military forces, in apparent preparation for all possibilities related to the Grand Ethiopian Renaissance Dam.

Last June, the Juba TV website reported, citing military sources, that the government of South Sudan had agreed to an Egyptian request to establish a military base in the city of Pagak, 350 kilometres from the Renaissance Dam. “The government of the Republic of South Sudan and the Popular Defence Forces for Southern Sudan agreed to allocate land to our Egyptian brothers, who requested a plot of land in the east (South Sudan) to place their forces,” the TV website quoted an unnamed military official as saying.

Officially, Juba denies these reports and says that its approval of the Egyptian request to establish a military base in Pagak is unfounded.

Egyptian military sources told Egypt Watch that Juba has withdrawn approval of an Egyptian military base, and started talking about having just an Egyptian airstrip there. In return, the Egyptian regime grants South Sudan military aid and training for its forces. Last June, a video clip was leaked and broadcast by a local channel showing Egyptian officers training soldiers from South Sudan at the Maban Mountain site, 30 kilometres from Mayotte Governorate close to the border with Ethiopia. The Ramsel Broadcasting TV channel in South Sudan, which broadcast the recording, said that an intelligence officer from South Sudan leaked the video, due to his fears of Juba’s involvement in the crisis between Egypt and Ethiopia over the Renaissance Dam.

Egypt is seeking to establish a naval military base in Eritrea and has submitted a request to Asmara, according to the American Geopolitical Futures magazine. And through a visit to him last July, which is his fifth since President Abdel Fattah al-Sisi took office in mid-2014, the Eritrean President Isaias Afwerki came as a primary target of Egyptian temptations.

Egypt provides intensive economic support to Eritrea in the fields of agriculture, water purification, energy, drainage, and military and security assistance to attract Asmara to approve Egyptian demands. Egypt had promised Afwerki to provide the Eritrean army with military equipment as part of plans to enhance bilateral military cooperation between the two countries, military coordination on securing the Red Sea, and increase the Egyptian army presence on Eritrean lands.

The Eritrean forces also received 57 Egyptian-made Fahd armoured vehicles and 22 armoured personnel carriers. Eritrea maintains a 180-kilometre-long coastline on the Red Sea coast, making it a partner for Egypt in securing navigation in the Red Sea. Cairo denies the existence of any military presence in Eritrea. Still, Sudanese and Ethiopian reports have consistently indicated the presence of military movements to Cairo and Asmara near the shared border with Eritrea.

Observers believe that the end of the state of war between Ethiopia and Eritrea may cause Cairo to lose a vital pressure card on Addis Ababa. However, employing Asmara as an “observer” on its side in the Renaissance Dam negotiations may strengthen the Egyptian position and constitute an indirect pressure card on the Ethiopian rival.

Somaliland is located on the shore of the Gulf of Aden, specifically in northern Somalia. Ethiopia borders it to the west, Djibouti to the northwest, and the Gulf of Aden to the north. The unrecognised region (which enjoys autonomy in northern Somalia) is a valuable option for Egypt to establish its military base, hoping to achieve a balance in the face of Addis Ababa if its water share from the Nile is damaged. Within the context of the Egyptian plans seeking to do so, Cairo sent a security, military, and diplomatic delegation to meet with the President of Somaliland, Musa Bihi Abdi in Hargeisa, where the two sides discussed the establishment of a military facility, last month.

On the other hand, Cairo will offer a price for this with diplomatic recognition of Somaliland, an exchange of representative offices, and an increase in the level of cooperation between them in all fields, especially in the areas of education and fisheries, according to the Somali radio station Delson. The Egyptian move raises Ethiopia’s concern, which announced through its foreign affairs department that any initiative that would harm the interests of Addis Adaba is considered a “red line.” Ethiopia added that Egypt has the right to establish relations with any country in the region, but that should not be at the expense of Ethiopia’s stability.

In the same context, specifically in July 2019, there were signs that Egypt was establishing an Egyptian free logistical zone in Djibouti, under the pretext of serving the Horn of Africa countries. These moves were the subject of discussions between the Egyptian Foreign Minister, Sameh Shoukry, and his Djiboutian counterpart Mahmoud Ali Youssef. But the Egyptian proposal has not yet entered into force. All possibilities remain open regarding the “late” Egyptian efforts to acquire a military base in that sensitive region of eastern Africa, especially in the light of limited Egyptian options for stopping Ethiopia from completing the Grand Renaissance Dam and the decline of Egyptian influence in Africa, in exchange for the expansion of the impact of other powers inside the continent.

The state of oppression: Egypt authorities respond to doctors’ anger with...