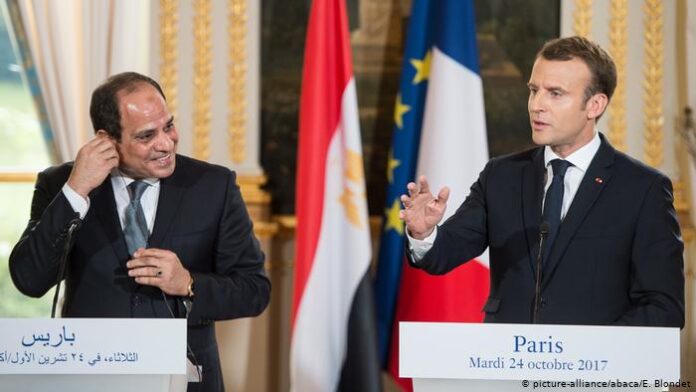 General Abdel Fattah al-Sisi and his regime were not satisfied with suppressing the Egyptian people of all sects inside the country. Still, they extended their repression abroad through attempts to take over the opponents from the countries to which they fled from brutality. Al-Sisi was not satisfied with silencing and nationalising the media inside the country until the local media became the one-voice media. His repression extended and he continued his attempts to close the opposition satellite channels that broadcast from outside Egypt.

The transformation of the media inside Egypt into a unified instrument identical to the statements of the Morale Affairs Department of the Egyptian army and the clear control of the security and intelligence services over the media led to people abandoning it. According to specialists, the Egyptian citizen no longer trusts the state’s media and does not follow it. Rather, media professionals affiliated with the Sisi regime enjoy a state of apparent public hatred and discontent.

The viewership data for satellite channels indicate a decline in the regime’s media followers, while the viewing rates of Egyptian opposition channels that broadcast from outside the country are increasing. Instead of al-Sisi thinking about reforming the regime’s media or developing its style, changing its language, and giving it more freedom, he frantically sought over the past years to silence channels outside Egypt.

From time to time, al-Sisi talks about opposition channels that question his accomplishments according to his claim, demanding the need to confront them, which reveals that they greatly disturb him.

During his visit to France last week, al-Sisi was interviewed by Le Figaro newspaper, in which he said that there are at least six satellite channels run and funded by foreign countries targeting the people of Egypt.

Al-Sisi added that it is regrettable that these channels that spread dark ideology are broadcasting via European satellites, he said. He claimed that he and President Macron reiterated their intention to prevent the spread of calls to violence, hatred, and terrorism through these channels, according to his statements. Al-Sisi spoke about opposition channels and his reference to Macron’s understanding, as some understood them as an attempt to delete those channels from European satellites.

European satellites allow Egyptians to watch the channels that the Egyptian regime prevented from broadcasting on the Egyptian satellite Nilesat, which indicates al-Sisi’s continued pursuit of these channels. For his part, Ayman Nour, who heads the opposition al-Sharq channel, criticised al-Sisi’s request from President Macron to prevent Egyptian opposition channels from being broadcast via French and European satellites. Nour expressed his surprise that al-Sisi used France as a bridge to support his suppression and tyranny, stressing that there are not six Egyptian channels abroad, as al-Sisi claims.

A few months ago, al-Sisi touched on rapprochement news between Egypt and Turkey, stressing that this rapprochement needs many understandings, especially concerning the Egyptian opposition channels that broadcast from Istanbul. After the military coup in 2013, al-Sisi’s regime closed 14 satellite channels, and the Al Jazeera office in Cairo was also closed.

Al-Sisi’s regime carried out jamming operations on the Al Jazeera channel Mubasher Egypt, but some closed channels resumed broadcasting outside Egypt and on alternative satellites to the Egyptian satellite Nilesat. Al-Sisi’s regime revealed more than once that it had approached the administrations of a group of satellites with the aim of closing the Egyptian opposition channels that broadcast from abroad.

In 2014, Ibrahim Mehleb, then prime minister, said that he prepared an urgent plan to confront foreign satellite channels and radio stations broadcasting from abroad. Mehleb did not announce this plan’s details, but he claimed that these channels are carrying out practices that harm Egypt and its economic, social, and political interests.

In 2017, parliamentarians loyal to the regime submitted a draft law that includes criminalising and punishing workers and guests of foreign channels for alleged incitement against the Egyptian state. Indeed, the security services have targeted many guests who appear on the opposition satellite channels to comment on the Egyptian events and have arrested many of them at different times.

Interestingly, among those who have been arrested are journalists and security experts who appear on these satellite channels to defend al-Sisi’s regime, such as journalist Suleiman al-Hakim and former police officer Mahmoud Qatari. For his part, the researcher with the Arab Media Freedom Observatory, Ahmed Abu Zaid, confirmed the arrest of about 280 journalists and media professionals, most of whom were correspondents dealing with Mekamaleen and Al Jazeera in particular.

International Day of the Elderly: Between deprivation and forgetfulness