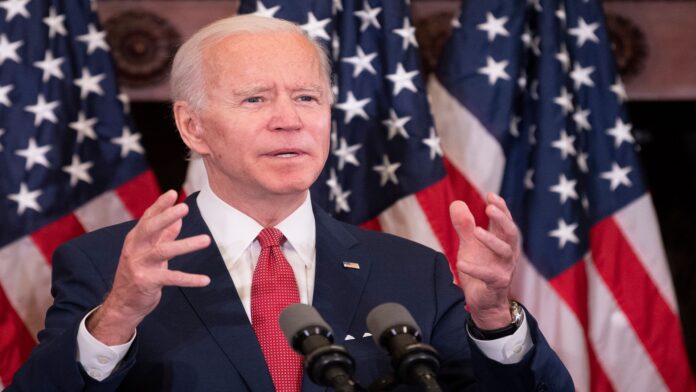 “We ask you to play the significant role we expect of you and place the issue of political prisoners in Egypt at the top of your relationship with the Egyptian regime.” With these words, Egyptian detainees delivered a message to the new US President Joe Biden.

The message was sent by detainees from several prisons, in which they appealed to Biden to pay attention to human rights violations in Egypt and the poor conditions prisoners suffer from in detention centres. In their message, the detainees talked about the forms of suffering they have been living through for years, due to their participation in the January 2011 revolution, whose tenth anniversary was a few days ago, and the torture they face, whether in the headquarters of the National Security or inside prison cells.

The detainees complained about “the regime of Abdel Fattah al-Sisi, which decided to take revenge on everyone who dared to express his opinion, rejected the military coup, refused to stop the democratic experiment of the January 25 revolution and closed the doors of dialogue with the people of the country.” The detainees expressed their optimism about “Biden’s speech on freedoms and democracy.” They added, “We ask you to play a great role that we expect from you towards us, and to place the issue of political prisoners in Egypt at the top of your relationship with Egypt, hoping that it will be a step on the way to freedom for young people who are loyal and love their country.” They noted that they were watching Biden’s election with interest, and his success was a “moment of hope in a dark time.”

According to multiple human rights reports, Egypt has been living for more than seven years the worst human rights crisis in its modern history, with thousands of dissidents languishing in prisons, most of whom are subjected to torture, enforced disappearance, and medical neglect. Last December, the British newspaper The Guardian quoted a Swiss human rights report which said that the number of people who died in Egyptian detention centres rose during the year 2020 to 100, bringing the number of prison deaths to more than 1,000 since the military coup in the summer of 2013 for reasons including torture and medical neglect.

In recent years, the number of deaths in prisons has increased due to the denial of health care and medical neglect of the sick and the elderly, in addition to torture, and finally because of the repercussions of the coronavirus. According to human rights organisations, Egypt also witnessed the liquidation of hundreds of opponents on the ground and the implementation of dozens of death sentences on political and fabricated charges.

Egyptian authorities are expanding the detention of relatives of political men wanted abroad, the latest of which was the arrest of five relatives of the American activist of Egyptian origin, Mohamed Soltan, whose arrest was linked to his political and human rights activities. They were released as soon as Biden was announced winner of the presidential elections. With Biden assuming the presidency in America last month, Egyptians are counting on his administration to improve the conditions of freedoms and human rights in their country, after his predecessor Donald Trump embraced al-Sisi’s policies, describing him as his “favourite dictator.” Tens of thousands of opponents of al-Sisi’s rule are in Egyptian prisons, including journalists, jurists, and academics from liberal, leftist and Islamic currents.

American observers believe that al-Sisi is interacting in a somewhat strange way to Biden’s arrival at the White House. He intensified his crackdown on human rights groups in the country in a move aimed at being able to bargain at a later date. Faced with this, the Biden administration will begin a legal dialogue with Egypt and discuss human rights issues with the regime. But it is unlikely that congress members will be satisfied with just this, though it may be a step in the right direction for foreign policymakers in Washington. Some experts believed that the Biden administration would have to work with congress on proposals to link annual US aid to Egypt with resolving issues, especially those that include Americans unjustly detained by the al-Sisi regime.

Recently, two Democrats, Don Pierre and Tom Malinowski, announced the formation of a parliamentary bloc under the title Egyptian Human Rights to reflect the growing consensus in congress on the need to “rebalance” the US government’s relationship with Egypt in the midst of human rights violations. They pointed out that although Egypt is a major ally, its human rights violations are extremely worrying, stressing the need to “stand up to seek what is better than our closest allies,” according to the bloc’s launch statement. This conglomerate will serve several goals, among them congress’ focus on a realistic and achievable goal of freeing detained Americans and sending a message to the Egyptian regime that the Biden administration is different. US lawmakers have also proposed using the Global Magnitsky Act on Egypt, a law that provides the US government with flexibility to identify human rights violations and target corrupt officials.

Will Egypt give up Nile water under US pressure?

The workers’ struggles came back to headache the Egyptian government