EgyptWatch
Home Egypt Watch Calls for lockdown in Egypt due to outbreak of coronavirus in Upper...
Facebook
Twitter
WhatsApp 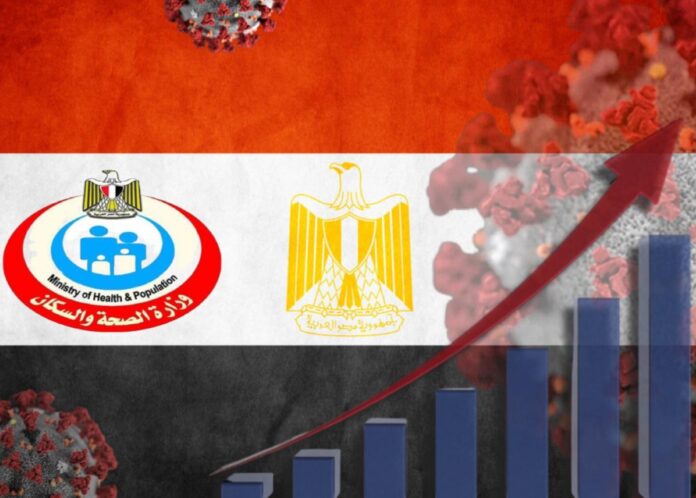 Egyptian activists on social media demanded immediate government intervention to stop the escalation of the number of coronavirus infections, which they described as terrifying.

Participants revealed that the number of deaths and infections in Egypt has recently increased dramatically, accusing the government and health officials of covering up the true numbers.

Activists accused the government of neglecting to protect its citizens and not taking strong precautionary measures like last Ramadan, fearing for the economy. Bloggers demanded the cancellation of exams, the prevention of gatherings, and the closure of sports clubs and restaurants. Many of them expressed their anger at the imposition of government restrictions on mosques and places of worship only.

Most of the posts calling for closure to protect citizens from the spread of the coronavirus were related to Upper Egypt governorates, where infections are widespread. Many citizens spoke of an insane increase in infections, critical cases, and deaths due to the virus in the governorates of Sohag and Qena in southern Egypt. Activists called, via various hashtags, to impose a new closure or a total or partial curfew, stop the large escalation in cases of infection, and implement a strong media awareness campaign to confront the virus. Activists appealed to the government to provide more facilities within hospitals to save people’s lives.

The deputy of the Parliament’s Plan and Budget Committee, Mustafa Salem, submitted an urgent statement to determine why there is such a high number of infections and victims in Sohag and explained that public places did not adhere to the precautionary measures.

Egypt is facing a continuous increase in the rate of new daily infections during the past two weeks. Last month, the advisor to the Egyptian president for preventive health affairs, Mohamed Awad Taj Al-Din, announced that his country is witnessing an intensification of the third wave of the coronavirus, with an increase in the number of infections with the month of Ramadan.

Al-Sisi signs a €350 million loan to develop the subway