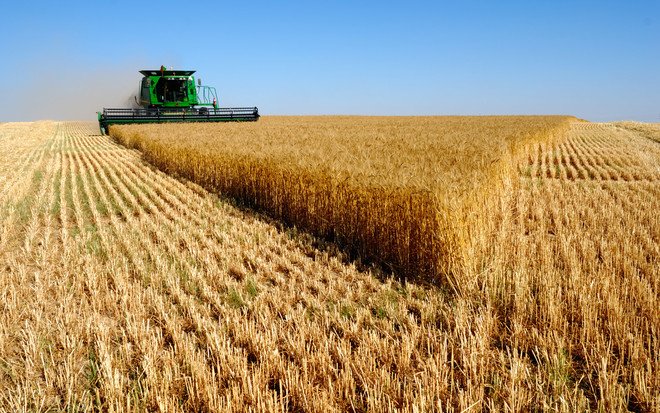 The current Russia-Ukraine war threatens a global increase in the price of wheat. Egypt is the biggest wheat importer in the world. According to experts, the current ration subsidies cover about 60 million Egyptians, which is two-thirds of the population, with five loaves of bread a day. Subsided bread hasn’t changed since the riots of January 1977, known as “the bread uprising,” against the late president Anwar Sadat who called it “the thieves uprising.” The Bread Uprising prevented any increase in bread prices. Sadat accused the Nasserists and communists of plotting the riots.

According to analysts, Egypt hasn’t prepared well for this crisis, despite the alarming signs of a Russian-Ukrainian War. It was obvious that Egypt is getting into a real crisis of wheat imports, especially since the statements of the Egyptian Minister of Supplies and Internal Trade that Egypt has a strategic stock of wheat for four months. At the same time, the General Authority for Ration Commodities, the biggest wheat importer in Egypt, cancelled two tenders to provide wheat this week due to the increase of prices and the decrease of offers.

Egypt faces a current crisis to find alternative wheat providers after the outbreak of the Russian war on Ukraine as the two countries supply Egypt with around 80 per cent of its wheat imports. Experts confirmed that the Ministry of Supplies and Internal Trade has an approved list of 14 countries to import wheat from instead of Russia and Ukraine, many of these countries outside Europe. Yet, the problem is the rising wheat prices and the ability of other countries to provide growing global demand.

The Ministry of Supplies and Internal Trade has already proposed a tender to supply wheat, but it was cancelled. The Ministry of Supply was talking about a specific type only, which is French wheat. This behaviour from suppliers is expected as they are waiting for the increase of prices and the stabilisation of the situation. However, the promising solution of French wheat will put pressure on the public budget.

There are many problems related to French wheat, including that it is not valid to produce the Egyptian bran bread (baladi bread) as the French wheat is soft and needs enhancers. As well as this, its moisture content is 14 per cent compared to 10 per cent in Russian wheat. The higher the moisture content, the less able it is to be stored for a long time due to the growth of harmful fungi. Additionally, the thickness of French wheat is more suitable to the fino bread (a side-loading bun) while it is unsuitable for Egyptian bread as it is soft and incoherent.

The alternative wheat sources are the European Union, Australia, the US, Argentina, Canada, Romania, and Brazil. But resorting to these alternatives will lead to an additional cost due to the higher quality of these types that differ from the Russian one, as well as the cost of shipping. The consumption of wheat in Egypt is about 18 million tonnes annually, with local production at 10 million tonnes, while the remainder is imported from abroad.

In 2021, Egypt imported 50 per cent of its wheat requirements from Russia, and 30 per cent from Ukraine. The Egyptian government confirmed that it has a strategic stockpile that will fulfil its needs for about nine months in a country where 70 million citizens are receiving five subsided bread loaves daily. According to the statistics of the US Department of Agriculture, during the period between July 2020 and June 2021, Egypt’s imports of Russian wheat were 8.96 million tonnes out of 13.3 million total imports of wheat over this time.

The crisis has been worsening, as the Russian Union of Grain Exporters decided to temporarily pause the export of grains. The Russian farmers will likely slow down the sales of grains ahead of a price increase. All of that will put the Egyptian government at serious risk it did not prepare itself for, in addition to the increase of the values of forward contracts of wheat that hit the maximum rate permitted in the stock market. Prices keep increasing for one of the basic commodities in the world due to the consequences of the Russia Ukraine War that interrupted the supply of wheat shipping from the breadbasket in the Black Sea.

According to the cabinet’s spokesman, Nader Saad, the government is working on importing wheat from countries other than Russia and Ukraine. Saad stated that Egypt has a list of 14 countries to import wheat from, and some of them are outside the European continent. In its memo, the company of agricultural consultancies, Agritel, mentioned that the markets are still unstable, and the spring season will be tough for the agricultural sector in Ukraine, which will negatively affect general budgets across the world.

The Egyptian imports of wheat in 2021 reached 5.5 million tonnes, compared with 3.5 million tonnes from local farmers. According to the CAPMAS, Egypt is the biggest wheat importer in the world, as in 2020 the Egyptian government and private sector imported 12.9 million tonnes in 2020 worth $3.2 billion. The Egyptian Prime Minister Mustafa Madbouly revealed that his government is intending to move to increase the prices. During a conference held at the government headquarters in the New Administrative Capital, eastern Cairo, Madbouly said that his government is studying all scenarios related to changing the price of subsidised bread. Madbouly added that the last time the state raised the price of bread was in 1988, when it rose to five piasters, while the production cost of the loaf then was 17 piasters. Now, the cost has increased to 70 piasters. Madbouly confirmed that the prices will be increased, and the government will ensure that this does not affect marginalised groups.

The Egyptian president mentioned that there is a necessity to increase the price of the subsided bread: “It’s time to increase the price of the subsided loaf,” Sisi said in an opening ceremony for a new city for food industries last August. “I cannot provide 20 loaves of bread for one cigarette; it should be reorganised.” The Egyptian government has allocated EGP 51 billion (about $3.2 billion) for bread subsidies in the governmental budget of the current fiscal year 2021/2022. At the same time, the allocations of ration commodities increased during the current fiscal year 2021/2022 to EGP 87.2 billion ($5.5 billion) compared to EGP 84.4 billion ($5.3 billion) last fiscal year.

According to the Ministry of Supplies and Internal Trade, five loaves of subsidised bread (sold with less than its real cost for the benefit of low-income on ration cards) is disbursed to the individual registered on the ration card, with a total of 150 loaves of bread per month. Cairo produces 270 million bread loaves a day which equals 121 billion loaves per year. It is noteworthy that the Egyptians have 23.179 ration cards that provide services for 71.479 million Egyptians.

Currently, there is chaos over prices in Egypt following the increase of the bread prices by the owners of free-market bakeries as the wheat tonne increased to EGP 1,500. The price of unsubsidised bread in private bakeries increased by 50 per cent, as the small loaf price became 75 piasters instead of 50, and the large loaf increased from EGP 1 to EGP 1.5. This comes considering expectations that the Egyptian government will tend to increase the price of subsidised bread in the coming days, considering the rise in the price of wheat by EGP 1,000 per tonne, about $64, equivalent to 20 per cent, according to the Grain Chamber of the Federation of Egyptian Industries. The urgent question now is whether or not the Egyptian government will take the risk of increasing the prices of subsidised bread, which threatens to spark popular unrest and protests.

Social media has helped harassment and rape victims in Egypt