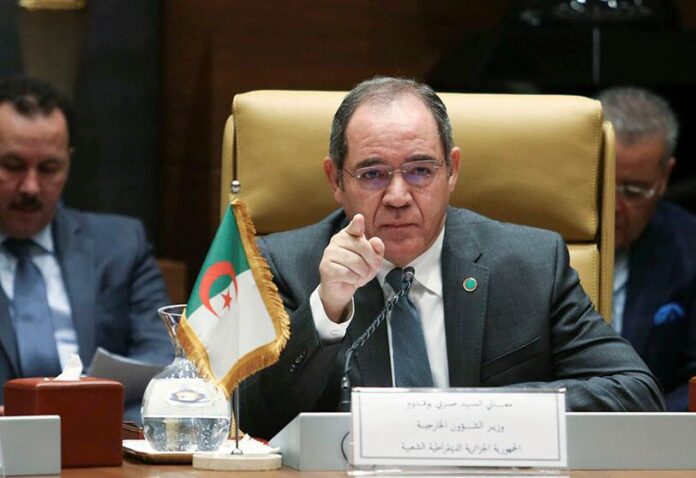 Emirates objected to the proposal of UN Secretary-General Antonio Guterres to appoint the former Algerian foreign minister, Sabri Boukadoum, as the UN envoy to Libya to succeed the current US envoy, Stephanie Williams. Egyptian official sources told Egypt Watch that a solid Egyptian objection promoted the Emirati objection to the nomination. AFP quoted diplomatic sources saying that the Emirates, a non-permanent member of the UN Security Council and the current representative of the Arab group in the council, is the only country that refused the nomination during the UN Security Council session, and Egyptian sources told Egypt Watch that Cairo expressed total rejection of this nomination.

Egyptian official spoke to Egypt Watch on the condition of anonymity, saying Egypt refused any Algerians to assume this position and had previously refused the appointment of the current Algerian foreign minister, Ramtane Lamamra. The rejection results from the different parts assumed by Cairo and Algeria regarding the situation in Libya. At the same time, Algeria supports the head of the Government of National Unity, Abdel Hamid Dabaiba, Cairo sides with the Libyan parliament candidate of the prime ministry, Fathi Bashagha, who has recently allied with Aguila Saleh, the speaker of parliament, and with General Khalifa Haftar against Dabaiba and Tripoli forces.

The Egyptian official added that the Egyptian Intelligence notified the Egyptian Presidency that Boukadoum and Dabaiba have solid mutual ties. Boukadoum’s presence as the head of the UN Mission to Tripoli could undermine the efforts of Cairo and Abu Dhabi to support Bashagha before the upcoming elections that are expected to be put off due to internal and regional disputes. AFP quoted sources that said UAE declared during the UN Security Council session that Arab countries and Libyan parties objected to Boukadoum’s appointment because he represents Algeria, which borders Libya and is biased toward a particular party in Libya, according to the UAE’s UN mission.

Boukadoum was Algeria’s Prime Minister in 2019, then assumed Algeria’s foreign ministry before the current minister, Ramtane Lamamra, who was also refused by Egypt earlier after the resignation of the former Lebanese envoy Ghassan Salameh. These movements come days before the end of the current envoy, Stephanie Willems, amid a foggy situation regarding the upcoming period in Libya. Egypt and UAE, along with their allies in the Libyan East, seek international recognition of their candidate Fathi Bashagha. At the same time, the USA objects to his alliance with Khalifa Haftar, who has ties with the Russian paramilitary Kremlin-sponsored Wagner forces. The latter is accused of committing war crimes inside Libya.