EgyptWatch
Home Reports The Minister of supplies was used as a parliamentary scapegoat for the...
Facebook
Twitter
WhatsApp 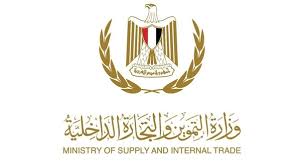 In a 6-hour lengthy parliamentary session, 63 briefing requests and 12 interpellations were filed against the Minister of supplies and domestic trade, Ali Moselhi, last Tuesday. Several deputies attacked the veteran minister over the hiking prices of essential food commodities in Egypt since last March. This made the content of that session get great interest from the official and semi-official press, which grabbed the words of the deputies and rewrote them in the content of social networks that attract the public. The topic was among the most popular on those sites and in search engines.

One of the deputies criticized the statements of an official at the ministry of supplies about the importance of eating a “chicken legs” meal, and another said, “The people are groaning from the ministry of supplies, and prices are out of control.” Representative Nafie Abdel-Hadi also accused the Minister of handing over the people to greedy merchants, giving too much power to monopolies and not playing his role in controlling prices in the market, calling for his dismissal or resignation. Another deputy, Ali Badr, confirmed that Egypt is facing a global crisis. Still, he also criticized a problem in traditional oversight over retailers to prevent profiteering and speculation.

The Minister of Supply chose the ready-made responses provided by his ministry and the government on the economic crisis the country was suffering from, and his answers were known. He started by talking about the inappropriate timing for providing conditional cash support and confirming that there is a stock of live meat sufficient for a year and poultry for five months and six months of supply wheat. He also talked about his directives to make the circulation of white rice and barley more freely. He also confirms the importance of raising the price of rice. Hence, there is no discrepancy in market prices, and to create balance in the market, while talking about his ministry’s actions against those who do not make the right price for commodities by confiscating them or closing the stores. He also said that the rise in the exchange rate and inflation are “imported”, blaming the Russian war on Ukraine for the price increase. He did not forget to launch resonant slogans, such as “I am the minister of crisis removal, not the minister of crises”, “I am upset, and this is my right”, etc.

This Wednesday morning, hours after the session, the Ministry of Supply issued a statement, apparently to try to contain the circulation of the deputies’ reports, in which the ministry announced creating “Welcome Ramadan” exhibitions with discounts of up to 30%! After the session, the deputy Mahmoud Qassem said in televised statements that the Minister of Supply’s responses to the criticisms were “provocative and unconvincing.” The deputies were impressed by the matter, and he said there is a study for the Minister’s questioning before the deputies.

Scapegoat for the government

The official and semi-official media exploited the statements and deputies’ critics. They used it as propaganda, and it turned out that they were trying to take the pressure off the government, using the Minister of Supply as a scapegoat. The matter was like a “lifeline” for the government with the economic deterioration, and it was the most beneficial for the intelligence agencies that manage Egyptian media. For example, Ahmed Musa, the journalist closest to these agencies, applauded the deputies live after the end of the parliamentary session.

That confirms what we wanted to prove, there was no parallel session to hold the ministers of the economic group accountable, in addition to the prime Minister, especially with the financial and economic policies that initially caused the crisis, starting with the foreign exchange crisis and relying on hot money, which Minister Muhammad Maait admitted that it was a mistake. Despite this, it is clear from the Minister’s statements and the government’s “déjà-vu” justifications confirming that the crisis is global that they are eagerly awaiting the end of the problem of the Russian war on Ukraine so that interests will return to the central banks of the countries of the world, led by the United States of America so that hot money will return to flowing again.

The deputies did not address the government’s excessive expenditures of high-interest loan funds to finance non-return infrastructure projects, primarily the New Administrative Capital. No deputy dared to talk about the matter, as it is an integrated strategy that the presidency adheres to, interested in its immediate results in influencing his popularity by using what he calls “achievements” to promote himself. The parliament stands beside the government and is biased towards all its decisions concerning policies and laws and control over the people’s money that is exiting the general budget without supervision. There is criticism of the Minister and the government, but it does not ask the most critical questions to the honest officials!

The fall of the Iron and Steel Co: From leadership to...

Private universities: Investment at the expense of students’ futures