EgyptWatch
Home Reports What is the future of the USD and the EGP? 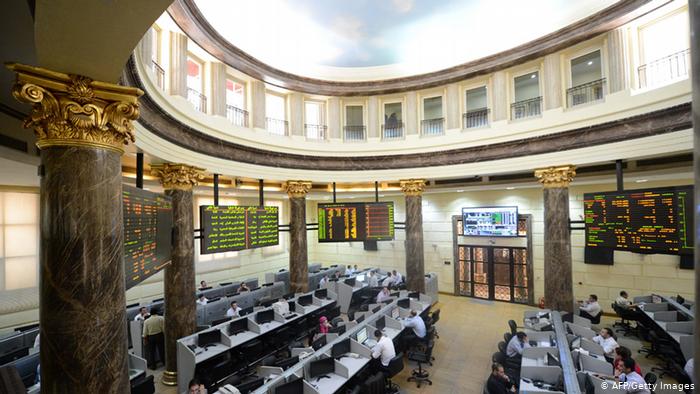 Three years later, it seems that the EGP is beginning to recover. Since the beginning of 2019, the USD has lost about 120 piasters, which is equal to 7 per cent of its exchange rate against the EGP. Currently, the exchange rate records about EGP 16.7 at the majority of Egyptian banks.

This is the biggest appreciation in the last two years. However, what is surprising is that this is contrary to the expectations of many economic analysis and evaluation institutions. Most expectations considered that from the beginning of 2019, the USD would experience a huge appreciation against the EGP limited to 5 per cent. Some analysts predicted it might reach EGP 20 at the end of 2019 because of the USD’s power internationally, also considering its appreciation against the local currencies in developing markets like Egypt.

This report is an attempt to examine several assumptions about the sustainability of the EGP appreciation against the USD and whether it is a sudden momentary appreciation. This analysis does not try to forecast the future of the EGP rate against the USD because the Egyptian currency market is complicated and there is lack of data and information.

Why has the USD depreciated?

The depreciation in the value of the USD is slight if we consider three factors. First, it has happened over a short period of time, six months. Secondly, the appreciation percentage is only 7 per cent. Thirdly, this appreciation is not a result of root factors in the economic structure.

It seems that the fundamental factor behind why the EGP has appreciated is the high demand on governmental debt instruments, whether local or valued by the USD from foreigner investors, especially when considering debt crises in emerging markets which are considered true competitors to Egypt in the international bond market.

Since the beginning of 2019, and only in January, foreign investments in Egyptian debt instruments have increased 21.6 per cent reaching EGP 233.8 billion which is equal to $13.36 billion, compared to about EGP 192.2 billion (about $11 billion) in December according to the monthly statistical publication issued by the Central Bank of Egypt (CBE).

In addition, foreign investments increased to 7 per cent last February recording $14.6 billion. Foreign investments had decreased for nine consecutive months from April to December 2018. Then, these investments lost about $19.82 billion after it recorded its ultimate rate in March at the value of $21.553 billion.

Another factor contributing directly to USD oversupply is the termination of the foreign exchange repatriation mechanism. This mechanism had been adopted by CBE since 2013 ensuring that the profits are converted into USD whenever foreign investors want to exit the market, i.e whenever the investor wants to exit from the Egyptian market CBE shall convert his profits into USD. The termination of this process resulted in USD oversupply in banks, and the entering of new USD cash flow to the banking sector.

If we are facing a normal appreciation, at first glance why did none of the credit rating agencies and investment banks expect this increase?

Here, we can suppose that lack of information played a huge role. In addition, any analysis based on any previous appreciation won’t lead to USD depreciation as the USD is appreciating against all the currencies of the emerging markets in the world, and the power of the USD is increasing day after day considering the international economic circumstances.

Moreover, we can attribute that to the size of the currency market which is completely unmonitored. We do not know what remains within the informal sector until now, despite the allegations of CBE that floating the pound fully eliminated the black market currency, but it is impossible practically, for many reasons related to the economic model in Egypt and the lack of confidence of the majority of Egyptians in the banking sector.

Now we have to answer the question about how CBE interfere in determining the exchange rate. Moreover, does the current exchange rate reflect the real value of the USD against the pound?

In a research note released by the Dubai-based Light House for market research, a company conducting deep research especially in the Middle East, they predicted that the Egyptian pound is still subject to strict management from CBE and does not work according to a free exchange rate as is known.

The research said that the EGP exchange rate until the end of last January is inexplicable, and it moved in narrow scale in the period between last May and the beginning of this year in the midst of a severe crisis that damaged the assets of the emerging market:

“In the last weeks, the Egyptian pound performed away from the performance of the majority of emerging markets with its rise at 4 per cent against the dollar to be traded around 16.8 pounds for the dollar at the end of May. On the contrary the other currencies of emerging markets [such] as the Korean won, the South African rand and the Turkish lira, all of them depreciated against the US dollar at percentages of 6 per cent, 4 per cent and 15 per cent respectively.”

The research went on to say that the country’s foreign reserves increased from $19 billion in November 2016 up to $44 billion at the end of April. It indicated that the leap in foreign reserves happened up until February 2018 which experienced a reservation increase at about $23.5 billion as a result of foreign investors cash flow in the local treasury bills, while the size of increase in this flow from March 2018 until the end of last April was just about $1.7 billion.

How could CBE control the USD exchange?

The Egyptian government own six banks directly under the law of public business sector. On the top of the list is the National Bank, Banque Misr and Banque de Caire. CBE have shares in other private banks. Since floating the pound, the bank transactions percentage has increased as compensation for closing around half the exchange trading companies by CBE that considered those companies responsible for the USD exchange appreciation in the period before floating.

This control of the exchange market allowed CBE to pressure the evaluation of the USD in the market, whether through unannounced tenders for the major government banks or facilitating and providing these banks with as many USDs as it needs.

The intervention of CBE determining the exchange rate is normal in order to control inflation as the bank doesn’t want a large leap in USD exchange (overshooting) like what happened in 2017 when the USD exchange exceeded the barrier of EGP 18 and the floating rate leaped to 32 per cent. So many of economists have taken the side of managed floating for a while, followed by releasing the exchange rate. But since CBE decided to initiate clean floating, the intervention in the market could provide serious indications for investors in the Egyptian markets, especially those who are speculating on the EGP. When the investors realise that CBE is manipulating the USD exchange rate, it could drive both investors and speculators in the market to hoard the USD and thus create a huge currency crisis.

There are some positive indicators on the economy. Such indicators are believed to be away from any contribution of growing speculation on the USD in the upcoming period even if what could be called “the Central Bank game” was discovered. CBE makes the profit ratio of dollarisation (dollar hoarding) low through keeping the USD rate under EGP18 to control inflation. Moreover, the high rate of interest in banks and storing savings as real estate is much closer to the investment culture to the majority of Egyptians than dollarisation. However, these indications don’t deny the risk of this “game” which could appreciate the USD up to unprecedented levels. CBE could control such appreciation later thanks to its ability to pump the USD, but this would result in an inflation wave that could last for quite some time at least.

Unless the government addresses the major problems of the economy related to the ability to generate scarce currency, so long as there is no big growth in revenues from the Suez Canal or remittances from workers abroad or tourism revenues, then the EGP will stay on the edge against the USD.

In Egypt there are no trials, only slaughter

Deal of the century: Official government support and popular anger