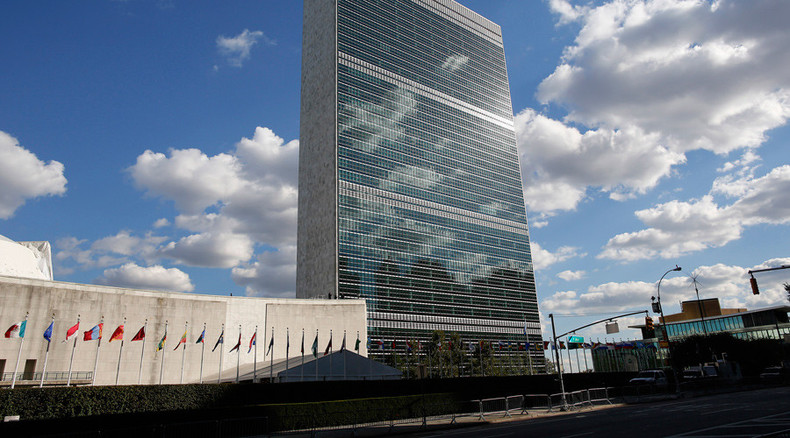 The United Nations criticised on Wednesday Egyptian Minister of Immigration Nabila Makram’s threat to the Egyptian opposition in the diaspora to “cut off their heads,” in a gesture captured on video and widely circulated on social networking sites.

Farhan Haq, deputy spokesman for the Secretary-General of the United Nations, said in a press statement: “we stand against any incitement to violence. And, of course, everywhere in the world, people should be able to exercise their freedom of expression regardless of which country and which topic is at hand.”

Haq’s statement came in response to a question on the position of UN Secretary-General Antony Guterich on such language being used by a minister of a member state.

Makram’s statement has provoked huge controversy among Egyptian political activists who are repressed by the current government. They have demanded Egyptians in Canada give the video to the Canadian Prime Minister and sue Makram for inciting violence and terrorising dissidents outside Egypt.

“Anyone who speaks out against our country from abroad, what happens to him? He will be sliced up,” she says, running her finger across her throat. Her comments come less than a year after the murder of Jamal Khashoggi in Istanbul.

Makram issued a statement in which she said she was surprised that what she said was misrepresented: “The Egyptian state does not threaten its children, but it communicates with them, supports them and meet their needs.”

She added: “Cutting the neck is a word in the Egyptian vernacular and means the intensity of anger of those who do it.”

Scandal in Egypt’s ministry of health: Zayed has heart attack after...