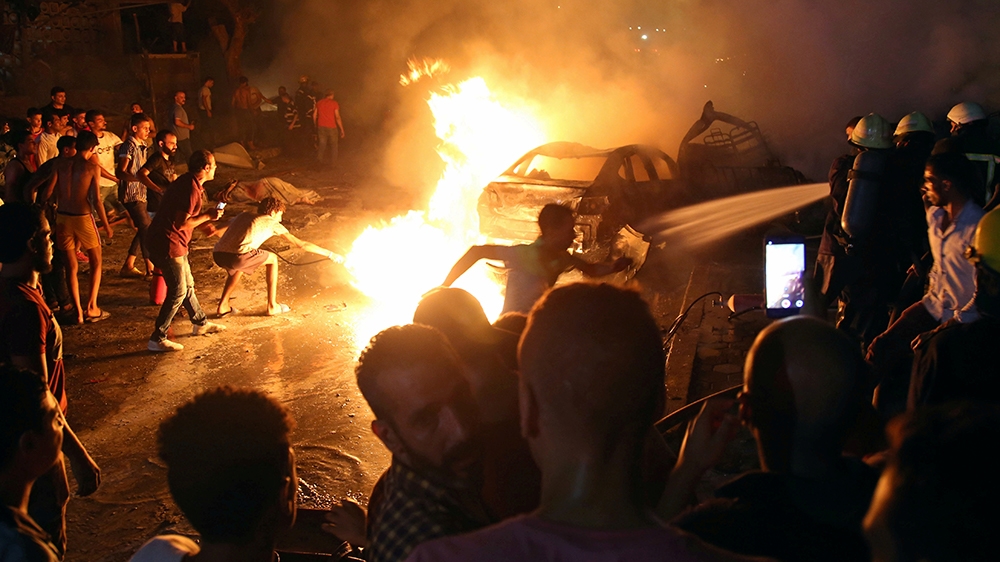 Egypt‘s government has said a car packed with explosives was the cause of an explosion near a medical centre in the capital that killed at least 20 people and wounded 47 others.

In a statement on Monday, the interior ministry said the car was driving in the wrong direction the night before when it collided with three other vehicles, causing a major blast in front of Cairo’s main cancer hospital.

“The car contained explosives, and the collision led to their detonation,” the ministry said. “It is estimated that the car was being transported to a location for use in the execution of a terrorist operation.”

It said the Hasm group was responsible for rigging up the car, but did not specify whether it believed the attack was meant to happen elsewhere on Sunday or whether the explosives were being transported for a future assault.

Egypt accuses Hasm, which emerged in 2016 and has claimed several attacks, of being a wing of the outlawed Muslim Brotherhood. The movement denies this and says it seeks change through peaceful means only.

“I extend my deepest condolences to the Egyptian people and the families of the martyrs killed in the cowardly terrorist incident … last night,” read the post on el-Sisi’s official Facebook and Twitter feeds.

Timothy Kaldas, a non-resident fellow at the Tahrir Institute for Middle East Policy, said it was unlikely that Egyptian authorities had enough information at this point to conclude that Hasm was responsible.

“The Hasm group has been largely inactive for the last couple of years. You hear from them occasionally but they haven’t been nearly as active as they have been in the past. It would be surprising to see them re-emerge on the scene,” Kaldas told Al Jazeera from Cairo.

“It is also just possible that the government chose to blame them initially because the government sees them as an extension of the Muslim Brotherhood’s leadership, and so it’s just a way for them to pin the blame on the Brotherhood from the outset.

“It’s very possible that this could have been a different group.”

The explosion caused a blaze that forced the partial evacuation of the National Cancer Institute, the health ministry said.

Seventy-eight patients at the institute were transferred to other hospitals following the blast.

According to Egypt Today news agency, all of the wounded were in a stable condition except for three who were taken in the intensive care unit (ICU).

Khaled Megahed, a spokesman for the health ministry, said at a press conference on Monday that patients in the ICU suffered “several burns of varying degrees”.