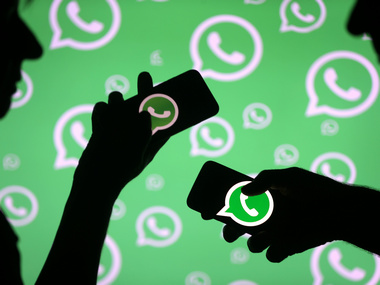 The Egyptian government announced the allocation of a phone number on WhatsApp called “WhatsApp Egypt” through which any citizen can report any person broadcasting “inflammatory messages” or calling for “riots or acts of sabotage,” which observers consider means McCarthyism is thriving in Egypt.

Those who make accusations will not be required to provide any evidence of his accusations, and his identity will remain confidential, which opens the door to reprisal reports.

The decision enshrines the McCarthyistic nature of the ruling regime that turns citizens against one another and encourages espionage.

With the new resolutions, the Egyptian regime legalises and opens the way for hundreds and thousands of McCarthyites to accuse their opponents of being members of the Muslim Brotherhood, or spies for Turkey and Qatar.

Supporters of the regime translated the Egyptian government’s announcement as an invitation to use WhatsApp as a means of reporting on social media pages that contain anti-regime publications and videos.

The Egyptian regime often describes any opposition demonstrations as “riots,” “violence” and “subversive acts,” even if demonstrators are peaceful.

The regime also accuses the Muslim Brotherhood of being a terrorist group, although its leaders strongly deny that and affirm their condemnation of the violence.

This is the first time that the Council of Ministers has allocated a phone-number to report “inflammatory writings,” in this rubber expression, which can be interpreted in various ways, which opens the door to accusing innocent people of committing any crime based on political opinions alone.

Recently, Egypt has witnessed many McCarthyistic cases, with some citizens accusing their opponents of being members of the Muslim Brotherhood or opponents of the regime.

One of these cases involved the journalist of the state-owned newspaper Akhbar al-Youm, Sayed Sobhi, who was arrested by the security forces after he left the Akhbar al-Youm building.

One officer told Sayed that one of his colleagues had reported on him and said he was an instigator of violence and riots. A number of figures intervened to release Sayed, one of whom is the chairman of Akhbar al-Youm, Yasser Rizk.

Yasser Rizk is a journalist close to the regime, and observers see him as one of the tools used by the al-Sisi regime to express his opinion and pass his messages to the people.

Sayed was later released, and he thanked a number of journalists and writers close to al-Sisi’s regime who intervened to release him. Sayed is not considered a supporter of the Muslim Brotherhood, in fact, he was opposed to them during their rule, which means that the report on him came after a conflict.

Sayed is one of the lucky ones who survived his arrest and indictment because of his ties to those close to al-Sisi’s regime, but hundreds in Egypt are not as lucky.

M.O. is one of those also. He was waiting for his appointment as an Egyptian consul in one of the Egyptian embassies abroad.

Unfortunately, his father’s differences with his neighbours prompted one to them to accuse the young diplomat of being a supporter of the Muslim Brotherhood.

In the aftermath of this report, investigations were initiated around M.O., which were independently carried out by the General Intelligence Service and the National Security Agency. Intense investigations have found no evidence that he is a member of the Muslim Brotherhood. However, he was excluded from becoming a consul, the job he dreamed of, because political uncertainty surrounded him which ended his career.

A notable example of this McCarthyism was the June 2018 ruling by the Administrative Court of dismissal of the Director General of the Radio and Television Union, Ali Abu Hamila, from service as a result of a complaint filed by one of his colleagues to the Maspero Security Department.

The complaint referred to the fact that he had written on his personal page on the social networking site Facebook that “Tiran and Sanafir are Egyptian and those who say something else are traitors.”

The last five months have witnessed a noticeable increase in the number of cases referred by the public prosecution to court because of what people post on social media, and sometimes users are questioned about comments written by friends or acquaintances from outside the country on their personal page.

During those months, the Public Prosecution began to follow the instructions of the Attorney General to examine the social media pages of the accused in cases of a political nature, and cases of demonstrations and incitement in particular.

These instructions are not limited to taking the result of the examination as presumption or additional evidence of the commission of the crime attributed to the accused, instead, they are being used to “search for any other crimes that the accused has committed through his personal pages on those sites.”

The McCarthyism and exclusionism which has been practiced against the Islamists in the past years has entered new horizons, with the increasing state of tension in the street and social media and the involvement of hundreds of thousands of citizens in the publication of videos broadcast by the contractor and actor Mohammed Ali who renewed calls to demonstrate against the system.

On February 9, 1950, during a speech in Wheeling, West Virginia,  Republican Congressman Joseph McCarthy waved a list of 205 State Department employees, accusing them of communism and spying. This  launched one of the worst intimidation campaigns in American history. But McCarthyism, which is thriving in September 2019 in Egypt, does not need speeches and written lists. It is a silent McCarthyism that uses confidential communications via WhatsApp, but it is more terrifying.