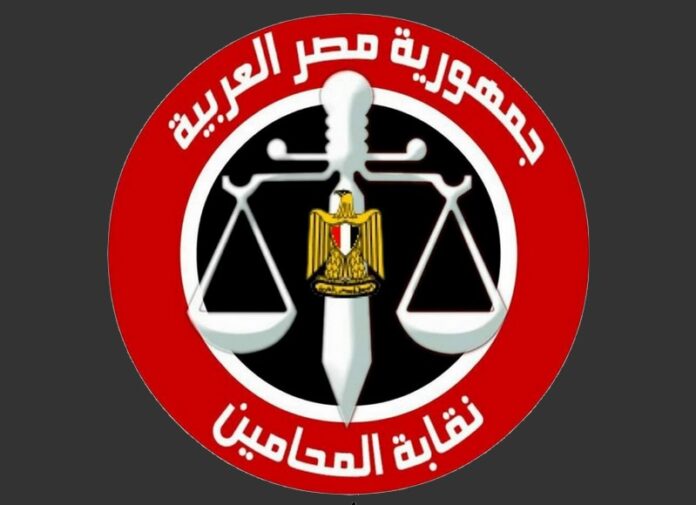 The Egyptian Constitution provides that: “The legal profession is an independent profession. It participates with the judiciary in achieving justice and the rule of law and ensuring the right to defence.” Also, it provides that: “While undertaking the right of defence before courts, all lawyers enjoy the guarantees and protection granted to them by law, which also apply to them before investigation and trial authorities.” However, it seems that such a concept means nothing to the regime. The regime continues vicious attacks on lawyers, punishing lawyers for their exculpatory defences on their clients’ behalf.

As evidence for such practices, last Tuesday the South Cairo Elementary Court summoned the well-known lawyer Ahmed Helmy to be investigated concerning an accusation of “judicial authority offence.” It comes after his presence of the renewal of imprisonment of one of his clients where he provided legal defences that indicated the limitations of the prosecution’s investigations which has been considered a “judicial authority offence” that requires referral and investigation.

Helmy revealed that he was summoned by the South Cairo Elementary Court to be investigated related to the crime of “judicial authority offence.” Helmy added that the accusation came after he said in court that there was no material evidence presented for the charges brought against his client and that the investigation was based on the way she dressed. Helmy said that the judge considered this defence an offence against the prosecution.

Khaled El-Masry, a lawyer who attended the incident, explained that “the Lawyer Ahmed Helmy provided a legal defence of the investigations’ limitations, it’s the core of his profession as a lawyer. However, the judge considered it an offence of judicial authority and decided to detain our colleague for 24 hours, in violation of the law.”

The Egyptian Constitution prohibits the arrest or detention of lawyers whilst they defend people, but it seems that the honourable judge – mostly assigned through favouritism and nepotism – hasn’t read the constitution. El-Masry indicated that the court guard detained Helmy but the other lawyers objected, as it’s not legal to interfere with a lawyer during his work which lead the judge to change his decision and release the lawyer. After the spread of news about Helmy’s committal to the investigation, the Egyptian Lawyers Association decided to assign two lawyers to review and study the reason for referring Helmy to the prosecution and attend the investigation. Also, several subsidiary unions issued statements of solidarity with him.

Since the military coup in July 2013, systematic attacks against Egyptian lawyers has increased. Lawyers have been exposed to arbitrary detention, physical abuse, torture, and enforced disappearance. Besides this there are politicised judicial procedures related to charges of terrorism, spreading false news, and the misuse of social media. Despite the lack of a comprehensive record of the number of lawyers who have been targeted because of their profession, there are indications that their numbers are in the dozens. According to an initial count, the number of lawyers detained from January 2018 to September 2020 is 35.

Among these lawyers is Haitham Mohamadeen, a notable lawyer, labour rights activist, and human rights defender. Mohamadeen was repeatedly harassed in connection with his work, and on May 18, 2018, he was arrested in the context of protests against austerity measures adopted by the government and subjected to enforced disappearance for two days until he was brought to the State Security Prosecution accused of inciting illegal protests and being a member of a terrorist group. Haitham was detained for six months, then he was released under precautionary measures. No sooner than six months passed before he was detained again and remains in prison until now, despite exceeding the maximum period of pretrial detention.

For years, Mohamed Ramadan has faced a systematic targeting because of his human rights work. In April 2017, he was sentenced in absentia to 10 years in prison for insulting the president, misusing social media, and inciting violence under the anti-terror law. Ramadan appealed this sentence, but his request is still pending whilst he waits for a decision on the constitutionality of the anti-terror law. On December 10, 2018, Ramadan was arrested again related to other charges. He was arrested a few days after the Yellow Vest demonstrations in France as he published a picture of himself wearing a yellow vest on his Facebook account. He has been arrested and accused of calling for protest against rulers, sharing the purposes of a terrorist group, spreading false news, and the misuse of social media. He is still in jail now.

All this tells the story of a regime that is terrified of defending rights, and of telling the truth in the face of unfair prosecutors and the judiciary who easily squander rights to please their masters in power.

Washington plans to engage in dialogue with Cairo on human rights