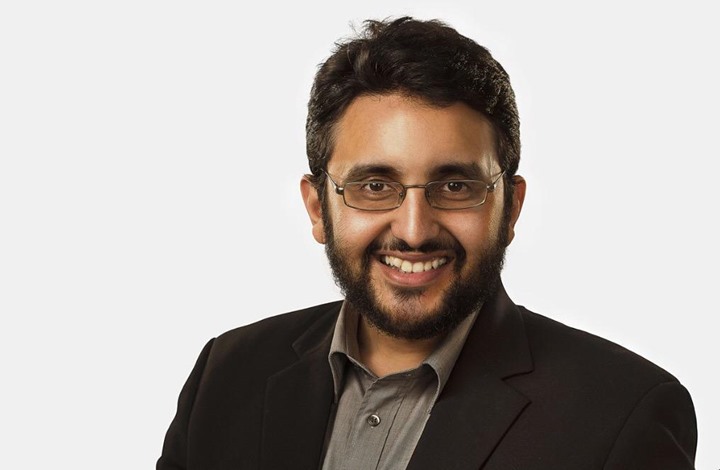 Al-Haddad was not ill when he first went to jail six years ago, but the six-year pre-trial detention he has undergone has made him look at least 40 years older.

Al-Haddad was arrested in September 2013 and was listed by the Egyptian authorities in two cases, the first known as the “intelligence” case, and the second the “Rabaa sit-in’s operating room.”

In early 2014 Egyptian authorities transferred al-Haddad from Lehman Tora prison to the Scorpion Prison and have kept him there since.

The former spokesman for the Muslim Brotherhood in Egypt has been beaten severely by security officials in the infamous Scorpion Prison. Al-Haddad has been suffering from dizziness and loss of consciousness with the full knowledge of the prison authorities. Demands that he be sent to hospital for treatment have been refused.

Al-Haddad’s family said that the authorities want to cover up the violent treatment he has endured.

Al-Haddad received initial life sentences in both cases, but after the cassation he was acquitted in both cases.

In September, al-Haddad was supposed to be released from prison, but instead he was included in a new case. He was granted bail again on October 21, 2019.

Al-Haddad’s family was quick to pay the bail in the hope that it would lead to his quick release. Instead, he has been added to a new case.

The new charges accused him of taking over the leadership of a group inside prison and providing them with information and instructions.

These accusations are illogical, as he has spent the last three years in complete isolation and solitary confinement at the heavily guarded Scorpion Prison. During those years, Egyptian authorities prevented al-Haddad’s family from visiting him, which meant that he had been in complete isolation for years.

For five years he has received no health care, his body is horrendously emaciated, and he has lost his ability to move as a result of a cut in the cartilage of his knees requiring surgical intervention. He has not had surgery and the Egyptian authorities left him without any medical relief.

Al-Haddad was the spokesperson for the Muslim Brotherhood and was arrested in September 2013 as part of a crackdown that followed the bloody crackdown on demonstrations in Rabaa al-Adawiya Square, that was organised in protest against the military coup led by the current President Abdel Fattah al-Sisi, against the former President Mohamed Morsi.

Immediately after his arrest al-Haddad was severely beaten on the entire body and lost the ability to walk without a crutch. He has spent the last two weeks in a solitary with no ventilation, no bed, no toilet, and no lighting.

Prior to working for the Muslim Brotherhood and the Freedom and Justice Party, he was the director in charge of the Clinton Climate Initiative in Cairo from 2007 to 2012.

Political activist Mona Seif says years in prison at the heavily guarded Scorpion Prison made him age too quickly. The liberal activist called for shining a spotlight on al-Haddad’s experience in an attempt to save him.

Some of the cells in these buildings are solitary confinement cells, and with no window and no toilet. Some detainees who spent periods in these cells describe their lives there as living in graves, with no air or light.

Last October, UN human rights experts said that the Muslim Brotherhood leader, Isam al-Haddad and his young son Jihad al-Haddad, had been detained illegally since 2013, as part of the political persecution of former aides to the late Egyptian President Mohamed Morsi. They considered that they should be released immediately and compensated.

Egypt denies the intention to close due to the second wave...

The former Minister of Justice put under house arrest