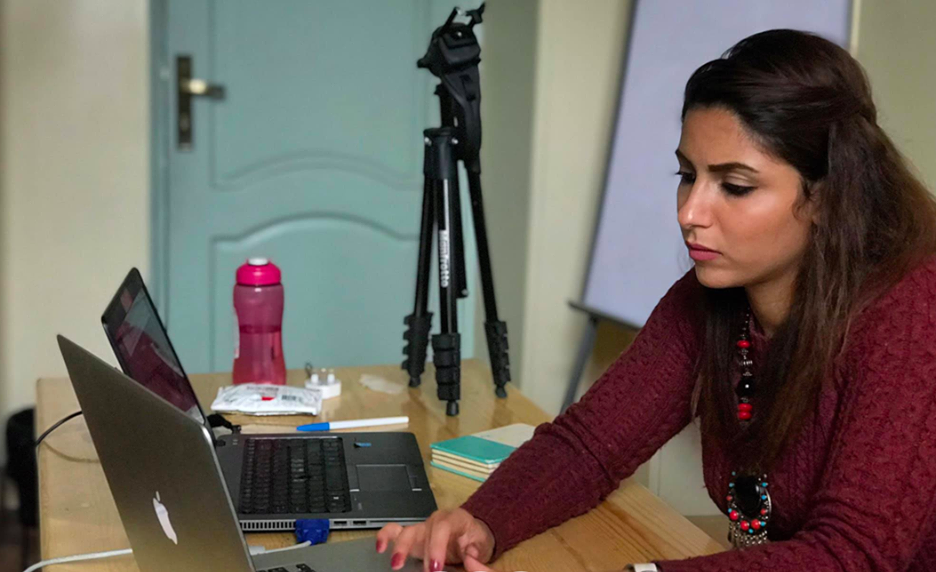 Egyptian human rights organisations have revealed that the health of the detained Egyptian journalist,
Solafa Magdy, has deteriorated inside Al-Qanater women’s prison due to deliberate medical neglect.
These organisations have accused prison administrators of inflicting abuse on female detainees in this
notorious prison.
According to information reported by human rights organisations, quoting lawyers, Solafa can no longer
walk because she is in so much pain.
The results of the analysis showed that Solafa suffers from high blood platelets, in addition to severe
pain in the back and knee as a result of the torture she was subjected to during the period of her
enforced disappearance after her arrest.
Solafa’s pain came in addition to the increase in the humidity in the cells and the harsh weather, as well
as from contracting an infection in the first days of her arrest.
She was injected with a drug she was allergic to, which caused her to lose her mobility for several days.
Solafa started physical therapy in prison for her back, before she had to stop due to the absence of the
necessary medical care for her.
Belady Centre for Rights and Freedoms said that Solafa had to stop medical treatment because the
prison hospital was unhygienic and the equipment was not sterilised, especially in light of the presence
of many detainees with chronic and contagious diseases. She was afraid that her condition would worsen
instead of being treated.
The Egyptian Coordination for Rights and Freedoms called for providing the necessary medical care for
Solafa, and securing her speedy release so that her health condition would not deteriorate any further.
They called for stopping all violations against her and against all female political detainees.
Security forces in civilian clothes (secret police) arrested Hossam al-Sayed and his wife, Solafa Magdy,
along with the activist Muhammad Salah, as they were leaving a coffee shop in the Dokki district in her
car, on November 26, 2019.
The three of them appeared after their forcible disappearance of 18 hours in the Supreme State Security
Prosecution, which ordered their pending detention in case 488 of 2019.
Solafa proved during the illegal investigation that she was tortured, beaten, humiliated, and her car and
mobile phone seized.
Why was Solafa arrested?
Solafa Magdy, a young Egyptian journalist and human rights defender, began working in 2010 for a
number of Arab and Egyptian newspapers, and then moved to work between a producer and a news
reporter with a number of channels such as 25TV, Al Sharqiya, DW, Daily News Egypt and BBC.
Solafa founded Everyday Footage in 2017, the first school in Egypt to teach mobile journalism (using cell
phones to document incidents) to journalists, researchers, and those involved in documentation.
In 2019, Solafa was chosen for the Reham Al-Farra fellowship to be the only Arab journalist among the
15 journalists around the world who were chosen to cover the General Assembly of the United Nations.
During her career, Solafa has been interested in covering a number of human rights and freedom issues,
such as the rights of women and minorities, illegal immigration, refugees, and others.
Activists say Solafa was arrested for defending her friend Esraa Abdel Fattah, who was arrested a few
weeks before Solafa.

On January 22, the Supreme State Security Prosecution renewed Solafa’s detention for 15 days.
Solafa asked again about the whereabouts of her personal belongings and car and about why the violence
against her has not been investigated.
The prosecution accused Solafa of participating in achieving terrorist goals and misusing social media.
Solafa is a living example of General Abdel Fattah al-Sisi’s regime’s expansion of terrorism charges
against political activists, journalists, and human rights defenders.
In recent months, the Egyptian authorities used a new accusation, which is “the participation of a
terrorist group in achieving its objectives,” instead of “joining a terrorist group,” after the latter
accusation became ridiculous.

Brotherhood deputy leader: There will be no reconciliation with al-Sisi