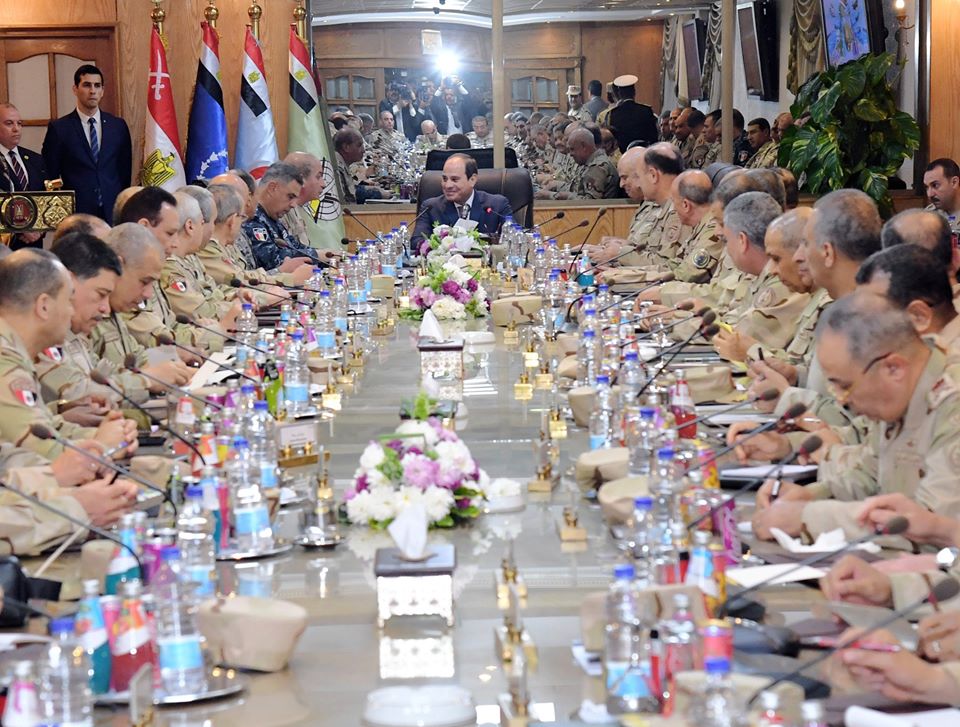 After a complete disappearance for 19 days General Abdel Fattah al-Sisi has finally appeared, warning that the number of people infected with the novel coronavirus could jump to thousands if Egyptians do not take it seriously. Al-Sisi appealed to Egyptians to stay in their homes for two weeks with more discipline. Al-Sisi added: “We are facing the most serious crisis because of corona, and I call on the Egyptians to take more responsibility so that the country can safely emerge from the current crisis.” Al-Sisi’s warnings came during a meeting with a number of women on Egyptian Women’s Day, Sunday, when he finally announced a package of economic measures for people struggling under the effects of the virus.

Coronavirus in Egypt has caused the death of 19 people and infected 366 others inside the country, officially, while Canadian researchers say the true figures are much larger and exceed 19,000. Al-Sisi rejected those numbers, criticising those whom he described as skeptical and helping to spread rumours aiming to distort the state. Al-Sisi stressed that his government has not failed in facing the crisis since its appearance in China.

Al-Sisi’s last public appearance was at a meeting on March 3, when he chaired an expanded meeting with leaders of the armed forces following the failure of the Renaissance Dam negotiations, sponsored by the United States and the World Bank. Al-Sisi’s appearance coincided with the announcement of the death of the director of the Army’s Water Department, Major General Khaled Shaltout, after he was infected with coronavirus. A statement by the Egyptian army, broadcast by the media, said that Shaltout died, “as a result of being infected with coronavirus while participating in work to combat the spread of the disease in the country.” The army statement did not give additional details about how Shaltout was infected or with his death, but media sources said he was infected with the virus whilst supervising the sterilisation of a number of squares and streets in the country.

A source familiar to the Egyptian Ministry of Health and Population revealed that it was confirmed that all members of the Shaltout family were infected and are in medical isolation in Abu Khalifa hospital in Ismailia. Observers warn that there is a real challenge facing the Egyptian authorities, which is the “unknown cases,” or the infected people, whom the Ministry of Health does not know about, who are not in medical isolation in hospital, and are in contact with thousands of Egyptians and spreading the infection.