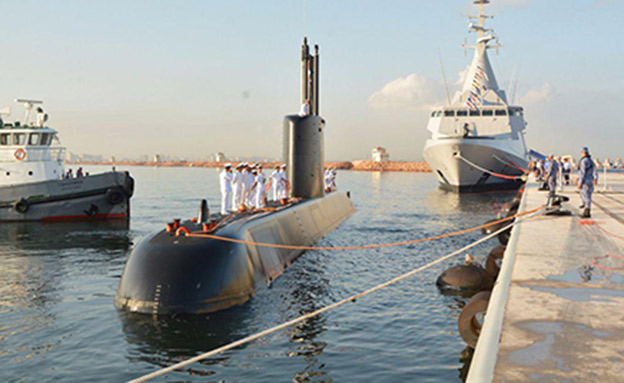 The German government has announced its approval to sell a German submarine from Thyssenkrupp military company to Egypt, along with four warships to Israel. German Federal Minister for Economic Affairs and Energy, Peter Altmire, informed the Bundestag’s Economic Affairs Committee of the approval in a letter to the committee. German Chancellor Angela Merkel chairs the Federal Security Council, which is the council that specialises in making decisions on deals to supply German weapons abroad. The deal coincided with the rapid spread of coronavirus in Egypt, and the heavy economic losses that the country is going through due to the partial curfew imposed throughout the country.

Egypt has not recorded large numbers of people infected with the novel coronavirus. The official number of infected is 865, including 58 deaths, numbers that have been met with widespread skepticism from Canadian researchers who said that the real number of infected people in Egypt is in the thousands. The armed forces have started transforming a number of schools into hospitals to accommodate patients. Major sources of Egyptian national income have been affected, including tourism and the Suez Canal.

Egyptian activists shared on social media websites a tragic video clip of an elderly Egyptian person who died on the doorstep of a hospital in Hamamat El Kobba (a Cairo neighborhood) after the hospital refused to take him. A statement issued by the hospital later said that it refused to receive the patient because it is not equipped to deal with people infected with coronavirus and that the Ministry of Health has identified only five hospitals where they can be taken.

Observers say that five hospitals to receive the infected despite a rapidly spreading virus in a country with a population of more than 100 million is a very small number, adding that the current crisis revealed that the health sector in Egypt is dilapidated and that hospitals do not even have basic equipment. Instead of improving the health system, the Egyptian regime has spent billions of dollars buying more weapons. For example, Germany announced that Egypt ranked third last year in the list of countries most in demand for German weapons with purchases amounting to €802 million ($867 million). Many opponents have criticised the Egyptian regime’s policy of buying weapons as the country is not fighting a war and is not facing any potential military threat at the moment, while hospitals and schools suffer from a clear deficit.

Opponents say that General Abdel Fattah al-Sisi is buying weapons from Western countries in exchange for legitimising his regime after he came to power through a military coup in the summer of 2013. But the arms deals have not caused controversy in Egypt alone, they sparked controversy within Germany, due to the human rights situation in Egypt. Critics are also angry because Egypt is a close ally of the Arab coalition led by Saudi Arabia, which is participating in a war against the Iranian-backed Houthis in Yemen.

The German government recently extended an arms ban to Saudi Arabia until the end of this year. Member of the Left Party, Sevim Dağdelen, criticised the approvals issued by the German government on the arms deals: “In violation of its own principles, the German government continues to be involved irresponsibly for the supply of military weapons to authoritarian regimes in areas where tensions and wars are taking place.” “We need an immediate end to this unethical export policy,” said Dağdelen.

In Egypt, a judicial release does not mean you are going...