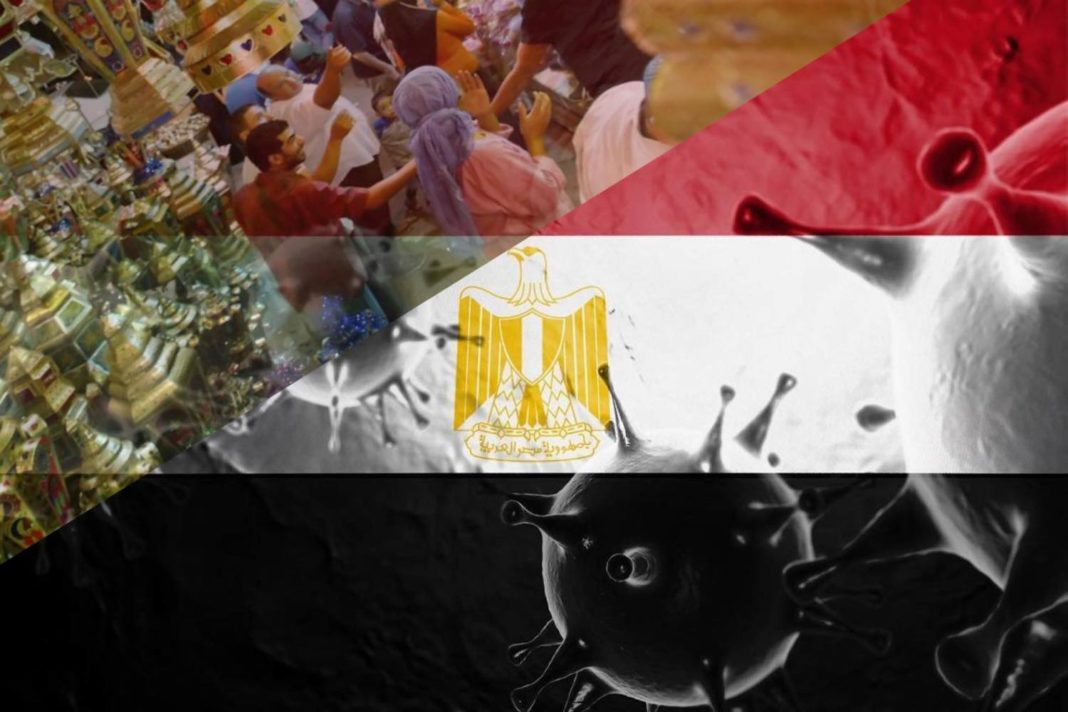 The coronavirus has made an intense impact on the poor’s life in Egypt during the month of Ramadan, and forced Egyptians to abandon rituals they have been accustomed to for more than 1,000 years, including setting up the traditional Rahman tables and buying food for iftar. Besides the intense changes in worship and the Tarawih prayers during the month of Ramadan, coronavirus has caused changes in the lives of the poor in a country where about a third of its 104 million people live below the poverty line.

Sales of food commodities in Egypt decreased during the holy month of Ramadan by 30 per cent, due to the weak purchasing power of citizens on the one hand, and the measures to prevent the spread of the new coronavirus, on the other. Hazem al-Menoufy, a member of the General Food Division of the General Union of Chambers of Commerce, said that “food sales, in general, are witnessing a decrease of up to 30 per cent compared to the same period of each year.”

Al-Menoufy added that the excessive buying that appeared at the beginning of the curfew and the outbreak of the coronavirus have completely disappeared and the buying rates have reduced, as every family buys what they need day by day, according to Al Shorouk, the Egyptian daily. He pointed out that the price of food is stable and the overbuying was done during Shaaban, the lunar month before Ramadan.

On his part, Abdel-Rahman Abdel-Hadi, owner of one of the large supermarkets in al-Haram Street in Giza, said that the sale of goods, in general, have decreased by 30 per cent when compared to the same period of each year. He added, “Many citizens have restricted their purchases to necessities only, and the customer is no longer buying more goods than necessary,” due to the fact that citizens remain at home and are afraid of what is to come over the coming days.

Abdel Aziz al-Sayyid, head of the Poultry Wealth Division of the Federation of Chambers of Commerce, said that the prices of poultry fell between EGP 2-3 per kilo ($0.13-0.19), in contrast to what is known in the peak of the Ramadan season. He hinted that it was because of the reduction in sales.

Egyptians are used to seeing dining tables extending in the streets of Egypt, waiting for the fasting people who are passing before the launch of the Maghrib call to offer free breakfast to the guests of Rahman, every Ramadan. But this year, the Ministry of Local Development prohibited the granting of permits for the establishment of Rahman tables, hosted by citizens or charitable institutions, as part of the precautionary measures against the coronavirus.

The Ministry of Endowments also prohibited the setting up of tables in the vicinity of its mosques. The history of the Rahman tables in Egypt dates back to more than 1,118 years, at the time of the rule of the Tulunid state, specifically in the fourth year of the mandate of Prince Ahmed bin Tulun (220-270 AH).

Historical sources say that Ahmed bin Tulun was the first to set it up with the aim of charity and righteousness of the poor and needy, throughout the month of Ramadan, and he commanded the rich to extend their tables to the needy, since at that time the poor in Egypt are waiting for Ramadan as the month of the generous. There is no official statistic for the number of tables of Rahman that are held in Egypt. But, according to some estimates, it exceeds 40,000, and costs between EGP 3 and 5 billion ($191-318.5 million) during the month of Ramadan, some of which serve a small number of fasting people and others that accommodate thousands of fasters per day.

A study issued by the Fatwa Committee of Al-Azhar revealed that the number of citizens who benefit from the tables of Rahman is three million daily, and the number of entities or people who organise these tables is 10,000. Observers warn that prohibiting these tables, without any alternative measures, will have a tough effect given the high poverty rates in the country, which are 32.5 per cent of a population whose number exceeds 100 million, which means that millions may not find break their fast this year.

Observers say that during the past few years, the month of Ramadan witnessed a decline in charitable work, for several reasons, including high levels of poverty; some givers have turned into the needy. In addition to this, the Egyptian regime has restricted charities. The Egyptian regime has closed thousands of charities and confiscated their funds, claiming that they are linked to the opposition Muslim Brotherhood.

Observers say that the Muslim Brotherhood was very active in the month of Ramadan, distributing thousands of bags of food to the needy, and that the security pursuit extended to include the charitable arm of the group. Besides the Muslim Brotherhood, the Egyptian regime closed dozens of other associations, among them, for example, Al-Gameia Al-Shareya, an NGO that had no political affiliation. The closure of these associations made it more difficult for the poor who no longer have access to benefits and aid, especially since their situations have gotten worse due to the economic problems they face due to the coronavirus.

On its 9th anniversary the January uprising is in prison