EgyptWatch
Home Reports War in Bir al-Abed: How the area turned into the centre of... 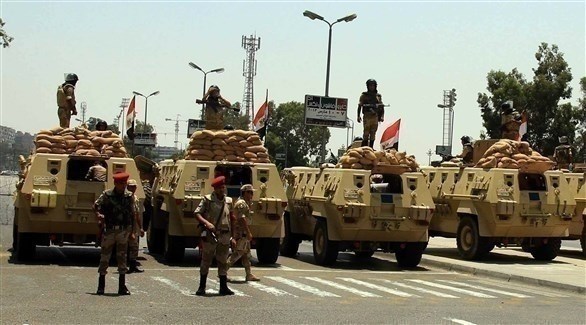 Aerial bombardment, heavy military vehicles, and intensive field operations – in a short period of time, the residents of Bir al-Abed in North Sinai found themselves living in a war in their once quiet area. Bir al-Abed has emerged recently as the most inflammatory hotspot in the Sinai Peninsula, as it has become the centre of fighting between the Egyptian armed forces and armed groups, especially Wilayet Sinai (Sinai Province, the local branch of ISIS).

The attacks targeting the security forces in that area have been repeated numerous times over the past years, and have often taken a heavy toll on the land in that area. The area of Bir al-Abed centre is about 3,857 km2, including about 24 smaller villages, and it is located 70 kilometres west of Arish.

The importance of Bir al-Abed lies in the fact that it is an important terminal through which the main gas lines extend to the eastern borders of Sinai, Jordan, and through Israel, which has made it a target of sabotage operations. Bir al-Abed is the last city in North Sinai from the western side, followed directly by the administrative borders of the Ismailia Governorate and the Suez Canal, which gives its location added strategic value.

A point of conflict

During the past three years, the city has emerged as a point of conflict between the Egyptian army and armed organisations, but it quickly turned into the main centre of the conflict. There was an IED attack there last Thursday which killed 10 Egyptian soldiers, including two officers. Last February, Brigadier General Mustafa Abido, Commander of the 134th Mechanics Brigade, 134th Infantry Division, 2nd Field Army, and his colleagues, were killed after his car was bombed in the Al-Touloul area, east of Bir al-Abd.

In the same month, gunmen targeted one of the gas pipelines linking Egypt and Israel in the same area (al-Touloul) with several explosive devices, in an attack later claimed by ISIS. In September 2019, Toffaha military checkpoint south of the city of Bir al-Abed was the target of a violent attack, which killed an officer and nine soldiers, according to the Egyptian military spokesman. Wilayet Sinai just announced in a statement that they killed 15 people.

Also in Bir al-Abed is the village of al-Rawda, which was the scene of a bloody massacre in which 305 citizens were killed and 128 others injured in an attack on a mosque during Friday prayers in November 2017. In July 2019, an attack was carried out on a post office in the same village and EGP 80,000 (approximately $5,000) was taken. September 11 2017 is a bloody and unforgettable day in Egyptian memory, as it was the day ISIS targeted a security convoy as it passed in the Bir al-Abd area near Arish, killing 18 policemen and wounding several others.

At that time the attack, which occurred at a checkpoint in the Malahat Sabika area of Bir al-Abd, was a blow to Egyptian security. Four armoured vehicles were destroyed, followed by clashes between the police forces and the attackers. Before the end of the same year, an armed attack resulted in the killing of the military governor of the Bir al-Abed area, Colonel Staff Ahmad al-Kafrawi, and six other members of the Egyptian army.

The intense amount of armed attacks targeting Bir al-Abd in recent years indicates several things, most notably that the city appears to be physically outside the control of the Egyptian army. For the third year in a row, the Egyptian army is launching its expanded military operation, Operation Sinai 2018, but without succeeding in imposing full control of the region.

Wilayet Sinai is seeking, with these intensive operations in this region, to find a new stronghold after being forced to withdraw from Arish, Sheikh Zuweid and Rafah in east Sinai. Wilayet Sinai also understands the importance of trying to focus its operations west of Sinai, close to the international road (al-Qantara – Arish), and the borders of the Ismailia Governorate and the Suez Canal, which means that the organisation is looking for media attention by launching operations near the important international waterway (the Suez Canal). With the increasing targeting of checkpoints in the area of Al-Touloul specifically, Sabika, al-Sabeel and others, the Egyptian security system appears to be vulnerable, related first to monitoring, gathering information, and aborting attacks before they happen.

Security experts also accuse the Egyptian regime of failing to secure safe passage for army and police patrols and providing them with air cover, in the face of an enemy with sufficient knowledge of the geography of the area. Given the repeated attacks in Bir al-Abed and the organisation’s ability to hit its targets almost every time, there are serious concerns about “leaked information” about Egyptian security movements and the itinerary of patrols in the area.

Observers say that armed organisations are able to use technology that enables them to eavesdrop on wireless transmitters, through which the conduct of operations and security moves are directed, and then prepare ambushes on military patrols. Security experts also highlight the median ages of victims of successive attacks in Bir al-Abed at around 20 years, a figure that tells us that the army is pushing new recruits into these dangerous combat hotspots, without adequate experience or training, and who are easy to target. Observers are wondering why the special forces units and the counter-terrorism teams trained in the clashes in the region are not present, while the inexperienced soldiers are being pushed to the conflict centres.

In contrast to these gaps in the Egyptian army’s performance, Sinai Province’s tactics have evolved to incorporate irregular warfare. The organisation seeks to carry out unexpected, large scale operations as a display of force to show it is in control of its territories.

The organisation avoids direct military confrontations, moving in open areas that can be targeted by air craft, and in turn relies on tactics such as detonating explosive devices remotely, snipers, and hunting mobile patrols that are not covered by the Air Force. According to the strategy of the organization, elements of the Sinai Wilayet carry out attacks on relatively weak targets that are carefully monitored, through which they can demonstrate strength and superiority at low costs. Under this strategy, the security vacuum in Bir al-Eid provides a valuable opportunity for ISIS operatives to plant improvised explosive devices, which have become a new nightmare for the Egyptian army (two big operations within 3 months).

Al-Sisi is afraid of Biden and hopes Trump will win