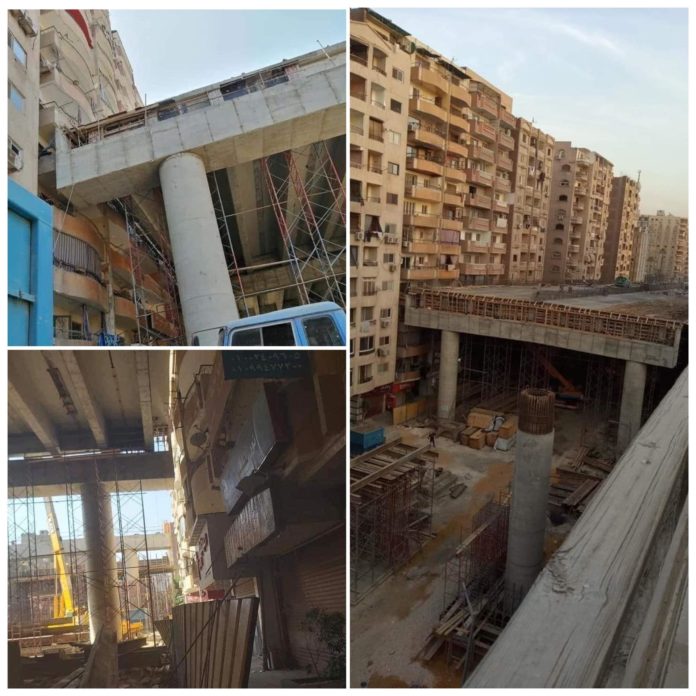 Social media users are sharing images of the construction of Teraet Al-Zomor Bridge, also known as the King Salman Axis, which is worrying close to a number of residential buildings. Some images showed that the bridge is roughly 50 centimetres away from the residential buildings, which means people could reach out and touch it from their balconies.

Residents and shops will have to continue their lives and businesses living under the bridge. A lot of people have objected to the highway’s construction, and described it as an architectural crime.

MP Mohamed Fouad has been pushing for reconsideration of the construction project, stating that it violates safety requirements, infringes the privacy of citizens’ property and put their lives in danger. The Ministry of Housing has said the four buildings that are extremely close to the bridge were actually built illegally, and a decision to demolish these buildings has been issued for when the bridge is completed. However, residents have said that the permits to build were acquired back in 2008 and thus cannot be deemed illegal.