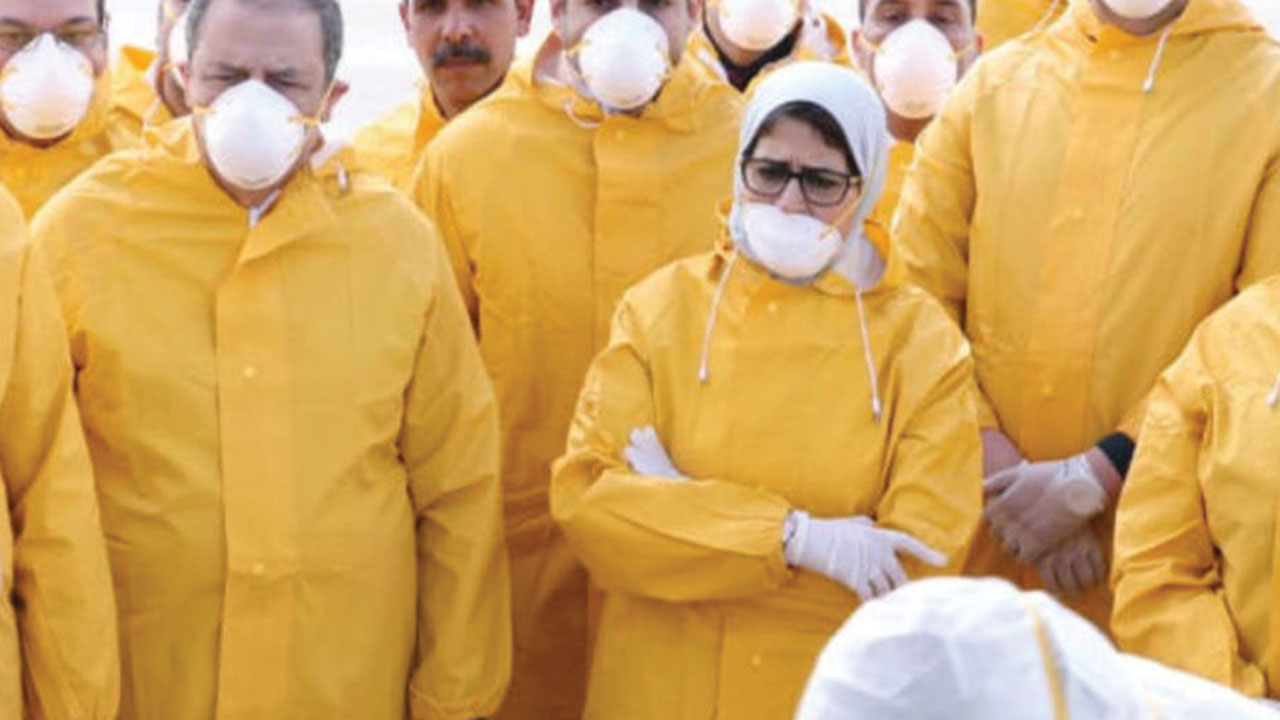 The health ministry has said in a statement that Minister of Health and Population Dr. Hala Zayed ordered the opening of an urgent and immediate investigation into the death of Dr. Waleed Yehya Abdel Halim, who died after being infected with coronavirus at Moneira General Hospital, as soon as she learned of the incident. The minister stressed that all legal measures will be taken in the event of any wrongdoing. In her statement Zayed offered her sincere condolences to the family of the doctor, whom she described as a “martyr”, asking God Almighty to grant him the grace of mercy and allow him to dwell in his heaven gardens.

The order of the health minister came after anger prevailed among medics Egypt, due to the lack of medical supplies and tests for coronavirus, in addition to the accusations directed at the health ministry and the government of managing this crisis with double standards. Last week, a young doctor named Waleed Yehya (32 years) died from coronavirus after the health ministry failed to provide a place for him in an isolation unit to be treated. Yehya’s death ignited anger among the doctors, especially since some hospitals refuse to receive dozens of infected people and conduct tests for them until they show severe symptoms of the virus with impending respiratory failure. Social media activists shared photocopies of mass resignations from many doctors, including the doctors of Moniera General Hospital, who witnessed Yehya’s death.

According to the Medical Syndicate, 19 doctors have died, four of them within 24 hours, and more than 350 doctors have been infected since the coronavirus outbreak began in the country. This comes at a time when the ministry provided an ambulance for the actress Ragaa al-Geddawi (82 years), and provided her with two VIP rooms in an isolation hospital and also conducted a virus test on all artists and actors who came into contact with her whilst filming the Ramadan series “Game of Forgetting.” Defenders of the Egyptian regime said that Ragaa had herself tested for the virus and booked a room in the hospital at her own expense, but that justification opened the door to greater criticism of the Egyptian system, on the grounds that treatment in Egypt is for the rich only.

Doctor Muhammad Hussein Haider criticised this policy and wrote on his Facebook page, “Yesterday there were two infection cases with the coronavirus, Ragaa al-Geddawi (the actress), and Waleed Yehya (a doctor). Ragaa was transported by an urgent ambulance to the quarantine hospital in Ismailia, and a virus test was made on all the staff of the series that she was participating in… As for Waleed, he did not find a place for treatment, even though his condition was poor, and the result was the death of the 32-year-old doctor.”

Doctor Mai Gamal wrote: “Why has the Ministry of Health conducted virus tests on the artists in contact with Ragaa Al-Geddawi when they didn’t show any infection symptoms, while the ministry of health maintains that “the new protocol states that even doctors and nurses who have a positive condition will not be tested for the virus unless they have severe symptoms.” Mai stressed that for “the overwhelming [number of] people who arrive at hospitals and who suffer and cry from shortness of breath, the ministry requests them to isolate themselves in their homes for 14 days, and some of their homes are very narrow and inhabited by a large family.”

This wave of anger pushed a number of doctors to submit their resignations due to the lack of medical supplies and the failure to provide any kind of protection for them or their families. Some doctors also demanded the dismissal of the Minister of Health Dr. Hala Zayed, and the ministry’s spokesman, Dr. Khaled Mujahid, after how they have managed the coronavirus crisis, pointing out that due to Zayed’s failure to manage the crisis, General Abdel Fattah al-Sisi was forced to use Dr. Awad Taj El-Din as his advisor. Instead of responding to the doctors’ demands, accounts on social media websites loyal to the Egyptian regime began attacking the doctors, describing them as traitors and followers of the Muslim Brotherhood.

Egyptian journalist Ahmed Ibrahim told Egypt Watch that the Egyptian regime have described doctors as the white army, but left them without protection, just like the soldiers without a weapon, and when they objected to that, they said they were traitors. He added: “The system punishes them because they did not die silently … The infections and mortality rate of Egyptian doctors so far is three per cent, which is six times that of Italy, for example, one of the countries in the world [with the highest] number of infections.” Ibrahim pointed out that the doctor, Waleed Yehya, was infected with the virus while working in the hospital to combat the virus, which means that he is one of the people most deserving of the treatment, but the regime left him dying, and paid extra attention to an elderly actress, which sends a poor message to doctors.

For its part, the Egyptian Medical Syndicate held the health ministry “fully responsible for the increase in injuries and deaths among doctors as a result of the ministry’s failure and neglect in protecting them.” The statement stressed that it will take all legal and union measures to protect the lives of its members, and will prosecute all those involved in this failure, which amounts to the crime of murder. The syndicate deplored the repeated “cases of the ministry’s failure to do its duty to protect doctors, from refraining from early virus tests to discovering infections among the medical teams, to refusal to conduct virus tests for those who have been in contact with positive cases, to reach even the failure to quickly provide treatment places for those affected.” The union warned of the increasing anger among the doctors for failing to provide them with protection, which will negatively affect the provision of health care. It also warned that the health system may completely collapse and a health catastrophe may afflict the whole country if this failure and neglect by the health ministry continues.