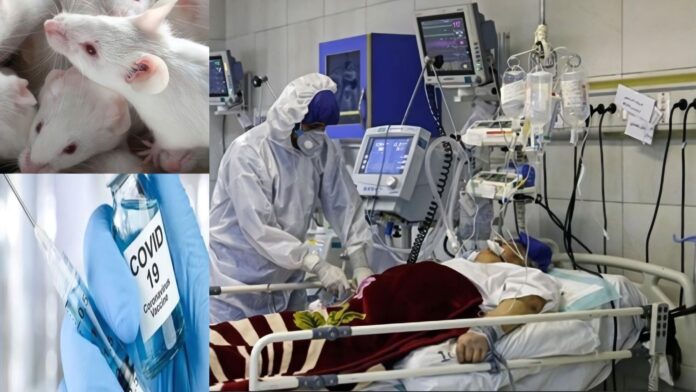 In conjunction with the spread of the coronavirus, many Egyptians infected with COVID-19 have turned into laboratory mice to try vaccines and drugs that have not been approved or tested on humans. The trial of coronavirus vaccines on Egyptians came in conjunction with the final approval of the Egyptian parliament on 25 August for the Clinical Trials Law despite the disagreement and controversy between the government, parliament, and Doctors’ Syndicate. After the law was issued immediately, the Ministry of Health announcements began to follow about subjecting some people to test anti-coronavirus vaccines in Egyptian hospitals.

On Friday, Health Minister Hala Zayed said that Egypt will test two vaccines on “volunteers” and that the two vaccines have proven effective in the first, second, and third stages in some countries that have conducted clinical trials. She explained that more than 135 vaccines had entered clinical trials, and only seven of them have reached the third stage. Reports indicate that large numbers of Egyptians have undergone clinical trials to measure the effectiveness of drugs not previously tried on humans in contravention of clinical trial protocols.

Egypt ranks first in the Arab world and Africa and seventh in the world in conducting these experiments on citizens. Doctors, hospitals, and research centres exploit the lack of awareness of large groups of citizens and the fragility of laws regulating the patients as laboratory mice.

The House of Representatives approved a bill to regulate clinical medical research, known in the media as the Clinical Trials Law, submitted by the government in May 2018. However, Abdel Fattah al-Sisi returned the bill to parliament again after the great controversy sparked by the legislation and the scientific and medical circles’ announcement of their rejection of the proposed bill.

The council rejected the draft law submitted to it in 2002. The government withdrew another draft law in 2013 after it was submitted to civil society institutions and was discussed socially at various levels and was rejected. The repeated rejection of the law and its return to parliament after its approval raises questions about its acceptance during the corona pandemic, while international pharmaceutical companies are racing to test vaccines and drugs on patients. According to the Clinical Trial website data, which specialises in clinical trials, Egypt participates in 74 clinical trials to monitor the effectiveness of drugs and drugs on patients infected with coronavirus.

Ain Shams University tops the list with 11 different clinical trials, followed by Cairo University with 10 experiments and Mansoura with eight tests, in addition to the universities of Assiut, Zagazig, Kafr el-Sheikh, Fayoum, Mansoura, Tanta, Damanhur, Shebin el-Kom, Alexandria, South Valley, and Horus (a private university). As for al-Azhar University, it participates in three experiments, one of which is with Kings Country Hospital in New York State, and the Iranian Ahvaz Imam Hospital, and six independent doctors participated in conducting clinical trials on corona patients in Egypt.

Despite the irregularities and the exploitation of Egyptian patients and their use of experimental rats, President Abdel Fattah al-Sisi called on the government to provide more support for clinical trials. According to the accounts and testimonies of many patients with coronavirus and their families, some doctors tried to deceive them and obtain their consent to try anti-virus drugs. For his part, Ayman el-Sabe, an official in charge of health at the Egyptian Initiative for Personal Rights, explained that the Egyptian Ministry of Health has, since the 1990s, required that the drugs undergoing trial be registered and circulated in the country of origin.

The ministry also stipulated that there is an approved certificate stating that the product is registered in some countries in which there are effective monitoring bodies and in circulation in at least one of the developed countries in the fields of drug control, such as Sweden and England. El-Sabe added in press statements that the ministry also requires the drug to pass the fourth and final stage of the experiment on humans. He added that 70 per cent of international drug trials in Egypt are in the third stage, which requires the presence of a large number of participants in the experiments to prove the feasibility of the drug, despite violating the internal laws and helping to spread the phenomenon of weak oversight within the health system in Egypt.

The national dialogue in Egypt: Faltering beginning, and the opposition threatens...