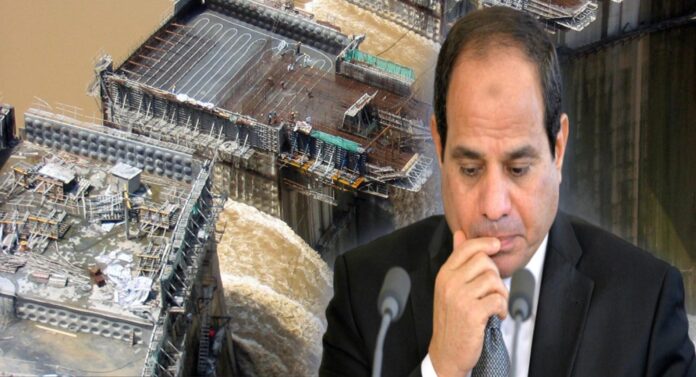 Egyptian General Abdel Fattah al-Sisi said that his country has entered a long and arduous battle of negotiations over the Renaissance Dam that Ethiopia is building on the Blue Nile, one of the most important tributaries of the Nile River. Al-Sisi said in a conference broadcast by state television, during his opening of an industrial area in eastern Cairo, that the military option is not out of the question to resolve this dispute, and there is no military threat against Ethiopia. The general added: “We are negotiating and this negotiation is a battle that will last … and we will not sign anything that will not benefit us,” stressing that the negotiations “will succeed.” These statements increase the Egyptians’ concerns that there is no immediate solution to the Renaissance Dam crisis, especially as Ethiopia has already begun filling the Renaissance Dam reservoir. Negotiations over the Renaissance Dam continued for many years, but they did not succeed in reaching any agreement. The Grand Renaissance Dam has been a source of tension between Ethiopia on the one hand and Egypt and Sudan on the other hand since 2011.

Ethiopia believes that the dam is necessary to achieve economic development, while Egypt considers it a vital threat, as the Nile River is the source of more than 95 per cent of the irrigation and drinking water in the country.

Poverty rate in Egypt 32.5% according to official figures

Businessmen in Egypt under bombardment from the authorities

Killing a soldier in the explosion of a military vehicle in...