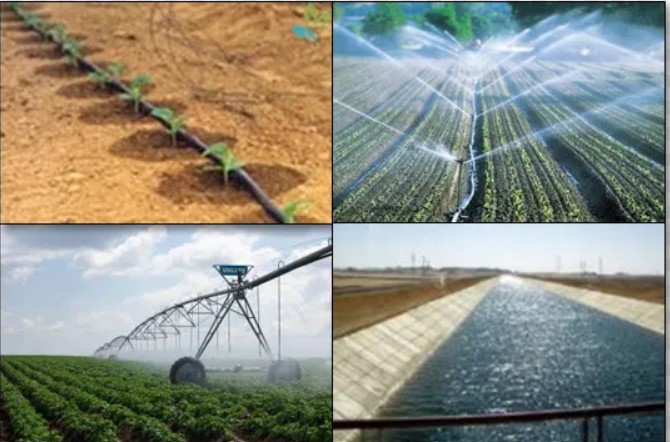 The Egyptian government has started applying a compulsory modern irrigation system on hundreds of thousands of cultivated feddans in Egypt to minimise the amounts of water used for agriculture in an effort to overcome the water scarcity the country is suffering from. Fines were imposed on landowners who still use the old system in the specified areas.

The Ministry of Water Resources and Irrigation announced last year that it intends to launch a modern irrigation system in all the lands of the Valley, Delta, and the reclamation lands. This system was to be mandatory for all farmers as it was decided that a “water wastage” fine of EGP 3,600 is to be imposed and it is expected that this fine will be increased in the future. The ministry said that the amount of land irrigated with the new system is a million feddans. According to the Minister of Agriculture Elsayed el-Kasir, the size of cultivated land in Egypt is 9.4 million feddans. The modern irrigation system is referred to as the drip or sprinkler irrigation and subsurface irrigation which are unpopular systems in Egypt which has depended on the flood irrigation system for centuries, despite being a high water-consuming technique.

The ministry indicated that the implementation of the new system will be in several stages as follows:

On April 26, the Coordinating Committee of the Ministries of Agriculture and Irrigation issued a decision that obligates the agricultural desert areas to convert to the modern irrigation system and stop the flood irrigation with a one-year deadline for the decision to be implemented.

Some Egyptian media sources indicated that the Coordinating Committee has decided to implement some procedures to force the farmers to follow the new system. Among these procedures are denying the farmers the fertilisers and seeds they get from the ministry and raising the fines for violations. The sources revealed that the amount collected during the first quarter of the present year from the water wastage fines amounts to EGP 100 million ($6.3 million). The government estimates the annual proceeds for the current year to be EGP 300 million ($18.8 million).

These decisions constitute part of a long-term government plan to rationalise water use within the major water-consuming sectors including the agricultural, housing, and industrial sectors, as well as desalinate seawater by an amount of 1.5 billion m3 to be used for drinking purposes until 2030 and to be doubled by 2037. Moreover, of the total share of Egypt’s water, whether from the Nile, rain, groundwater, or water treatment, 5 billion m3 of the water wasted in agriculture by following the old irrigation methods, flood irrigation, are to be saved.

The current amount of Egypt’s water resources is 76.4 billion m3, 55.5 billion m3 of which constitute its share of the Nile River and are the main source of water in Egypt. The rest is derived from rain and the recycling of agricultural wastewater. These steps are taken at a time when Ethiopia has started filling the Renaissance Dam tank without reaching an agreement with the two downstream countries Egypt and Sudan and after its refusal to commit itself to pump a certain amount of water annually which will negatively affect the amount of water that Cairo and Khartoum will get. 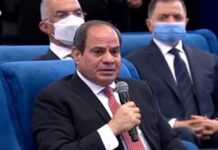 The endless state of emergency: Sisi’s tool to create a police...