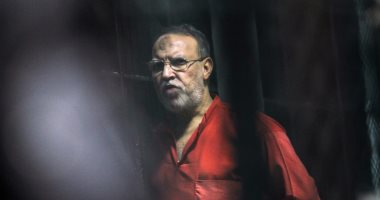 Amnesty International called on the Egyptian authorities to conduct an immediate investigation into the circumstances of the death of the leader of the Muslim Brotherhood Essam Al-Erian, the conditions of his detention and the extent of his access to health care.

This call comes at a time when the Egyptian Initiative for Personal Rights, an Egyptian civil society organization, issued a report on the delay in responding to medical emergencies inside Egyptian prisons that lead to deaths. “El-Erian complained in previous court sessions that he was prevented from receiving treatment inside the prison, ill-treating him in his solitary confinement, and deliberately depriving him of adequate food and personal hygiene needs,” Amnesty said.

Amnesty International quoted El-Erian as telling the judge, in one of his previous court sessions: “We are slowly killed in prisons. They (the Egyptian authorities) are taking their revenge on us.” The organization stated that “the Cairo Criminal Court had issued death sentences, in 2018, on 75 people, including Essam El-Erian, after an unfair mass trial related to their participation in the Rab’a sit-in in 2013.” Although the ruling was later revoked against “El-Erian,” the final number of years so far that he was sentenced in several cases is 150 years.

The organization stressed that “the death of El-Erian is a reminder of the harsh conditions that prisoners suffer (in Egypt), especially in light of the deterioration of medical care services, and the additional risks for prisoners due to the spread of Covid-19 (Coronavirus).” Amnesty International called on the Egyptian authorities to immediately release all persons arbitrarily detained, including activists and human rights defenders.

El-Erian died in his prison cell, in a repetition of the death scene of many Brotherhood leaders and symbols, such as late president Mohamed Morsi and the group’s former guide, Muhammad Mahdi Akef. Meanwhile, the Egyptian Initiative for Personal Rights said: “Health emergencies in prisons are hazardous, given that they are not dealt with with the necessary speed or efficiency.”

It quoted many stories from former prisoners about emergencies they witnessed, including what happened at night. The guards did not pay them enough attention, did not open the doors, or allowed the prisoner to go to the doctor. These cases sometimes died. Regarding the situation of prisons and places of detention in general, the initiative affirmed that “prisons generally lack basic health components in Egypt, which include: good food and sanitation facilities, such as human toilets that suit the numbers of prisoners, as well as lighting, ventilation, and exercise.” For the most part, places of detention suffer from severe overcrowding. Also, the continued visits’ prevention, under the pretext of the “Coronavirus,” has resulted in the absence of food on which prisoners depend on their families if they can afford it, instead of relying on expensive prison food.

The initiative referred to suffering due to the absence of medicine that many prisoners depend on from visits, calling for providing a budget for improving the infrastructure in prisons and detention places. It also demanded providing the necessary medical devices and tools instead of relying on first aid only, activating the legal accountability of the prison service officers, and providing the medical records of patients’ cases to them and their families. 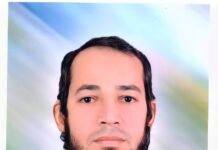 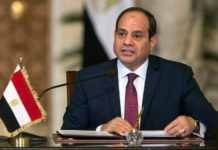 $10bn for water desalination and sewage treatment in Egypt