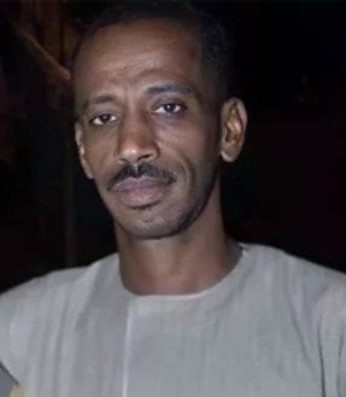 Al-Awamiyah area, in downtown Luxor, is still under a severe security siege in the government’s effort to control the situation following violent unrest, demonstrations, and clashes. Several police officers were released after they were kidnapped by residents in response to a police officer killing a young man in cold blood, in his house, and in front of his family.

Al-Awamiyah is a residential area close to Luxor Security Directorate. The area houses the governorate’s rest house, as well as houses belonging to the security and government leaders. In addition, it also contains more than half the city’s hotels and a large number of government departments, at the top of which are Luxor Police Station and the security and sovereign headquarters, besides being the al-Awami family’s stronghold.

According to eyewitnesses, the area has been experiencing sporadic demonstrations since 20 September protesting the latest government actions, on top of which are the buildings’ removal campaigns that affected a large number of citizens’ houses and buildings, and in response to the calls of the Egyptian contractor and actor living in Spain, Mohamed Ali, to protest against Abdel Fattah al-Sisi’s regime.

In a testimony to Egypt Watch, Mohamed Abdel Baqi, one of al-Awamiyah’s residents and neighbour of the Egyptian police’s victim, Awais al-Rawy, says that since the demonstrations began on 20 September, there has been arrest campaigns because of the increased security there. At dawn on Wednesday 30 September, a force from Luxor Police Station stormed the house of his neighbour, Hajj Abdel Hameed Al-Rawy, to arrest his youngest son, allegedly for his participation in the demonstrations against al-Sisi’s regime.

Andel Baqi explained that Hajj Abdel Hameed is a member of the al-Awami tribe, after which the area was named and is one of the largest families in Luxor.

He added in an interview with us, “When Hajj Abdel Hameed, an old man, opened his door where he lives on the ground floor, he was surprised by a large police force breaking into the house in search of his youngest son. When asked about his son, he replied that he doesn’t know where he is, that his son is not in this house where a number of women reside and that it is not appropriate to break into the house like this. The officer answered him by uttering a series of profanities and insults. That is when people assembled around the house, and I was one of them.”

He continued, “At that moment, Hajj Abdel Hameed’s sons gathered around him, among whom was the victim, Awais, who lived in the top floor of the house.”

Hajj Abdel Hameed answered the officer by saying, “It is shameful to insult a man like me who is the same age as your father.”

A source inside Luxor Security Directorate adds that a state of panic seized the security leaders in the directorate and ministry after they were informed of the news of kidnapping five policemen in the city by the al-Awami family, who demanded that the officer who killed Awais be handed to them. In response, a large number of the area’s residents were arrested along with a number of the victim’s relatives and members of his tribe. Afterwards, the members of the House of Representatives and the Senate Council were brought forward and managed to convince the people to release the kidnapped policemen in return for releasing the detained citizens, and to let the judiciary deal with the murder case.

Hazem Taye, one of al-Awamiyah’s residents, says that in response to the initiative of the members of the House of Representatives, the chiefs, and the heads of the families, the people delivered the policemen to the Security Directorate so that those detained from the family be released. He added that the abductees were not a part of the campaign that participated in the crime. In addition, they were promised that three of the victim’s relatives would be employed immediately and that no pressure would be applied on the court during the trial so the perpetrator receives his just punishment. However, none of these promises was fulfilled as the five policemen were delivered, among whom there were three lieutenant-chief warrant officers, but none of the detainees were released.

Taye adds that security prevented the release of Awais al-Rawy’s body. Therefore, his family and the rest of the area’s citizens congregated in front of the hospital and surrounded it until they took the body. During the victim’s wake, the police attacked them and launched gas bombs and ammunition, so another lieutenant-chief warrant officer was kidnapped. The name Ahmed Lotfy al-Owainy circulated among the area’s citizens as the name of the officer accused of killing Awais, and it was said that he belongs to one of Upper Egypt’s families. Egypt Watch, however, could not verify this information.

Sources explained to Egypt Watch that the area has become kind of a military barracks as the police forces are surrounding it and a large number of the central security vehicles are also present. From time to time, there are calls to storm the security directorate and to resume demonstrations.

The NCHR Annual Report: An Official documentation for the state’s violations...