EgyptWatch
Home Reports International Day of the Elderly: Between deprivation and forgetfulness 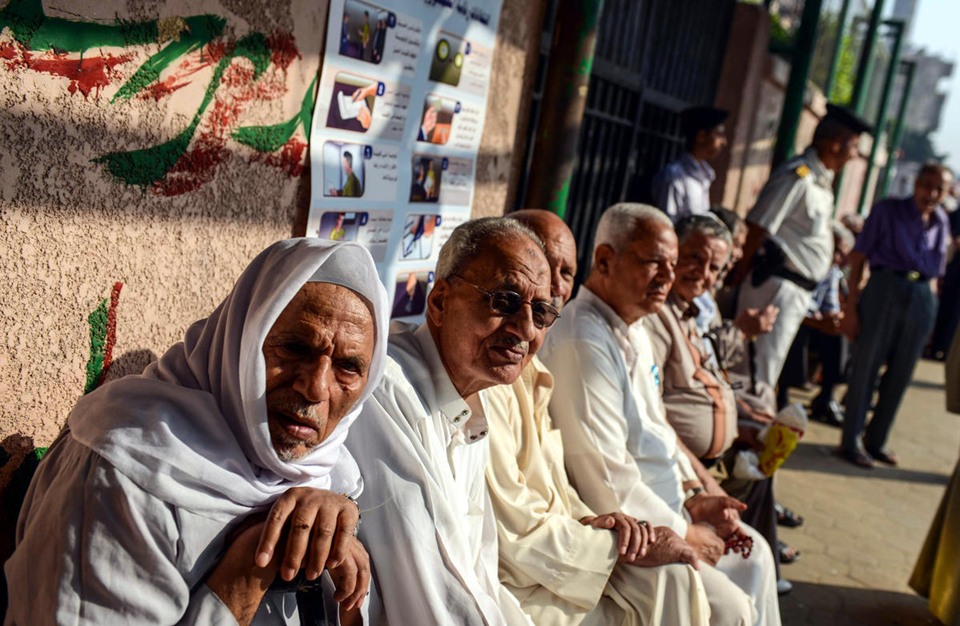 There are no free care homes for Egypt’s elderly. They face the specter of loneliness and the absence of parents and those who care about them or conserve their unity. Some of them are forced to work despite their old age to provide their food and treatment. The elderly in Egypt are looking for real solutions away from government data, represented by care homes, providing treatment and health care, integrating them into society, and not marginalising them, in addition to eliminating illiteracy for many of them. Shedding light on the suffering and crises of the elderly in Egypt coincides with the International Day of the Elderly, which the world celebrates on 1 October every year.

It is the day of loyalty for the elderly to show the elderly’s problems and remind them of what they did for society when they were young and more able to work, produce, and give. Large numbers of elderly in Egypt suffer from a lack of care, the absence of services, and the absence of any party to take care of their affairs. The suffering of poor elderly people is increasing in the big cities, especially Cairo and Alexandria.

The elderly in Egypt

Amid the absence of any effective role for the Ministry of Social Solidarity to help the elderly in need, plans and programmes are not implemented on the ground and the elderly live under challenging conditions. According to observers, there are homes for the elderly in popular areas, those that the doctor only comes to once every several months, and those in charge of them often wait for meals sent by neighbours as a donation. The elderly in the aforementioned care homes do not encounter any services or entertainment, and the elderly may not find anyone in them to remember the date of their medication. Although statistics estimate the number of elderly in Egypt at about seven million, there are only 77 homes for their hospitality and care. The Ministry of Social Solidarity stipulates huge prices for government care homes, starting from EGP 1,000 per month.

Observers say that homes for the elderly in Egypt are different and varied. For example, the accommodation costs in one of the homes for the elderly in Dokki reached EGP 2,500 per month before the Egyptian pound was floated, and then the price doubled. Article 83 of the 2014 Egyptian constitution stipulates that the state is committed to guaranteeing the rights of the elderly to health, economic, social, cultural, and entertainment rights, and to provide an adequate pension that guarantees them a decent life.

The constitution provides for the empowerment of the elderly to participate in public life. The state takes into account in its planning of public facilities the needs of the elderly and encourages civil society organisations to participate in caring for the elderly. This text, which binds the state to many rights for the elderly, is refuted by the testimonies and accounts of volunteers in the service of the elderly in various care homes, which say that the most pressing problems of the elderly are abominable loneliness and deadly emptiness. It suffices to pass through the capital’s streets to notice numbers of elderly on the pavements homeless, or wandering public transport as beggars. Some even work as street vendors.

The United Nations made clear in its reports that the composition of the world’s population has changed dramatically in recent decades. Between 1950 and 2010, life expectancy increased in all parts of the world from 46 to 68 years. Globally, there were 703 million people aged 65 or over in 2019. According to the Central Agency for Public Mobilisation and Statistics, the number of elderly in Egypt has reached 6.5 million, of whom there are 3.5 million males, 3 million females, or 6.7 per cent of the total population. This percentage is expected to rise to 11.5 per cent in 2031.

Another statistical report issued by the agency revealed that the illiteracy rate among the elderly in the age group of 60 years and over reached about 68.8 per cent during 2017. The report emphasised that the percentage of those who obtained literacy certificates reached 6.6 per cent, while those with intermediate qualifications rose to 6.6 per cent, and 9.6 per cent had a university degree or higher. The figures show that in addition to the suffering of the elderly in Egypt from deprivation of health care and forgetfulness represented by loneliness due to leaving their families and the government wasting their rights, many are illiterate.

Who will pay the price of the Suez Canal blockage?

The second filling of the Renaissance Dam: A new problem for...