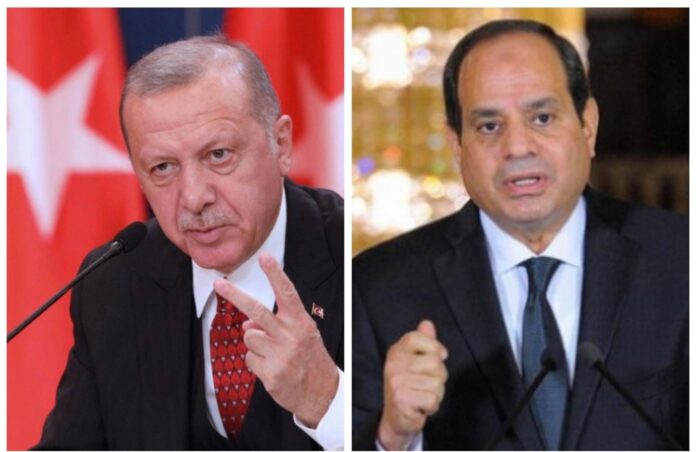 The level of Turkish flirtation with Egypt has escalated in the past few days, amid news of the success of the meetings that took place between two intelligence delegations from the two countries in reaching a “media truce,” which may be an important step in terms of “gaining confidence” and preparing for diplomatic and political meetings at a higher level. Media outlets close to Ankara revealed that they had instructed the Egyptian media to reduce the intensity of the attack on Turkish President Recep Tayyip Erdogan, in response to similar Turkish directives.

The impact of these instructions was palpable through the follow-up of some Egyptian opposition channels in Istanbul. Ibrahim Kalin, the spokesman for the Turkish presidency, said in an interview with a local Turkish TV station, that “Egypt is one of the important countries in the region and the Arab world,” adding: “If Egypt shows the will to move with a positive agenda on regional issues, Turkey is ready to respond to that.” Kalin’s message came after similar statements by his colleague Yassin Aktay, and Turkey’s Foreign Minister Mevlüt Çavuşolu. They praised “Egypt’s respect for Turkish interests in the Eastern Mediterranean” by saying, “Egypt has not at any time violated the continental shelf of Turkey in its agreement regarding the regions with Greece and Cyprus. Naval authority and the violation came from Greece and Cyprus.”

Perhaps the talk of Turkish officials reflects a critical political review of Erdogan and his aides, a return to active diplomacy, and the attempt to neutralise Egypt, especially after the Saudi-Emirati alliance escalated its economic war against Ankara, and the issuance of a complete ban on importing Turkish goods and tourism to Istanbul. This approach comes at a time when the Turkish lira and the Turkish economy face challenging pressures, whether from the West (Europe) or the East (Syria, Iran, and Gulf countries). It is difficult to predict the size and outcome of this Turkish approach with Egypt. Still, its continuation, especially after Abdel Fattah al-Sisi closed all the doors of reconciliation with the Muslim Brotherhood, reflects Turkish pragmatism and a willingness to make fundamental concessions, leading to a kind of reconciliation between the two countries and the return of ambassadors.

Observers expect that the intelligence services’ discussions indicate the possibility of a political rapprochement during the next stage by reaching some understanding that may result in the first stage of a consensus related to the Libyan crisis and the file demarcating the maritime borders in the eastern Mediterranean. The ongoing Turkish-Egyptian contacts were launched at the low diplomatic and intelligence levels, following the escalation of the crisis in Libya, as part of international efforts to prevent a possible clash between Cairo and Ankara on the Sirte al-Jufra line, as well as contacts about the possibility of reaching an agreement to demarcate the maritime borders between the two countries. This comes in light of Turkey’s basic requirement for real political change in Egypt, which could be in the form of national reconciliation that stops the marginalisation of the opposition and labelling them terrorists, in addition to stopping political arrests and executions of opponents for the sake of rapprochement with the current Egyptian regime.

Egypt sought to strengthen its relations with Greece and Cyprus and carry out military maneuvers. It signed an agreement demarcating the borders with Athens in a clear message to Ankara. And in a gesture the first of its kind, Egyptian warships crossed last week the Bosphorus Strait to carry out joint military exercises with the Russian Navy in the Black Sea off the Turkish maritime borders in a strong strategic message.

However, media close to the Egyptian regime ignored these details. They focused during reporting on a specific angle, which is that the Egyptian navy will cross the Bosporus straits during the round trip. With the failure of Ankara to embarrass Egypt internationally and regionally and interfere in its internal affairs with the MB’s support, today it seeks to contain it under the pretext of regional cooperation and common interests.

The writer adds regarding The Friendship Bridge maneuvers of 2020, “If it is a message addressed to Turkey, it is a Russian message before it was Egyptian. Certainly, whenever Moscow wants to pressure Ankara, it summons one of Turkey’s opponents to the arena as a kind of blackmail.” 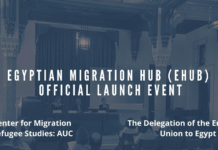 Seven years since the biggest massacre in Egypt’s modern history the...