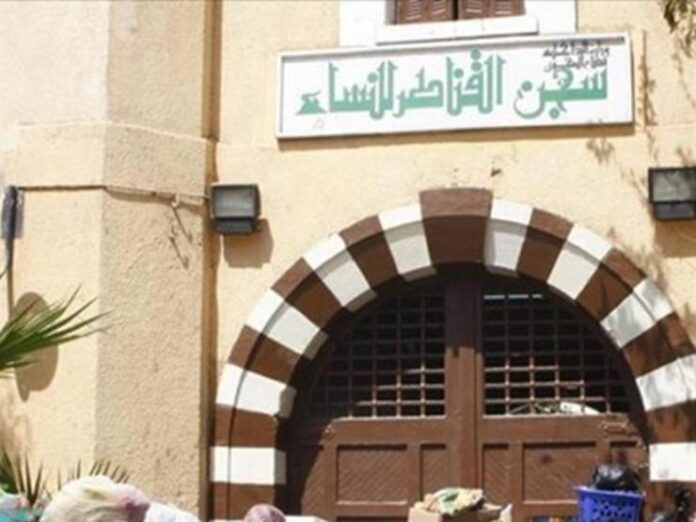 Previously, Human Rights Watch condemned “the unacceptable negligence” of detainees by the Egyptian authorities, affirming that their suffering has doubled since the outbreak of COVID-19, regarding overcrowding and lack of medical care.

If this is the case for all detainees, the suffering is doubled in cases of pregnant women. Article 485 of Egypt’s criminal procedures law stipulates, “If the sentenced to a freedom-restrictive penalty was pregnant in the sixth month of gestation, it would be permissible to postpone the penalty until labour and for two months later. If the sentence was not postponed, it is a must to be treated in prison as if imprisoned on remand until the period mentioned above passes.” However, Egypt’s prosecution and courts do not show great appreciation towards laws.

Lawyer Nabih al-Gendy, one of the human rights lawyers concerned with defending political detainees, tells a story of a political detainee who was pregnant and he attended the prosecution with her. However, the prosecution refused his demand to put her on parole instead of remand. This is not an unusual case. A lawyer from Beladi Centre for Rights and Freedoms said that she defended four pregnant women. All of those women, according to the lawyer’s testimony, gave birth in prisons, and three of them are still in prison so far, without any special care either for them or for their babies.

One of those pregnant detainees was in need of injections during her pregnancy, which were not available in prison, and she was not allowed to purchase them from outside. Moreover, the entry of milk products, which are required for the mother and the baby alike, is subject to tight inspection.

Lack of medication and healthy food affects pregnant women and can lead to a miscarriage. “The pregnant detainee suffered a hemorrhage each time she was transferred from prison to prosecution and back in a vehicle with hard iron seating,” said the lawyer.

Newborn babies suffer the same as their mothers from lack of medical care in prisons. In one case, the mother discovered two months after birth that her son had an abdominal hernia, which requires surgical intervention, but the prison’s hospital refused to give it to him. This woman was not released until her baby was 4-month-olds, then she was obliged to attend the police station twice weekly for surveillance after parole.

Why have many Egyptians refused the coronavirus vaccination?