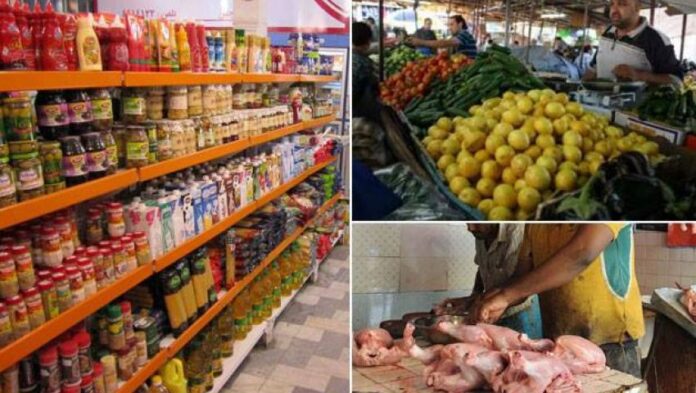 It has become a crisis inherent every winter in Egypt and the government is unable to treat it or prevent its recurrence, despite experts explaining its causes. It is the crisis of high prices of food commodities and winter crops every year. At about the same time every year, data indicating the crisis of high winter crop prices and citizens’ complaints circulate, and accusations begin between the Ministries of Agriculture and Supply.

In light of expectations of a further rise in the coming period, Ahmed al-Basha, head of the yield’s division at the Cairo Chamber of Commerce, said that the price of yellow lentils is witnessing a remarkable increase with the onset of the winter season. In a press statement, al-Basha added that the price of a tonne of lentils increased by about EGP 1,000 to reach EGP 13,500, which raised the price of a kilo of lentils in the wholesale market. Al-Basha attributed the high prices of lentils to the increase in demand during the current period in light of the scarcity of lentils.

It is not only lentils. With the approaching winter, as happened in previous years, the price of one kilo of tomatoes jumped to more than EGP 10, in addition to the prices of potatoes, beans, and other varieties. For his part, Hussein Abdel-Rahman Abu Saddam, the head of the Farmers’ Syndicate, explained that the high prices of winter seeds led, by extension, to an increase in the prices of winter crops. He added that this is to exclude farmers from some species due to high prices, which will reduce supply and increase demand.

In press statements, he pointed out that some farmers resort to buying seeds from the black market instead of the Ministry of Agriculture, as they are lower in price than the ministry. The Head of the Farmers Association expressed his fear of the lack of quality seeds, which would expose crops to pests, as happened in the past years.

Abu Saddam condemned the increase in the prices of seeds for the basic winter crops of wheat, onions, beans, and others, which were supposed to be subsidised, while alfalfa seeds’ prices were fixed. The head of the Farmers Association considered keeping alfalfa seed prices without an increase against the state’s general policy, which aims to reduce the cultivation of heavy crops for water consumption, as alfalfa is one of the most important of these crops. He asked sarcastically whether excluding alfalfa from the increase was to preserve livestock, calling on the government to provide actual support for agricultural inputs of seeds, pesticides, and fertilisers, while increasing the necessary funding for farmers.

For his part, Farid Wasel appealed to the head of the Agricultural Producers Syndicate not to purchase seeds for winter crops from the black market, as they are neither safe nor guaranteed. Mohamed Farag, head of the Peasants’ Union, believes that the Ministry of Agriculture has no income from the high prices of seeds, stressing that the matter is up to the Ministry of Supply, as it is responsible for setting the cost of winter seed prices.

On the other hand, Hatem Naguib, Vice President of the Vegetable and Fruits Division, attributed the high prices of food commodities to the Ministry of Agriculture’s failure to work with farmers to solve their problems as the crisis of virus-infected seeds. On the other hand, other experts emphasised that the removal of fuel subsidies and the increase in their prices is one of the most important reasons for the increase in seed prices and, thus, the increase in the prices of winter crops and food commodities. Ezz el-Din Abu State, the former Minister of Agriculture, said that during a meeting in parliament, the seed problem has several aspects, as only two per cent of vegetable seeds are produced locally, and the rest, 98 per cent, are imported from abroad.

In conjunction with the increase in winter crops’ prices, which are repeated every year, the annual rate of inflation in Egypt increased by 4.6 per cent last October, compared to 3.3 per cent in the previous September. The Central Agency for Public Mobilisation and Statistics said, in a statement, that inflation monthly rose by 2.3 per cent during the past month, compared with 0 per cent in the previous September. For the third year in a row, potato prices have witnessed a remarkable increase in the Egyptian market, with the price per kilo during the past weeks ranging between EGP 8 and 10.

Farmers’ suffering increases due to the rise in price of seeds and the mutual accusations between agriculture and supply, which prompts some of them to reduce cultivated areas and turn to other crops that achieve higher profitability. Ultimately, this means more fruit and vegetable prices for the consumer of crops.

KSA and UAE attempts to include Egypt in their campaign to...