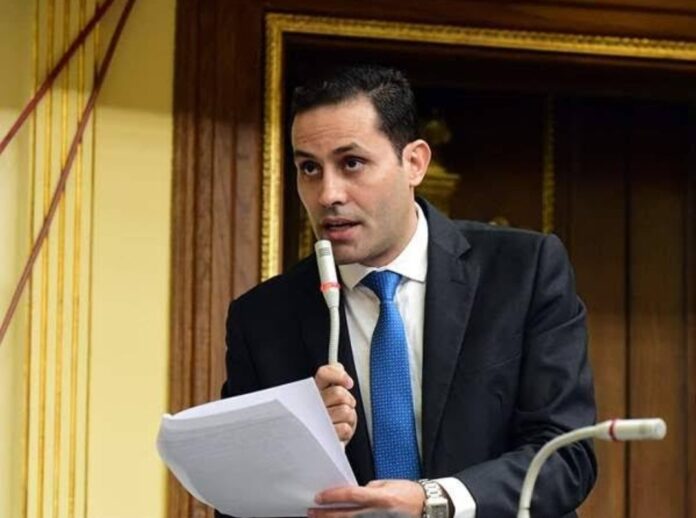 After the General Elections Committee in Kafr el-Sheikh Governorate announced the loss of opposition parliamentarian Ahmed Tantawi in the run-off round of the House of Representatives elections for Qaleen district in the governorate, a wave of anger and sadness erupted.

Tantawi, despite getting the highest votes in the constituency in the first round and the run-off round according to the results of the official counting minutes issued by the electoral sub-committees in the constituency, was excluded in a scandal. Immediately, a hashtag in the name of Ahmed Tantawi was issued on social media platforms in Egypt, where citizens in his governorate and other governorates expressed their deep sadness and anger at what they described as a crude fraud in the results.

Many bloggers and activists expressed their shock at the blatant fraud and manipulation that occurred by the regime and the judges supervising the elections to topple Tantawi despite his overwhelming popularity as a result of his opposition positions. Politicians saw that the excluding of Ahmed Tantawi was an expected result of his bias towards the poor and his opposition over the past five years to government decisions that impoverished and humiliated citizens.

After announcing the official result, Tantawi accused the Public Committee of falsifying the district’s election results, which negatively affects citizens’ confidence in the judiciary. Tantawi said that there are severe discrepancies between the numbers he obtained in the minutes of the sub-committees and what the general committee announced, which is extremely dangerous, and demanded a review of it. He added that he asked the committee, before announcing the results, to see the papers and documents he owned, describing them as very dangerous, as collecting records numbers in the subcommittees that never departed from these results. Tantawi’s ouster comes days after the opposition MP Haitham al-Hariri lost his seat in the run-off round for the Muharram Bey district in Alexandria.

The accusations of rigging the parliamentary elections and violating the General Committee results for the official counting records in the sub-committees are repeated frequently and by most of the candidates in the various provinces. The losing candidate in the parliament elections for the Omrania district in Giza Governorate, Mohamed Fouad, accused the judges supervising the district of rigging the elections in favour of the regime’s candidates. He explained that the voters’ votes were tampered with by increasing the participation rate, contrary to the truth, and giving fake votes to the winning candidates for the National Future Party, which is supported by the state apparatus. After Tantawi was toppled, the next parliament’s opposition votes would have disappeared entirely, as only four of the 568 seats in parliament succeeded among the opposition.

Because of his position rejecting the constitutional amendments, al-Sisi’s policies, and his regime, Ahmed Tantawi was subjected to frequent media attacks. Many expected that he would be overthrown as a prelude to being oppressed by the regime. A lawyer had previously submitted a complaint to the Public Prosecutor against Tantawi, accusing him of insulting the President of the Republic during the plenary session to vote on constitutional amendments in the House of Representatives. Tantawi said during the House of Representatives’ voting session on the constitutional amendments: “I personally do not like the president, I do not trust his performance, and I am not satisfied with him. This is my right simply as an Egyptian citizen before I was a deputy.”

In November last year, parliament referred Ahmed Tantawi to the Values ​​Committee to take punitive measures against him after the deputy proposed a political reform initiative. Through his initiative, Tantawi called for al-Sisi to step down from power by 2022 and to reconsider the amendments that were approved in the Egyptian constitution. The young MP described the amendments as a return to worse than the situation before January 25 and a return to the Middle Ages.

During the initiative, he called for the formation of 12 parliamentary committees to discuss the country’s various crises, but 95 deputies submitted a request to refer the deputy to the Values ​​Committee. In his initiative for political reform, they saw an insult to the president of the republic, the army, and the police, which, from their viewpoint, are red lines that should not be addressed.

Regeni timeline: 5 years of searching for the truth