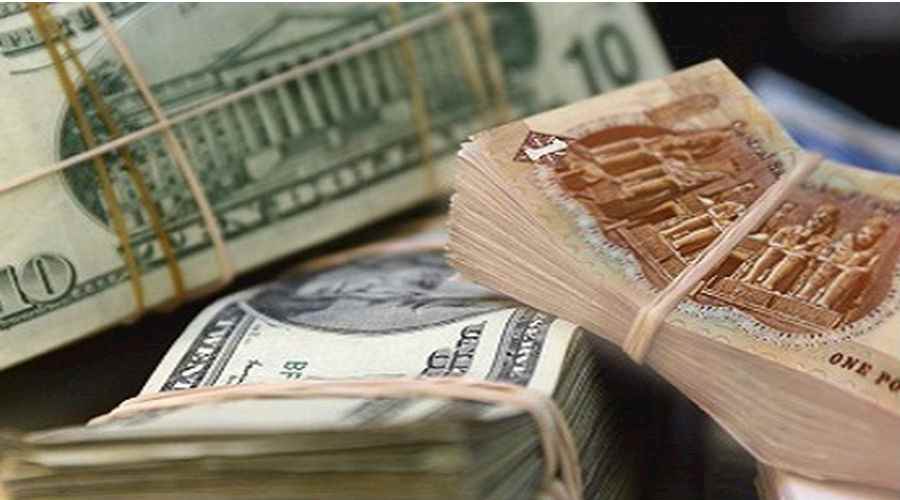 “The new liberalisation of Egypt’s currency.” This topic has sparked growing fears and intense debate recently among Egyptians. This debate has gained increasing importance in light of the critical monetary phase the Egyptian pound faces after the increase in the yield on US treasury bonds and the Egyptian economy’s negative indicators.

The American move to contain the COVID-19 pandemic’s effects poses a real threat to the inflows of foreign investments in Egyptian treasury bills and bonds (hot money), which creates complex challenges. This conversation sparked a tweet by the chief economist of the Institute of Global Finance Robin Brooks on Twitter when he wrote that “Egypt may be forced to devalue the Egyptian pound again,” which caused controversy among economists and analysts and anxiety among financial experts on social media sites.

Brooks built his theory that the rise in the US interest rate will attract foreign investors’ money from emerging markets, including Egypt, and coincides with the continued worsening of the payments deficit. This is in addition to the return of the real exchange rate of the Egyptian pound to what it was before the devaluation in 2016, thus the disappearance of the competitive advantage of buying Egyptian treasury bonds. According to Goldman Sachs’ director of currency trading, Egypt is one of the countries most affected by rising interest rates and inflation in America.

Economic journalist Amr Khalifa considered that among the reasons that will impact the inflows of “hot money” is reducing interest in Egypt. The decline in Egyptian bonds’ purchase is due to the interest rate cut by the Central Bank of Egypt. Foreign investments in government debt instruments recorded a historic increase of $28.5 billion at the end of last February. Thus, in light of the decline in foreign exchange revenues, Egypt relies heavily on foreign money inflows in domestic debt instruments as a hard currency source. In contrast, the external debt rose to $125.3 billion by the end of September 2020.

The rise in US interest rates along with the retreat of hot money flows into Egypt puts the Egyptian risky policies in a critical situation, which the Egyptian government attempted to get out from through either another currency floating or raising interest rates by about four per cent again after reducing them repeatedly during the past two years.

This year, the figure of $21 billion shows how much the Egyptian government needs foreign currency to pay off its foreign obligations, according to the International Bond Bulletin issued by the Ministry of Finance last February. However, the economic researcher, Hafez El-Sawy, says that Egypt will defend liberalising the Egyptian pound. “Monetary policy in Egypt depends on protecting the exchange rate (the pound) and considers it one of its most important achievements. It does so by borrowing, receiving hot money, and issuing treasury bills in dollars and euros,” said Sawy.

Sawy stressed that it is not clear that the government is ready to abandon this policy because the pound’s exchange rate’s devaluation and the resort to floatation will lead to high inflation and an increase in poverty and unemployment rates. The government is ready to pay the exorbitant bill through foreign investments or support reserves through external debts in return for maintaining the central bank’s monetary policy. However, once again, currency floating is subject to foreign funds’ failure to leave the Egyptian market, and the Egyptian regime is facing problems in borrowing.

Despite the passage of four years since the liberalisation of the Egyptian pound in November 2016, the majority of Egyptians have not recovered from its dire effects on their projects, savings, and wages, and poverty rates have reached about 30 per cent, despite the Egyptian government talking about the positive aspects of the flotation. In November 2016, the Central Bank of Egypt decided to liberalise the Egyptian pound’s exchange rate according to the International Monetary Fund’s request to provide a loan of $12 billion over three years.

How do the Egyptian authorities curb the expose rapists’ movement?

How did Egypt look on the eve of Friday of anger?