EgyptWatch
Home Reports Egypt is one of the top countries in the world detaining journalists...
Facebook
Twitter
WhatsApp 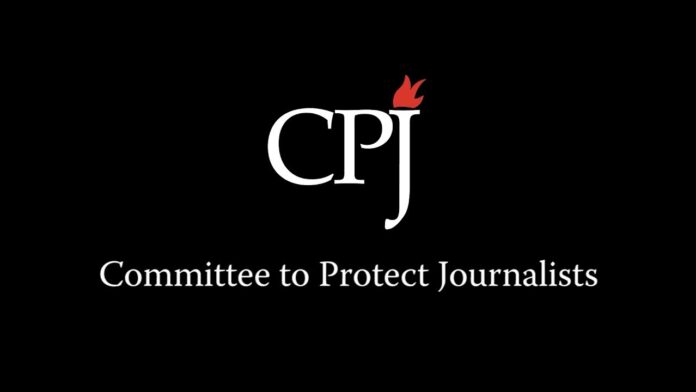 A report by the Committee to Protect Journalists (CPJ) showed a record increase in the number of imprisoned journalists, indicating that most of them are in Egypt, Saudi Arabia, and Syria. According to the CPJ’s report, the number of journalists behind bars reached about 274 as of December 1 2020, indicating that it is the largest number recorded by the committee since it began collecting data in the early 1990s.

The report released by the New York-based committee pointed out that political tensions were the cause of many of the arrests of journalists in China, Turkey, Egypt, and Saudi Arabia. The report issued on December 15 stated that with the corona pandemic outbreak, the leaders of these countries tried to control media coverage by arresting journalists. The CPJ report indicated that at least two journalists died after contracting coronavirus while in detention, such as journalist Mohamed Mounir in Egypt.

In conjunction with the CPJ report, a survey conducted by Reporters Without Borders showed that 387 men and women are imprisoned around the world because of their work in the field of journalism. According to the annual report of the CPJ, more than half of these detainees are distributed in five countries only, namely China, Saudi Arabia, Egypt, Vietnam, and Syria. It is noteworthy that the numbers of the institutions concerned with freedom of the press differ concerning the number of detained journalists, due to the difference usually in defining a journalist’s concept and regarding citizens’ journalists.

In Egypt, hundreds of journalists and correspondents are subject to arrest and pre-trial detention for periods exceeding two years, while statistics show only the arrest of dozens registered with the Syndicate of Journalists. For its part, the Egyptian Association for Freedom of Thought and Expression issued a statement in conjunction with the Committee’s reports to Protect Journalists and Reporters Without Borders, calling on the Journalists Syndicate to release the imprisoned journalists.

The Association for Freedom of Thought and Expression said that the number of journalists imprisoned in Egypt amounts to at least 16 journalists, all of whom were arrested for practicing their journalistic duties. The foundation stated that these detained journalists are being held for long periods of more than two years without referral to trial.

Last May, a report issued by Amnesty International called on the Egyptian authorities to stop their repression and interference in the work of the media, called for the release of all detained journalists, and an end to all forms of intimidation and repression against them. She said that with the continuing high rates of coronavirus infections in Egypt, the government is strengthening its control over information rather than supporting transparency during the public health crisis.

The organisation indicated that anyone who challenges the official narrative regarding the corona pandemic in Egypt would be severely punished. In its report, Amnesty International documented 37 cases of journalists’ arrest until May as part of an escalating crackdown by the al-Sisi regime on press freedoms.

The Egyptian authorities arrested the prominent journalist, Mohamed Mounir, and charged him with spreading false news. After his release, Mounir died in July as a result of his infection with coronavirus which he contracted inside prison. Previous estimates by Reporters Without Borders indicated that there are 30 journalists arrested in Egypt and 33 in Saudi Arabia.

The AFTE’s statement indicated the arrest of journalist Solafa Magdy and her husband, accompanied by journalist Mohamed Salah, in November 2019, and since then, their pretrial detention has been renewed. The statement confirmed that Solafa and her husband Hossam al-Sayyad have a six-year-old child, and he is being deprived of their care. The public prosecution has not responded to the request to release one of the spouses, in consideration of this exceptional case.