EgyptWatch
Home Reports The differences escalate… Has the alliance of Egypt and the UAE shaken?
Facebook
Twitter
WhatsApp 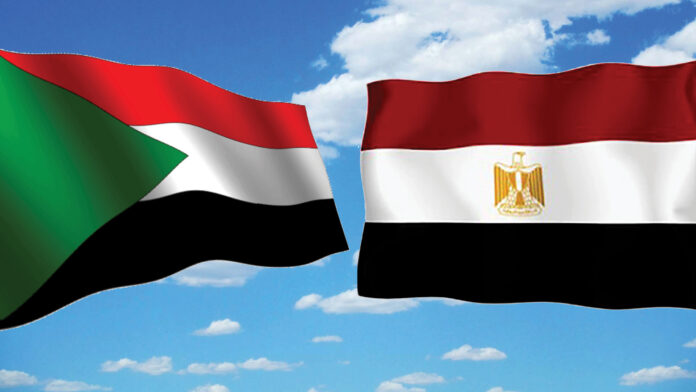 Not long ago, Egyptian-Emirati relations began to lukewarm, and many disputes erupted between the two countries over several files related to the region and the Middle East. There was also a state of discontent among decision-makers in Egypt regarding the Emirates’ stances due to the latter’s disregard for Egypt’s demands for strict and supportive stances from its closest ally in the region.

Tensions have increased between the two countries during the past 18 months, from the Palestinian issue to Libya and Abu Dhabi’s leadership, the task of normalizing the relations of Arab countries with Israel, and from Ethiopia. The Israeli-Emirati agreement regarding the Gulf Gas Pipeline passage from Israel to Europe and the associated threat to the Suez Canal and the Egyptian economy added to the complexity.

The lukewarm relationship between the two countries became evident as much as the previous cooperation between them was clear in many situations, as Cairo and Abu Dhabi took the same position concerning many files, such as Libya and the issue of limiting the influence of political Islam. After the UAE provided substantial financial support to Abdel Fattah Al-Sisi during the years that followed his ouster of the late President Mohamed Morsi from ruling Egypt and fighting the Muslim Brotherhood, analysts believe that Abu Dhabi’s policy towards Cairo has changed.

At that time, Abu Dhabi thought that it had provided more than it reaped and had not reaped the equivalent of spending on Egypt. Earlier, the UAE stipulated that no new financial support be provided to the Egyptian regime without the supervision of specialized committees on its part on the aspects of this spending to ensure maximum benefit from it. This move angered the Egyptian regime, which later agreed to conditional Emirati support because of its need.

In another file, the UAE’s unclear position on the Renaissance Dam crisis, and its opening of a permanent communication line with Ethiopia, without paying attention to the Cairo and Addis Ababa disputes, conveyed a very negative message to the Egyptian decision-maker. While Egypt continued its attempts to solve the Renaissance Dam crisis, Cairo tried to invest its regional and international relations to push in this direction. Still, it found its ally, the Emirates distancing itself from the crisis. In 2018, Ethiopia announced the UAE’s commitment to pumping $ 3 billion into the local economy, as it would direct $ 1 billion as a deposit in the central bank and $ 2 billion in direct investments focused on agriculture. Besides, Emirati investments in Ethiopia have doubled over the past two years and are concentrated in the fields of agriculture, animal production, and energy, which caused Egyptian concern because these investments are closely linked to the dam project. Western reports stated that Abu Dhabi’s position in support of Addis Ababa is not commensurate with the nature and depth of the alliance with the Sisi regime, which makes it imperative to stand by Egypt.

Regarding the Libyan issue, and despite the generous Emirati and Egyptian support for General Khalifa Haftar, Egypt seemed unhappy about several matters that later led to a dispute; if it did not appear in public, then it has become a fait accompli. Among these disputes, Haftar evaded Egyptian officials while he continued to consult directly with Emirati officials. Egypt also resented Haftar about what it considered a lack of commitment to political and security cooperation between Libya and Egypt, and the differences in strategy also extended to the UAE’s position on this issue. According to several Egyptian officials, what Egypt said proved correct in the end, as there was an overestimate of Haftar’s ability to control Tripoli despite the UAE, Egypt, and Russia’s support.

On the other hand, private Arab and Egyptian sources revealed what they described as “deep differences” between Egypt and the Emirates, due to an Israeli proposal to Abu Dhabi to build a land corridor linking it with the Gulf states, including Saudi Arabia. This corridor aims to reduce the time for transporting oil, natural gas, and distillate products from Saudi Arabia and the Gulf states to the West, according to the Israeli economic newspaper, Globus.

The sources said that within the concerned Egyptian departments, a state of great anger, due to the actions of the UAE and Israel, when Cairo is making great efforts to serve on files for the benefit of both Abu Dhabi and Tel Aviv. This step threatens the fate and future of the Suez Canal, which represents an important input to the Egyptian economy. So, the negative effects of the project on Egypt, despite being a strategic ally of the Emirates, appear, which can be considered a stab by Abu Dhabi in the back of Cairo.

Abu Dhabi policies constitute a clear bias towards Israeli interests at the expense of Egypt, as the passage of oil through the Suez Canal will stop, and it will provide payment for the passage of ships through the Egyptian Canal, to pass through Israel instead, so that the latter will gain the return of the financial project.

In another matter, the file of the official normalization of the UAE increased its relations with Israel, and its move to pressure other Arab countries to follow suit without notifying Sisi of this step until a few days ago, as the Egyptian regime worried about the growing role of the UAE in the region at its expense. Cairo considers that Abu Dhabi is trying to present itself as a leading force in promoting normalization with Israel, which reduces Egypt’s historical role as a main mediator in the Israeli-Palestinian conflict and the peace process. The UAE’s move in the issue of normalization increased the tension between the two countries, as evidenced by Egypt’s reluctance to send its foreign minister to attend the signing of normalization agreements between Israel, the UAE, and Bahrain at the White House.

The political analyst for the Hebrew newspaper Haaretz, Zvi Bar-El, said, “Peace between the UAE and Israel would shift the center of gravity from Cairo to the Gulf, and contribute to reducing Egypt’s influence and importance.” According to the political analyst, the fear in Egypt is that the Crown Prince of Abu Dhabi, Mohammed bin Zayed, will become the closest to the Israelis and Americans and pull the rug from under Sisi. This is reinforced by what the former Israeli ambassador to Cairo, “Yitzhak Levanon,” said in an article published in “Maariv” newspaper, in which he indicated that the UAE’s move towards establishing peace with the Arab countries and its rapprochement with Israel would lead to the weakness of Egypt. He adds, “With other Arab countries joining the peace train alongside the Emirates, Egypt is losing its leading position in managing Palestinian-Israeli relations and other issues in the Middle East.” 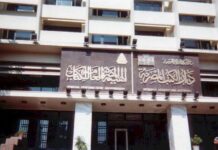 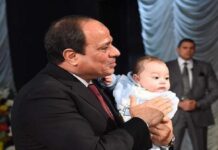